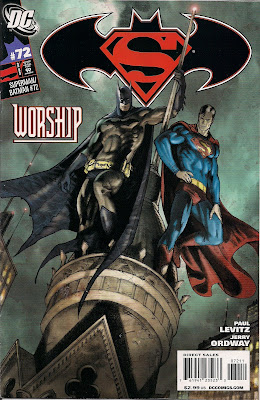 That's what we get as Paul Levitz brings his not inconsiderable writing talent and knowledge of the DC Universe to this book. Our heroes aren't actually together in this first instalment of 'Worship', which is fine by me; it takes away any temptation to indulge in the 'Clark is great/Bruce is tops' narration which had me running screaming from earlier issues.

There is internal narrative in the usual icon-appended boxes - well, thought bubbles are so passe! - but it's speaking more to personality and situation than mutual adoration. So we have Superman awed by the beauty of the universe even after his many space trips, and Batman bemoaning the bright lights of Metropolis. Whereas this kind of thing can feel contrived, as writers strive to show their cleverness, here the monologues seem natural - these are the thoughts the heroes would be having, given their natures. And while we don't see them together, the Batman/Superman friendship is evident in other ways.

Superman is in outer space to sort out a meteor threatening to harm other worlds. It's the kind of mission we used to see regularly, before creators seemed to decide that if Earth wasn't directly involved in a crisis, it wasn't happening. But here we do have Superman considering himself protector or the entire universe, and it's refreshing.

Sadly, a moment of overconfidence sees our hero hurt and a planet paying the price. While Superman does what he can to repair the damage, he makes no friends.

A watching Lex Luthor - he has rather advanced CCTV - instructs his people to research this new world to see if its people can be useful to him (they should just ask me, I have a tremendous eye for Silver Age fashion and faces). More local cameras bring Batman's presence in Metropolis to his attention - he's beamed in to help Lois, having been alerted to the fact that she's in danger.

He knows due to something I've not seen previously, but it's a device that makes massive sense given Lois' position as Mrs Superman. And that role also explains just why she puts up such a good fight against kidnappers, using martial arts - presumably Kryptonian Klurko. Luthor is impressive here too, positioned not simply as Superman's nemesis - while his motives and ends are very different, his methods and thought processes aren't so far from Batman's.

Throw in a corker of a cliffhanger and you have a wonderfully well-crafted, thoroughly entertaining comic book script.

Add to that the artwork of illustrator Jerry Ordway and colorist Pete Pantazis and you have a classic DC Universe story in the making. This is gorgeous work. Take a look, click to enlarge, I'll wait. 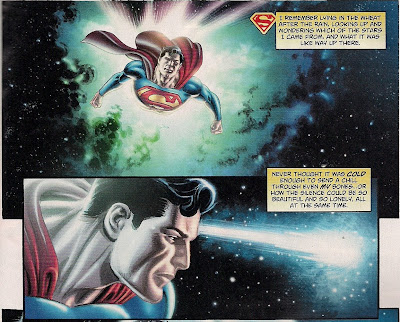 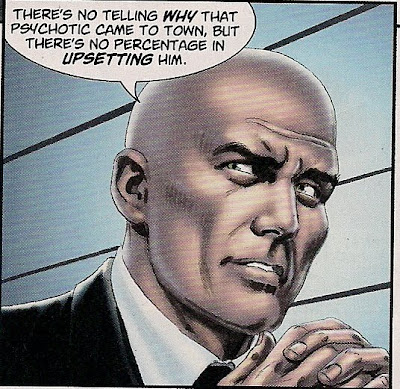 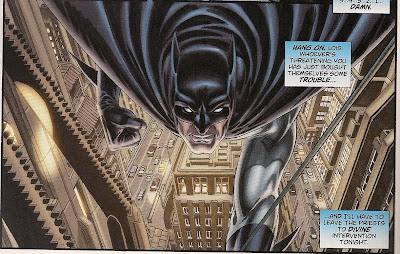 Seriously, if DC said Superman/Batman #72 was the work of some fantastic new team the book would fly off the shelves. But because Ordway has been producing rock solid artwork to regular deadlines for a couple of decades, this tightly composed, marvellously rendered work won't get the attention it merits. Here he's creating his artwork in ink wash with plenty of extra tone, so that when Pantasiz adds colours the pictures pop with a painted effect. If any editors are reading this, could we please see this art team regularly somewhere? DC's coming Earth One line would likely be an excellent fit, a Wonder Woman book perhaps. Maybe even one written by Levitz - he does have form with the Amazing Amazon.

But back to the current comic, which features a moodily attractive cover by Fabrizio Fiorentino. It's part of a continued storyline, wrapping up in #75's giant anthology - yet part one gave me a satisfying experience in and of itself. With character, action and ideas, all beautifully expressed, I thoroughly recommend it. The entire creative team - let's not forget Steve Wands, who presents an alien language alongside his typically fine lettering job, and editors Rex Ogle and Eddie Berganza - should take a bow.
Paul Levitz Jerry Ordway Pete Pantazis Steve Wands Fabrizio Fiorentino Rex Ogle Eddie Berganza