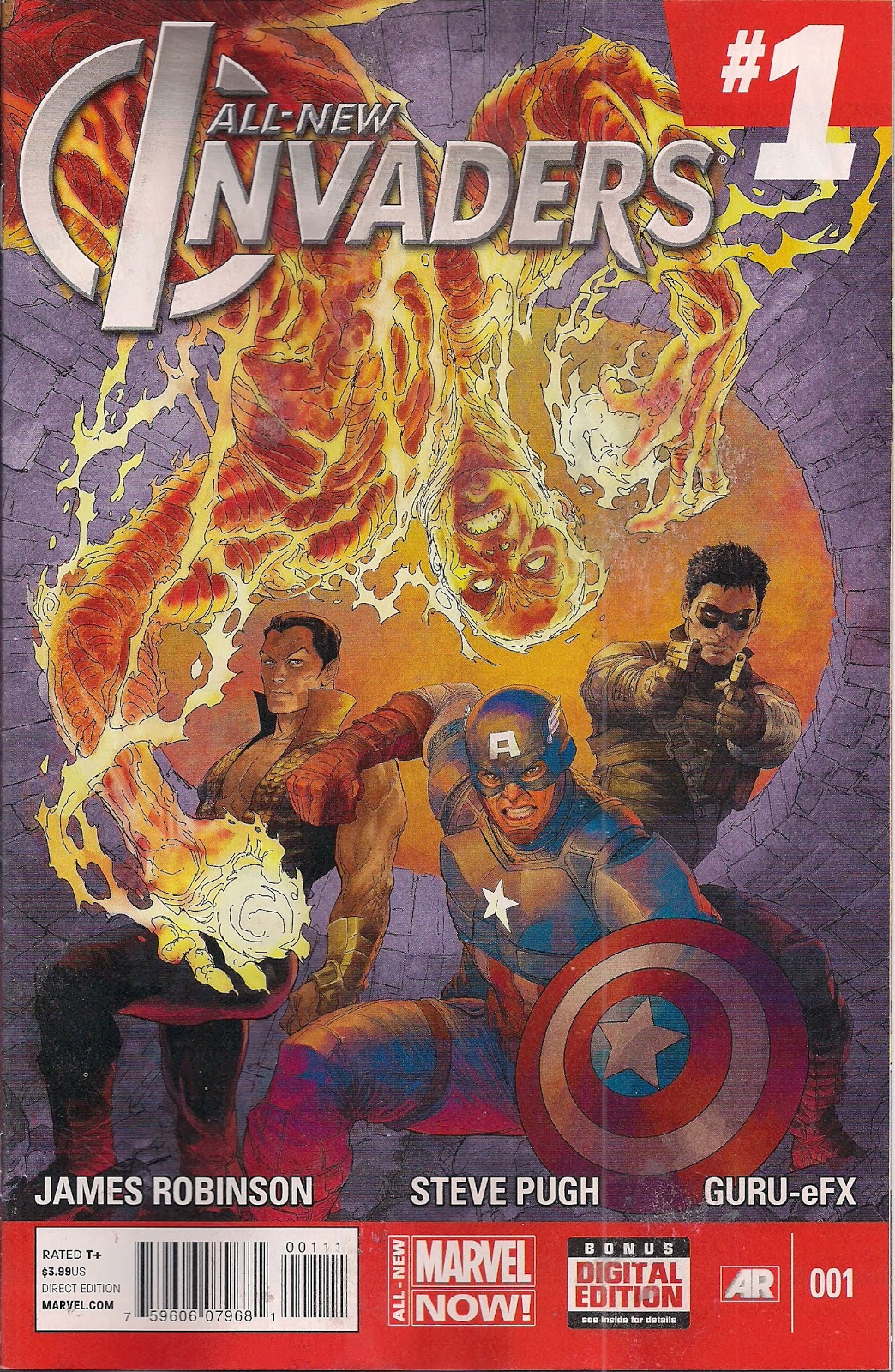 OK axis, here we come! That was the battle cry of the Invaders at their Seventies height, when Roy Thomas, Frank Robbins and a bunch of other creators revealed untold tales of Captain America, Namor, Human Torch, Toro and Bucky in the Big One.

This comeback comic is set in the present day, is absent Toro and as yet, there's no rallying call. But if one comes I'll be there to see it, as in just one issue, core creators James Robinson and Steve Pugh have grabbed me but good. Because this is rather the fun comic, with well-loved characters in surprising situations.

For example, there's the Torch, Jim Hammond, fighting a Kree warrior woman for the life of his town. There's Norse Queen of the Dead Hela tormenting patriotic Invader Major Liberty in a World War Two-set scene.

Major Liberty? Yes, this obscure fellow has usurped Cap's place in an apparent memory of Jim's, one he feels he's experiencing, more than recalling. It's a tad confusing, even for an artificial human who's lived for almost a century.

Robinson does a splendid job showing us Jim's new life away from New York; in search of peace he's settled into Blaketon, Illinois. He's found himself a job as a car mechanic ('I have a thing with machines'), a diner that serves good pie, and a waitress who's sweet on him.

So of course, it can't last - after a few pages of Jim's idyllic new life he's fighting to preserve it. In a nice touch, Jim wonders if blue skin means the woman who's ambushed him is one of Namor's Atlanteans. In fact, she's Kree-Lar's Tanalth the Pursuer, on Earth in search of a maguffin.

Torch fights like a fury to save his new friends, but things aren't going too well. Then a couple of old pals turn up ...

While I loved the original Invaders book, this new series has a couple of big black marks against it - Cap's hideous new 'realistic' duds, and Bucky's kill crazy Winter Soldier persona. Luckily, it has one big plus - James Robinson, whose work at DC Comics has shown his facility for getting into the minds of the old timers and making them fresh.

We have yet to see how he's going to handle the modern versions of Cap and Bucky, but I have faith. And given that two years ago DC dismissed its history as unimportant, if Marvel wishes to pick up some of the slack, I'm there. Who knows, Robinson may even give us a legacy hero or two.

For now, he's delivered a first chapter that lays down a decent mystery - why doesn't Jim remember his memories? - while using action to reveal character. I like that while he's a veteran superhero, always ready to defend the weaker, Jim just wants a bit of peace. 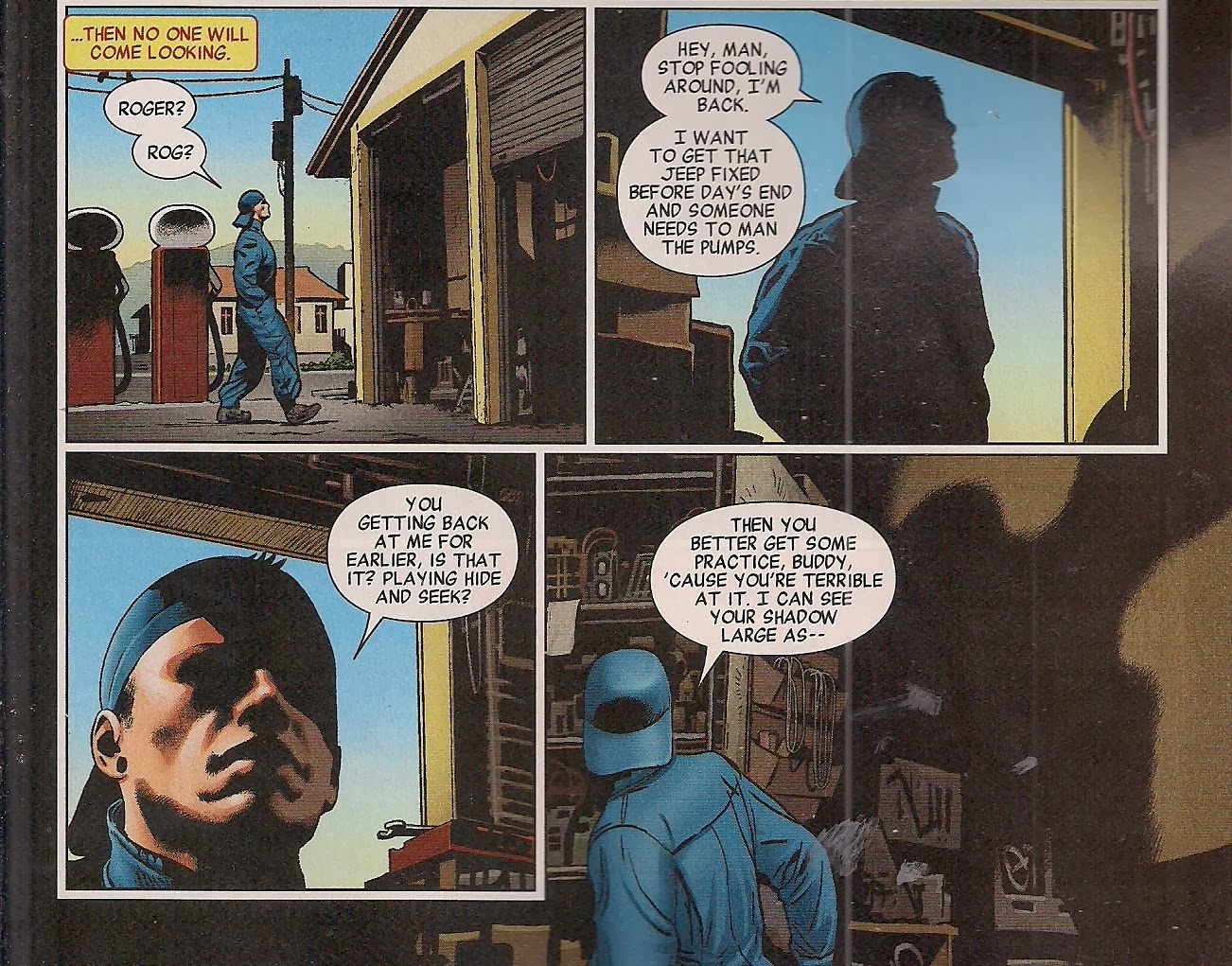 I also like Steve Pugh's illustrations, which tell the story with intelligence and style. Look how well thought out this sequence of Jim returning to his workplace is so far as building suspense goes (click on image to enlarge). 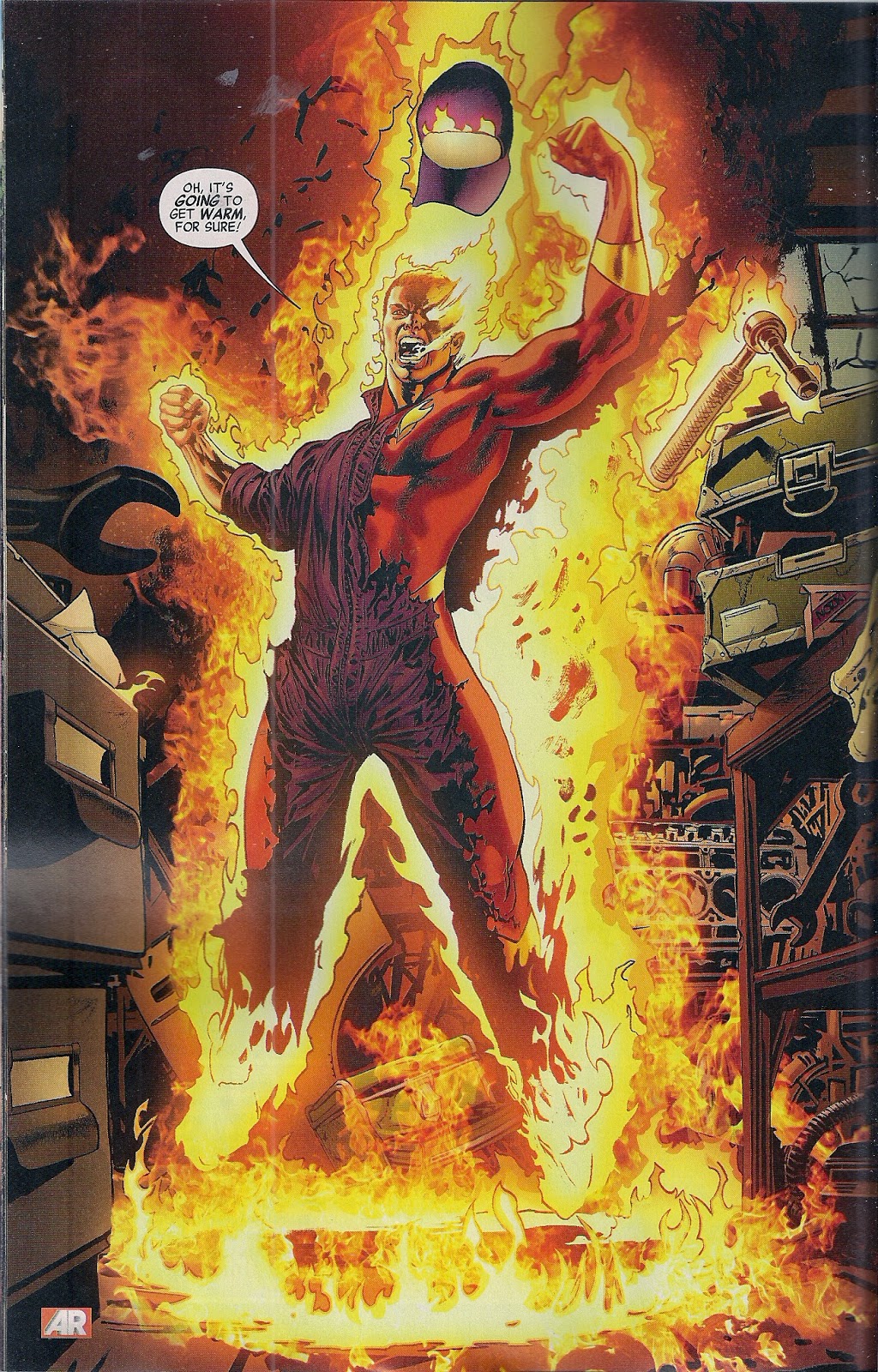 As coloured by Guru-eFX, Pugh's work has a pastoral Alex Ross quality, without that artist's stiffness. Torch fair blazes off the page, never more so than in his splash reveal. And check out the hat - Pugh remembers that heat rises. 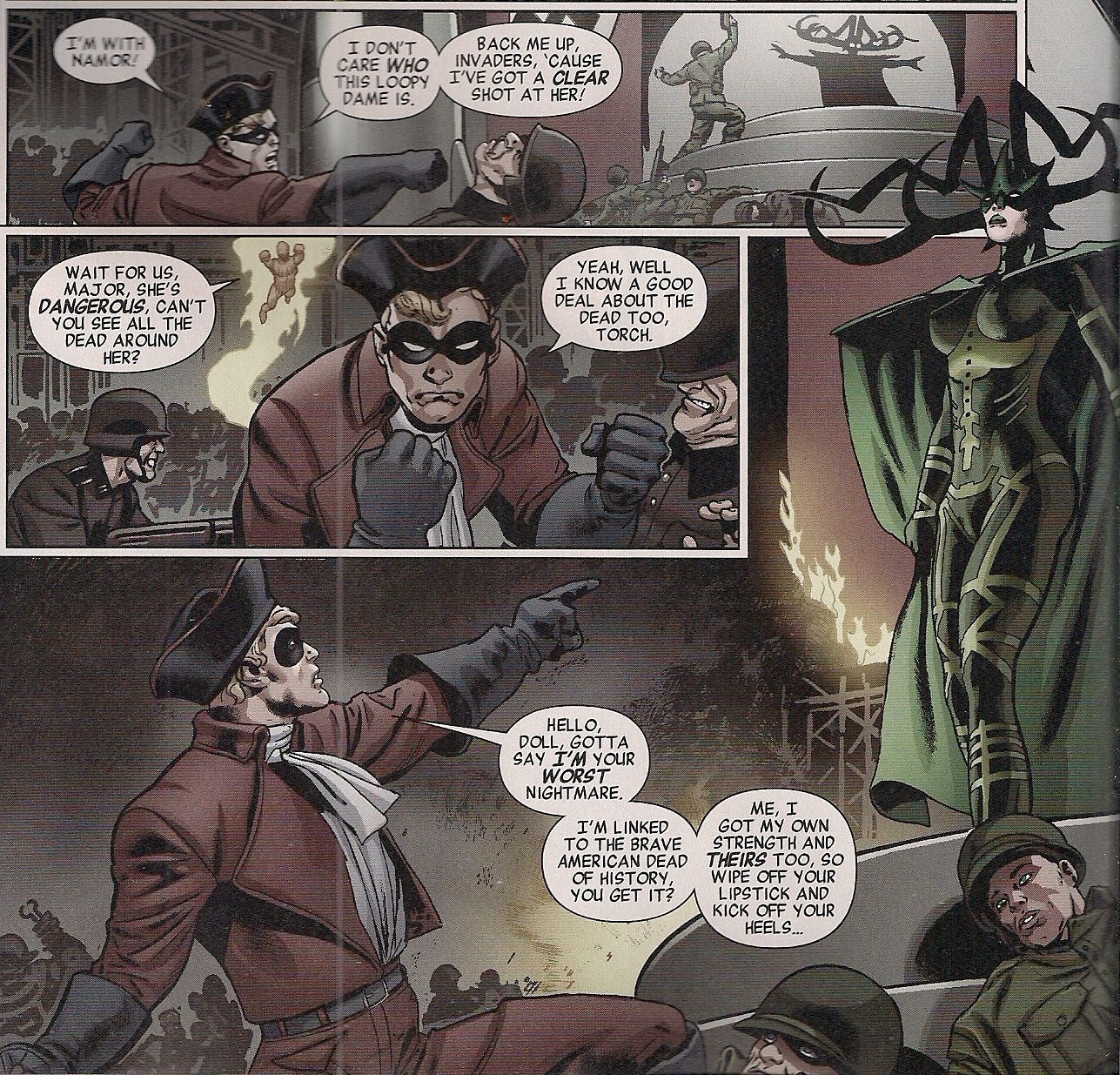 One thing with the colours, though - washed-out sequences are a terrible cliche for flashbacks, I'd like to see Guru come up with another approach.

A few comments as regards the production design: the cover stock is appalling, even thinner than the interior paper, and certainly not good enough for a $3.99 price tag. The logo is hideous, especially the Avengers-style branding around the 'I'. And the credits spread of recoloured, repurposed images is visually appealing but a waste of space only just better than Jonathan Hickman's snoozesome Avengers charts - it'd be great as a collected edition frontispiece, but if there are story pages available, tell us a story.

I do, though, appreciate the clever recap page to catch up newer readers, and older readers like me who have, pardon the expression, lost the plot.

Mukesh Singh's cover illo looked great as promotional art; here, the trade dress and logo take away from it something rotten.