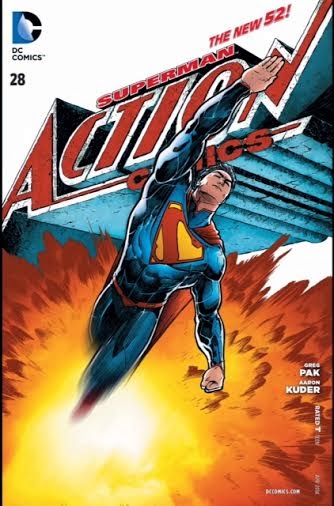 We're seven miles below South America and Ukur the Beast Master has proven not to be the threat he first appeared. When his monarch emerges  from an imprisonment that lasted hundreds of years, she's extremely grateful to 'Queen Lanalang' and her slave, Superman, for their part in freeing her. She extends her hospitality, allowing the Smallville pair to catch their breath after recent exertions in a scene which emphasises the connection - and distance - between these old pals.

But there's a serpent in this subterranean paradise - Ghost Soldier, agent of Tower, tasked with making contact with the matriarchy for whatever the shadowy organisation might gain. And is Kokya, Queen of Subterranea, the benevolent figure she seems?

Friend or foe? That's the question that powers this continuation of Superman and Lana's under-Earth adventure. Ukur is firmly on the good side, proving to be a bit of a bungling barbarian, as is Baka, the changeling child Superman befriended last issue. Ghost Soldier has some surprises in store, while Kokya, with her energy generating orbs (steady!), could prove an amazing new ally to the billions of people above (click on image to enlarge). 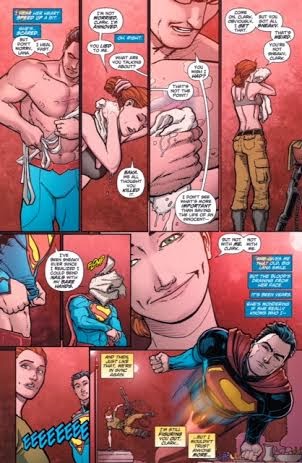 Suffice to say, there are hijinks aplenty, courtesy of writer Greg Pak and illustrator Aaron Kuder. They first address last issue's cliffhanger and it's safe to say I didn't see that coming, then deepen their take on a journey to the centre of the earth. And all the while we learn more about Superman and Lana: how they see themselves, how they see one another and why they'll always be friends. There is a nod to Lana's old continuity feelings for Superman, but I don't think the creators are planning any sexual tension between them while the stunt romance with Wonder Woman is ongoing. 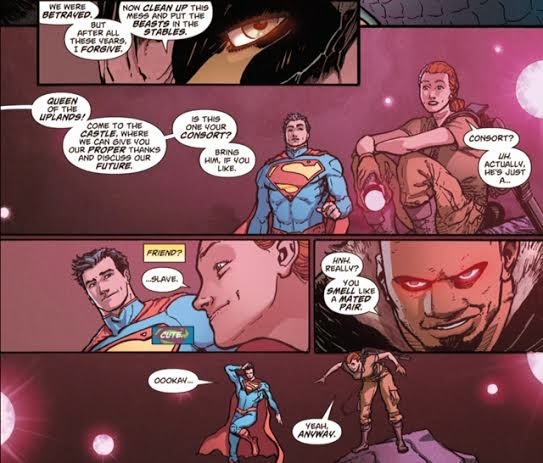 Pak and Kuder have built an amazing synergy which means I find myself savouring every page. Pak's engaging story, told via smart, funny, insightful dialogue and Superman and Lana's back and forth narrations is classic Action Comics given a jolt of electricity for today's readers. A detail I missed previously is that Tower Command, whom Ghost Soldier serves, has to be the Tower referenced in recent issues of Superman. I hope that plotline plays out over there, as I'd be very happy for Action to remain a General Lane-free zone. I'm so sick of that guy. And while we don't get any direct Smallville flashbacks, there is a cute little memory evoked.

Kuder continues to produce the best-looking, most dynamic Man of Steel since the 2011 reboot - I especially love how he uses the cape to imply speed. His storytelling is strong, from the opening splash of our four heroes - Superman, Lana, Baka and Ukur - primed to face the unseen menace, to the closing tease. The designs of Subterranea's denizens (gotta use 'denizens' for an underground yarn) continue to be madly gorgeous, with the creatures introduced this time - let's call them 'Eeps' - demanding to be seen more. The facial expressions and body language are as fine as you'll see in any comic book, the use of perspective and depth is first class, and I'm tempted to post splash after splash but really, you should discover them for yourself. Perhaps just one, as a tempting morsel ... 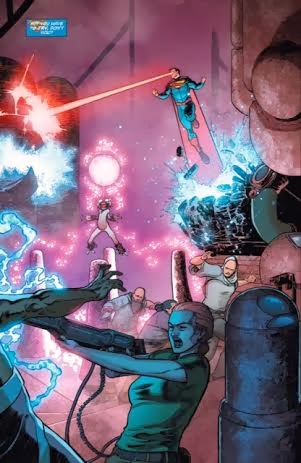 If that doesn't make the back of the trade collection of Superman Under the Earth (made that up!), nothing will.

Kuder balances the big moments with finely detailed smaller shots, pacing out Pak's script in masterful manner. And all the images are brilliantly coloured by Wil Quintana, who gives Subterranea a consistent palette that indicates we're in another world. 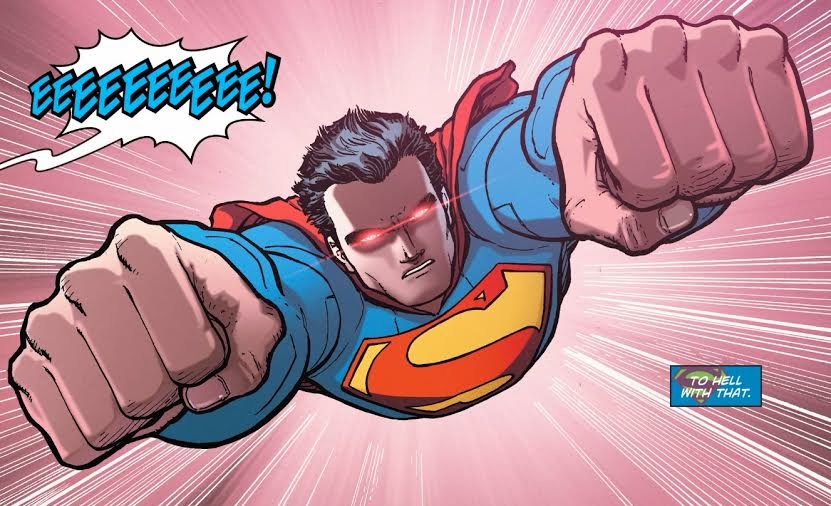 And while we do get one of those red-eyed Superman shots that we see far too frequently these days, Quintana dials down the beam so Superman looks less angry, more determined, allowing us to admire Kuder's beautiful image of hero flying forth to do good - and look at the superb use of speed lines. There's good work, too, from the generically mysterious 'DC Lettering', but boo to them for using the Superman masthead from the Superman/Wonder Woman book rather than the telescoping classic.

Mind, I'm good with the one-off tweaking of the Action Comics logo on the cover, as Kuder comes up with an eye-catching treatment worthy of the great Ed Hannigan.

The current story enters its fourth month next time, and I'm nowhere near bored. The Pak/Kuder Action Comics is Superman at his best, a hero to admire and inspire, and I'll never tire of reading about him and his friends.
Aaron Kuder Action Comics #28 review Baka DC Lettering Greg Pak Lana Lang Ukur Wil Quintana