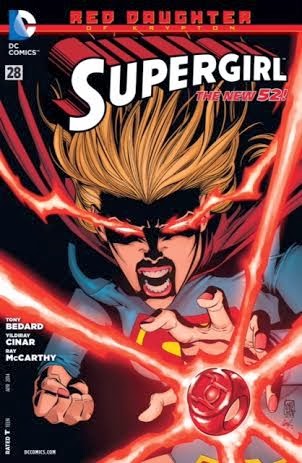 Supergirl and Lobo are fighting at underground science station the Block. Kara is angrier than ever before, bitter that Earth seems to have nothing to offer but pain. The fight goes worldwide when Block boss Shay Veritas expels the pair to stop the facility and its inhabitants from becoming collateral damage (though lurking demon Blaze may make Veritas' efforts a moot point). The super-slugfest winds up in New York, where Kara's former roommate Siobhan is attracted to the field of battle ...

It's not a typical comic book coincidence that the war between Kryptonian and Czarnian winds up in Supergirl's former neighbourhood of Queens - Lobo leads Kara there deliberately, knowing she's less likely to cut loose in her own backyard. He doesn't know its her former backyard, Kara having abandoned it awhile back when she thought she was dying. Regardless, Supergirl pauses from her frenzy long enough for Lobo to make her an offer. It's not one Kara takes to, and soon she's enveloped once more by the red mist. Red mist that attracts a Red Lantern ring.

The fact of the ring's arrival would be the big moment if DC hadn't been trailing the Red Daughter of Krypton mini-event for months, if the cover didn't show the moment and, most of all, if we hadn't already seen full-on Red Kara in the Red Lanterns/Green Lantern #28 flipbook a couple of weeks back. Happily, Supergirl #28 is full of good stuff courtesy of writer Tony Bedard and artists Yildiray Cinar and Ray McCarthy. There's the characterisation of Kara which, unpalatable as it is, gets her to the position in which a red ring offering itself to her seems plausible. There's the unexpected return of Siobhan, who looked to have been sent to an apartment in comics limbo an issue or two back. And most of all, there's the new Lobo, whose understanding of psychology is up there with his fighting skill - he's not 'my' Lobo, but Bedard makes him compelling. There's an oddball chemistry between Kara and Lobo - the mercenary even gets to co-narrate, as has been the case with Superman and Lana Lang in recent Action Comics - and I look forward to them meeting again. 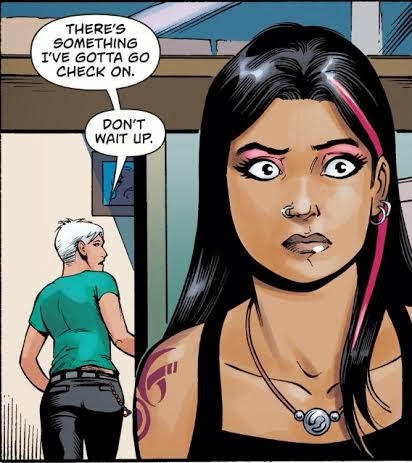 I also hope we see more of Siobhan's new flatmate Alexa, who's a cheeky wee mare but brightens up the page thanks to Cinar's character design. Siobhan looks cracking too, as does Kara when she's not twisted by rage. Then she looks darkly impressive, a million miles away from the Supergirl I want to see, but I'm assuming bitter, whiny, mad Supergirl is the 'high point' of a particularly nasty speed bump. Red Lanterns has already shown us her first steps to regaining control, and it seems the Red Daughter arc is going to bring us a more classic Supergirl. 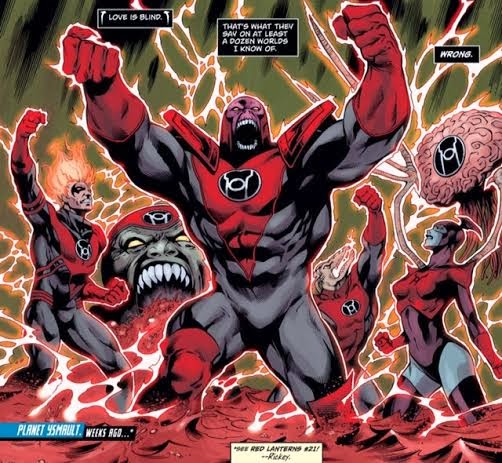 It's already giving us Cinar and McCarthy's striking take on the main Red Lantern group in an image accompanying Bedard's rather brilliant insight into Love vs Rage in the New 52 DC Universe.

Other visual highlights include the depiction of Kara's super-speed, the power of her eye-blasts and the close-ups of Kara in her calmer moments. Dan Brown's colours make the art pop even more than it already does, while Rob Leigh's letters sit brightly on the page, always letting us know who's talking when.

Unfortunately, the only bit of art I dislike this time is the showcase piece, the cover by Giuseppe Camuncoli and Cam Smith - it's something to do with that freaky mouth, which looks to be distending, Alien-style.

Still, that's just one negative in an issue full of positives. It's a bugger that Cinar is leaving this series, but with Bedard at the helm, I know we're in for good times. He really does get who Kara is and, more importantly, knows who she should be. Getting there is going to be a bumpy ride, but it's going to be a fun one too.