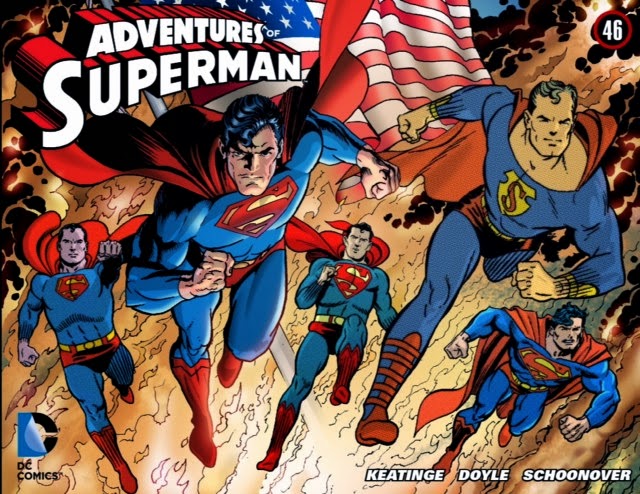 This digital first series has given fresh meaning to the term 'all-ages' as it spans the many eras of Superman to bring us excellent stories divorced from the current comic book continuity.

This week's 99c issue is another huge treat, as it focuses on Superman's earliest days and how a superhero from another world changes the Earth. The 'true' Golden Age continuity is set aside as writer Joe Keatinge imagines how things might have been had the comics not felt obligated to keep the world around Superman as recognisable as possible. So, in this USA, politicians and scientists are inspired to instigate a space programme decades earlier than would otherwise be the case. By the end of this first of three chapters, Superman, full of hope and excitement, is leaping into the sky to solve a mystery. 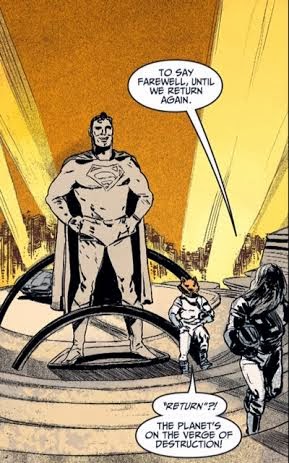 In a framing sequence, a different spin is put on proceedings by a version of Jack Kirby's Kamandi, who is telling the story to his king as the people of Earth leave the planet to escape destruction.

That's the only aspect of this offering I'd change - I've never cared for Kamandi and would far rather the three-of-20 pages spent on him were devoted to the main story, which is full of charm, imagination and nods to Superman's history.

Of the latter, my favourite is a scene which plugs Superman's Silver Age scientist pal Professor Phineas Potter more deeply into the Metropolis Marvel's past than we ever knew. And I love that Keatinge has Potter refers to 'K-metal' - the original name for Kryptonite in a Siegel & Shuster story DC refused to publish in the Forties.

While I'm not down with the 'last boy on Earth' I can appreciated the lovely way the Kamandi sequence is drawn by Ming Doyle and coloured by Jordie Bellaire, space age stylings with a twist of lemon. Even more, though, I adore the main story illustrations by Brent Schoonover, coloured by Nick Filardi, which take their visual cues from the first year or so of Joe Shuster's work ... and Bob Kane's too, as we get a most unexpected team-up. 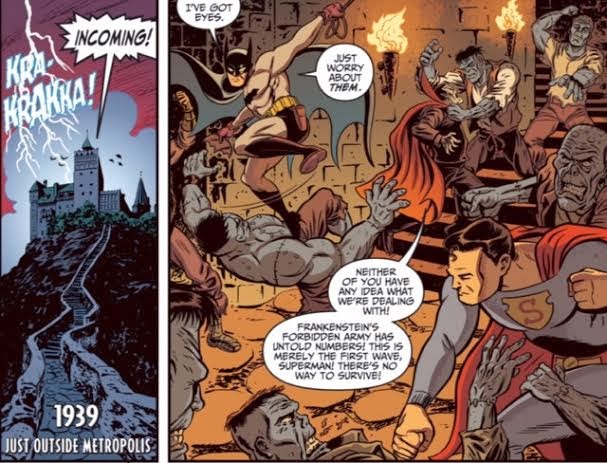 And on the cover, veteran Superman artist Jon Bogdanove and design house Madpencil Studio do a great job aping various versions of the hero, right down to Benday dots on the Shuster homage.

Want to see more Schoonover Superman? Me too, but this art team is handling only the first chapter, with other creators coming in for the final two parts. If I win the lottery this week, bet that I'll be paying DC to commission a Superman 1939 graphic novel from Keatinge, Schoonover, Filardi, letterer extraordinaire Wes Abbott and editor Alex Antone. Before that, check out Schoonover's prep work for this issue over at his blog - it's brilliant stuff.
Adventures of Superman #46 review Alex Antone Joe Keatinge Jon Bogdanove Jordie Bellaire Kamandi Madpencil Studio Ming Doyle Nick Filardi Wes Abbott