The Shadow falls on ... Alan Grant and Norm Breyfogle 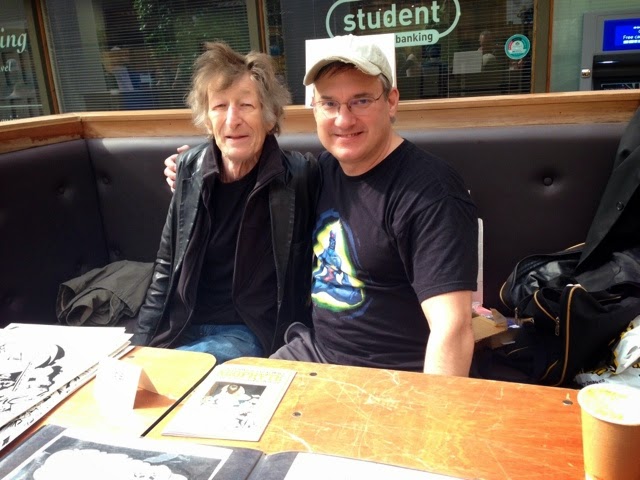 To the awfully titled, but awfully fun, Something Bloody Awesome convention at Edinburgh University Students' Union. There were some great old comics on sale, lots of cosplayers on view and, of course, panel talks to attend.

The highlight was seeing classic Batman creative team Alan Grant, above left, and Norm Breyfogle, right, talking about their runs on Detective Comics, Batman and Shadow of the Bat, during which time the writer and artist co-created such now classic characters as The Ventriloquist, Anarky and Mr Zsasz. The teaming was so popular that Shadow of the Bat - the first new Batman ongoing for decades - was created to showcase their take on the Gotham Guardian. 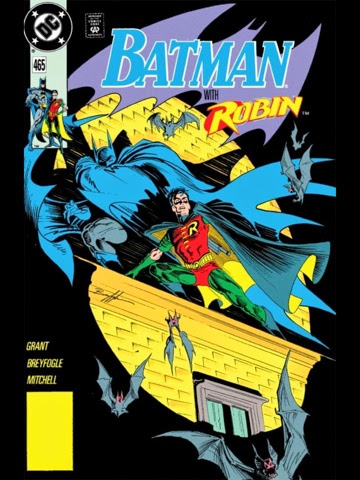 It was intriguing to hear that Grant so disliked the ever-growing Batman Family that he proposed a story in which a fair few were wiped out. Unsurprisingly, the story was rejected, so Grant simply kept supporting characters out of the book so far as he could, using the likes of Lucius Fox once a year or so.

Their love of Batman was obvious; Grant wasn't a fan of Robin, though, and would put Tim Drake in stories occasionally only to please Editorial and the fans - among them, Breyfogle. Apparently today was the first time each learned they could have been reunited soon after their Batman partnership ended, each being asked separately to work on the new Robin ongoing. Both refused - Grant because of the aforementioned preference for solo Batman, and Breyfogle because he had a creator-owned deal elsewhere.

Grant's departure from the Batman books was less pleasant - sacked via fax at 1am on a Saturday morning along with fellow Bat-writers Chuck Dixon and Doug Moench. After ill-health saw longtime editor Denny O'Neil hand over a measure of control to his assistants, Grant, Dixon and Moench found themselves on the outs so far as contributing to the direction of the books was concerned. They turned up to one of the regular creative summits to find their ideas unwanted, the next big crossover, Cataclysm, mapped out. Despite their lack of enthusiasm, the writers went along with the storyline and did their best. When Cataclysm proved a sales success, the assistants took that as proof their steamroller tactics were valid. The attitude was that so long as they chose the direction of the books, it didn't matter who was writing - Grant, Moench and Dixon were out.

Grant and Breyfogle did reunite on a shortlived Anarky book, which was hobbled by editorial insistence on the inclusion of such super-powered types as the Justice League and Anarky, taking Anarky out of his natural milieu. And the series was cancelled before Grant could reveal that nope, the Joker wasn't his father. 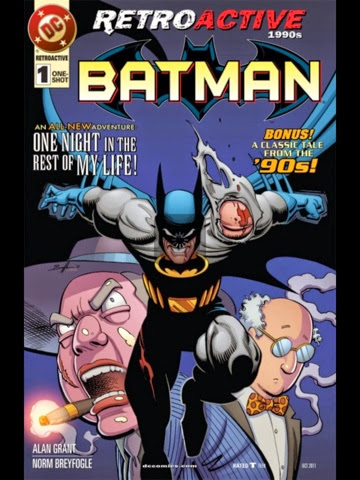 Years later in 2011, Grant was asked back again, along with Breyfogle, for DC's Retroactive promotion. They produced a deliberately throwback 'Nineties' issue which showed the old synergy survived. The issue was well received, the pair submitted proposals for more new material to DC - and are still awaiting a response. Not even a polite 'no thanks' - a shameful way to treat creators who've made a lot of money for you over the years. A dozen or so Batman titles and no room for a couple of hugely talented veterans who've proved time and again that they can produce timeless superhero stories that actually build the Batman mythos? DC are missing a trick, and shortchanging fans.

It's not as if the sanguine Grant and charming Breyfogle are down on their luck veterans desperate for work, with the former still creating fresh scripts for 2000AD and working on such other projects as Scott vs Zombies, and Breyfogle one of the top artists at Archie Comics. The pair could bring a blast of fresh air to the Batman books, as they did 20 years ago - let's hope someone at DC eventually realises that.
Alan Grant Anarky Batman Norm Breyfogle Robin Something Bloody Awesome