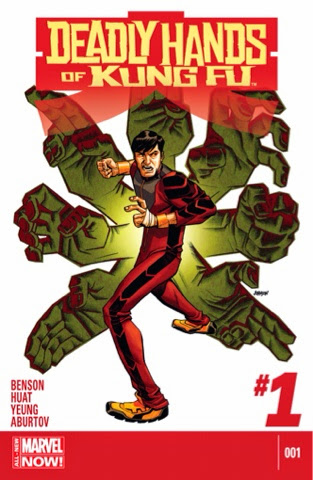 One of my favourite comics of the Seventies and early Eighties, Master of Kung Fu featured Shang Chi, son of Fu Manchu, in psychologically complex, ornately drawn yarns.

Since then Marvel has lost the rights to use Sax Rohmer's villain and original characters, but Shang Chi, being a creation of Steve Englehart and Jim Starlin, has continued to pop up, most recently as a member of the Avengers.

Now he's back in a new mini-series and I really wish writer Mike Benson and penciller Tan Eng Huat hadn't bothered. Shang's old love, MI6 operative Leiko Wu, is killed in the first few pages, a fridging of the like I thought we'd long since seen the back of. Shang is unrecognisable as the young martial artist he was - OK, the red kung fu pyjamas are long gone, but under Huat and inker Craig Yeung he looks nothing like he did in the classic days. Instead of the distinctive Chinese features, he looks like ... I dunno, a middle-aged Welsh accountant, maybe. And colourist Jesus Aburtov doesn't help, changing his hair colour from black to brown midway through the issue. It's like none of the artists realise Shang is an existing character.

After the initial downer of Leiko's death, the script doesn't get any better, with Shang Chi besting Captain America bad guy Crossbones ridiculously easily before learning of the tragedy and jetting off to London. He meets old pals the Sons of the Tiger - which new readers would never know as Benson provides neither proper namechecks nor context - and collects a memento. This motivates a thoroughly exciting page, representing 1/20th of your $3.99 experience. 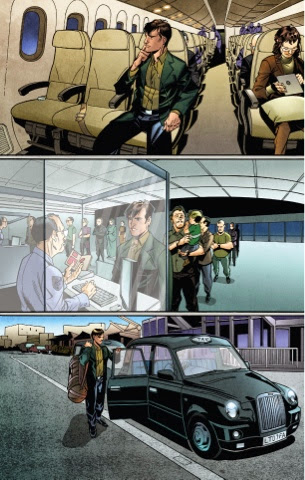 There's a fight on the streets of a vaguely rendered Chinatown, the reappearance of old MoKF colleague Black Jack Tarr - happily, Benson lets the reader in on his identity and status - and that's it. Benson does a decent job with Shang's internal monologue, making it introspective but not self-indulgent, and seems to have a story worked out, but I won't be back for more. Kicking off a tale with the casual killing of a character who was hugely important in the original series puts my back up. 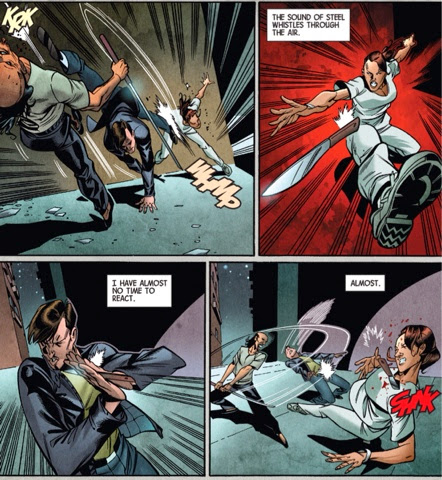 And artwork that fails to respect what's gone before and is, frankly, awkward where it should be elegant, doesn't encourage me to spend any more money on this series.

I hope this comic finds its audience. Me, I've been reminded of how much I enjoyed Shang's original run and will be hitting my back issue boxes at the first opportunity.
Craig Yeung Deadly Hands of Kung Fu #1 review Jesus Aburtov Master of Kung Fu Mike Benson Shang Chi Tan Eng Huat