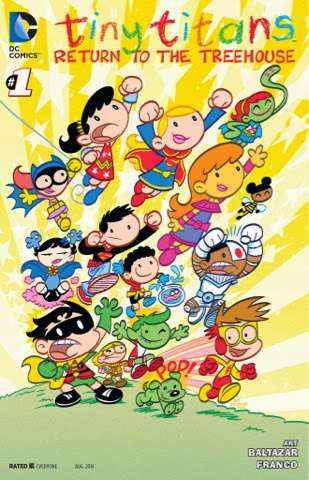 Aw yeah, the Tiny Titans are back and it's like they've never been away. The comic's title is more literal than I expected, as it begins with Supergirl, Superboy, Streaky and Krypto arriving at the spot where the Treehouse is perched, itching to tell everyone about their Superman Family Adventures.

Sadly, it ain't there - it's been taken by the very naughty Psimon and Brainiac 5, who have shrunk it as part of their bid to join the Brainiac Club. Can the Super Family, along with Robin and Bathound, find their friends? Or will Raven, Terra and Beast Boy remain Really Tiny Titans? 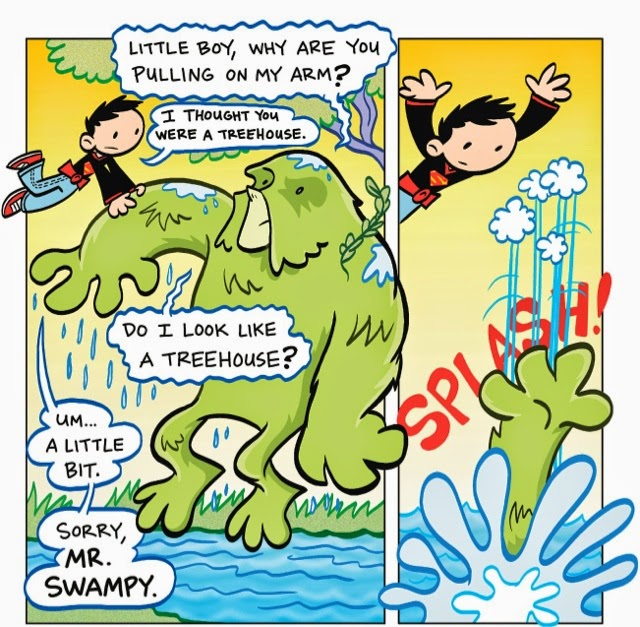 This is colourful, all-ages fun from start to finish as Art Baltazar and Franco revive the classic DC Universe's coterie of kiddie crime fighters. We also get great guest appearances from Metamorpho, Swamp Thing and Solomon Grundy, Terra back to her stone-throwing best ... and Bat-Penguins. A Joker cameo on a Batcave monitor makes the point that DC grimness has no place in this comic and that's fine by me.

While they're not in the issue, just seeing the cute versions of Donna Troy and Wally West on the cover makes me ridiculously happy. With luck, they'll show up before this six-issue victory lap ends. Meanwhile, we have edible artwork, sparky dialogue and a delightful world in which to lose oneself for a few minutes. That's a win, I'd say.
Art Baltazar Franco Tiny Titans: Return to the Treehouse #1 review