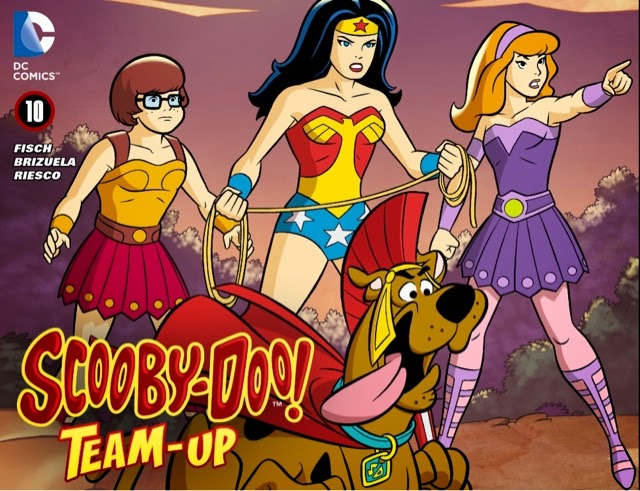 The creatures of myth are on the loose and Mystery Incorporated are in the thick of it. Given that they're visiting Paradise Island, it's not so unexpected; what is weird is that the monsters are appearing, attacking ... then vanishing as if they'd never been.

The opening instalment of this two-part "digital second' story ended with a Cyclops about to turn the gang, Wonder Woman and her Amazon sisters into pancakes. The conclusion opens with the giant heading for a fall before the mystery deepens. In short order the villain of the piece - a Golden Age baddie rarely seen since - is revealed and order is restored, but not before we've had plenty of great gags and good-natured action. 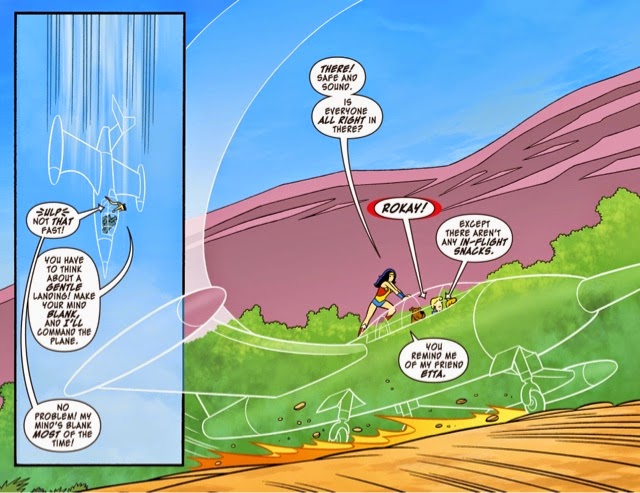 Traditionalist Wonder Woman fans such as myself will be delighted by the revelation of the puppet master, as well as the nod to Diana's best pal and the inclusion of Kangas, not least old favourite Jumpa.

The Hippolyta here isn't the decidedly dodgy figure of New 52 continuity, it's the wise Silver and Bronze Age version (OK, Diana's mom wasn't perfect, but she didn't lead a nation of murderapists). Diana's sister Nubia is on hand too, but it's Wonder Woman who really shines, leading the fightback against the dastardly foe.

The members of Mystery Inc, likewise, are on fine form, with Fred, Daphne, Velma, Shaggy and, of course, Scooby all contributing to the solution of the mystery.

Writer Sholly Fisch weaves an amusing plot around one of the best-known bits of Wonder Woman lore, Aphrodite's law that no man should set foot on Paradise Island. Given his knowledge of Diana's history, and obvious knack for using it as a jumping-off point for a fast-moving, fun tale, let's hope Fisch is tapped to contribute a few stories to the upcoming Sensation Comics digital first title.

If you're yet to try Scooby-Doo Team-Up, this instalment and last makes for a great taster, showing the deceptive ease with which a top creative team can produce a smart, fast-moving, funny TV spin-off.