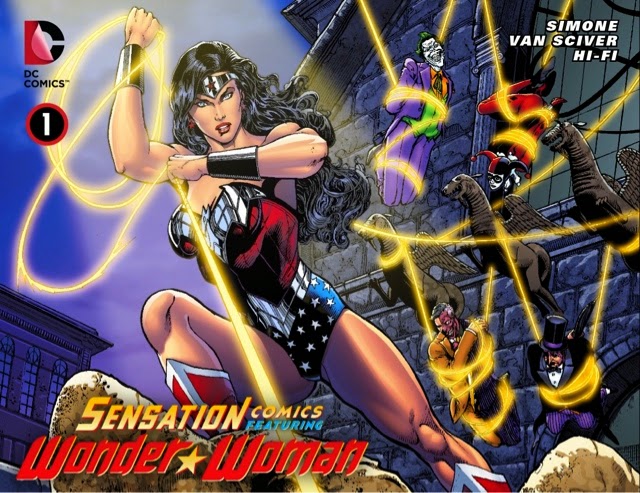 After more than 50 years, Wonder Woman returns to Sensation Comics - and this time it's digital!

Writer Gail Simone and artist Ethan Van Sciver have Oracle summon Wonder Woman to Gotham after Batman's villains put the city's heroes out of action. And courtesy of Amazon armourer Io, Diana has some new tricks. 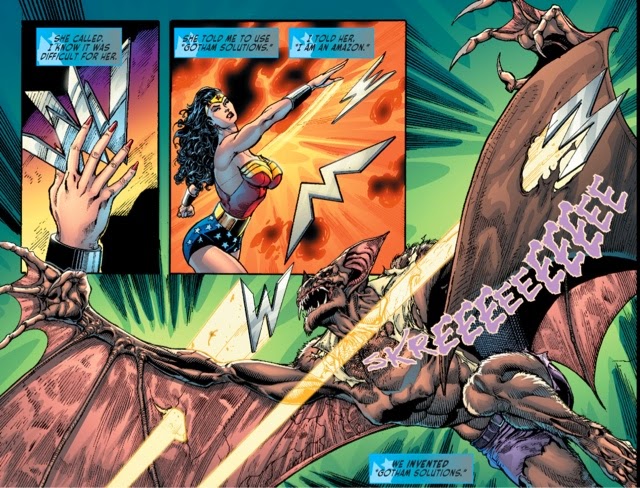 I've heard some carping about the debut edition of Diana's new series being Gotham-set, but if a bit of Batmannery gets extra eyes on a a new Wonder Woman book, I'm all for it. Plus, an opening narration by Barbara Gordon, telephonist-cum-coordinator of the DC Universe, allows for contrasts to be made with other DC heroes. And so what if Diana isn't facing her own villains, this is a two-week deal, Cheetah and co will be along soon enough.

Me, I'm just delighted to see the version of Wonder Woman jettisoned by the New 52 continuity revamp back for another adventure. This is a Wonder Woman I recognise, as much human as god, with well-defined relationships to the wider DCU. Simone and Van Sciver give us fast-moving, good-looking action alongside the novelty of Diana and the likes of Two-Face and Mr Freeze getting to know one another.

And of course, with Simone we're never far from a great line or two. 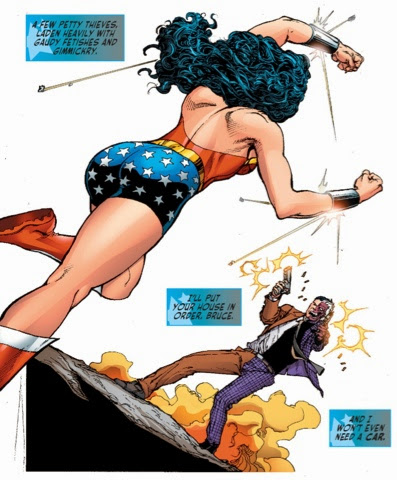 I'm actually surprised by how much of a kick I got from the mere mention of Io, the Paradise Island blacksmith with a crush on Diana from Greg Rucka's run of a decade ago. It's also great to see Barbara Gordon back as Oracle, and in a weird new control room that positions her as a cyber version of Marvel's Madame Web. 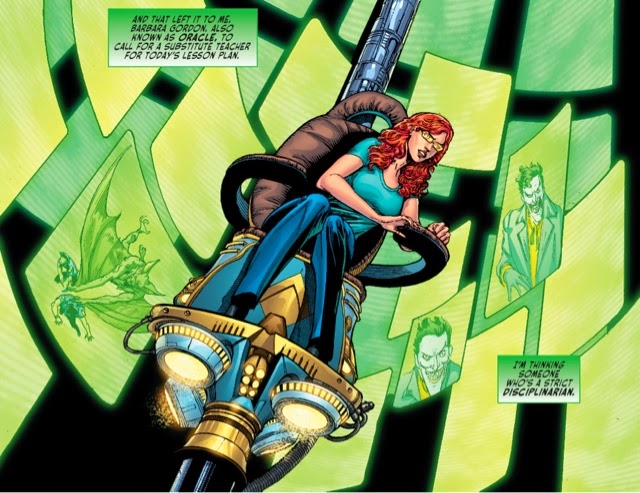 Van Sciver's art, coloured by Hi-Fi's Brian Miller, is a treat; their Wonder Woman is as strong and beautiful as expected, while their Bat-villains are an unexpected delight - Man-Bat especially. The only regular Gotham baddie - well, sometimes baddie - not present is Catwoman, but we do see a few kitties around, so maybe next week ...