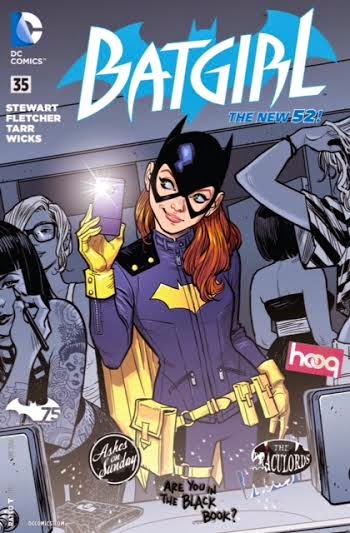 It's the first week of Barbara Gordon's new life as a postgrad in Gotham's buzzing Burnside area and it's not going too well. Her bank account is overdrawn, her research funding hasn't come through, she's fallen out with Black Canary and her computer has been stolen.

What's a Batgirl to do but investigate, and the combination of Barbara's eidetic memory and fighting skills has things sorted by page 20 of an issue that feels a lot longer.

The impression is due to the packed script by Cameron Stewart and Brenden Fletcher, brought to visual life by Babs Tarr's art, after the breakdowns of Stewart. Maris Wicks applies appealing colours while the choices of letterer Jared K Fletcher are vital in selling the story. In short order we meet new roommates Frankie and Liz, learn that Barbara is to work on an urban geography project and see her create a new Batgirl costume. The fresh look is necessitated by her old gear going up in smoke in an explosion at Canary's building.

The outfit is cute, and plausible, but if she's going to be rocking on-trend earrings, she may wish to cover her ears - that mask doesn't exactly hide her face as it is, then there's the red hair, the narrowed area of crimefighting activity and her openness as regards her memory skills. If the new roomies haven't figured things out by the close of this first revamp issue, well, it looks as if someone else has. 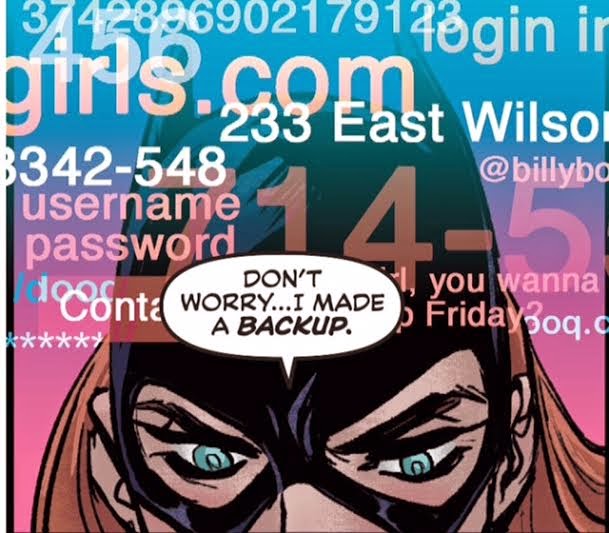 There's a fair bit to enjoy here - the detail in the art is tremendous, taking us through the exterior and interior locales of Burnside. Tarr is adept at telling facial expressions, a huge plus. The new characters are sketched in well enough for a first look. Bad guy Riot Black is a good mixture of believable and comic book nonsense, and the way he's taken down is ingenious. Dinah and her phone is a hoot. The pace is excellent, with Babs' low-key questioning of witnesses presented in a smart back and forth manner that adds interest. 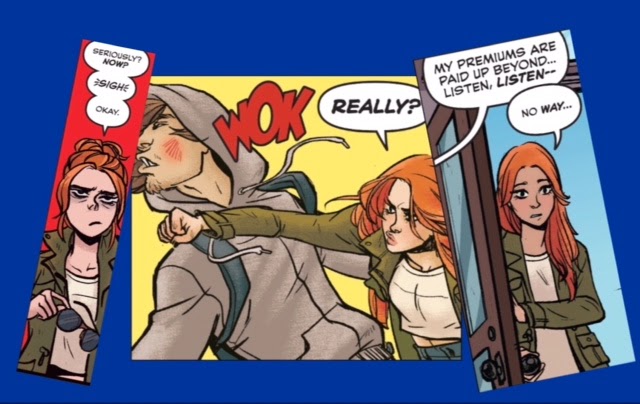 But for a comic that's meant to be a lighter take on Batgirl - just look at that fun cover by Stewart, complete with jaunty new logo - there's a surprisingly sour vibe. Mainly, it's Babs. OK, she's hungover for much of the issue, but my word, she's a grumpy mare, coming across more as a pouty teenager than a supposedly mature 21-year-old. For her, everything seems a chore.

The way she treats Dinah is appalling, Babs is incredibly selfish, moaning about her lost Batgirl gear when Dinah has lost everything she owns and could do with a little emotional support along with the couch.

She's only around for the first page, and pops up in a message later, but Alysia from Gail Simone's run is the only character in here I'd want to have a natter with in campus coffee shop Chiroptera (ha!). Everyone else comes across as a little too slacker, too studenty. And that could be a problem - I hope the emotionally  grounded Alysia is carried over as a regular, as implied by the final issue of Gail Simone's run.

Batgirl's established super-memory is brought into play well, but hopefully won't be as front and centre in future as it is here - when you can remember everything, crimefighting can get a little too easy. Equating this opener to a TV pilot, though, it's understandable that the creators would show us the most impressive trick in Babs' stripped-back armoury.

While the use of social media adds a feeling of modernity, I'm already ready for a break from the constant references to apps and websites, and the in-panel messaging. Then again, Stewart and Fletcher may be suggesting that the real bad guy here is social media - it's likely not an accident that the dating app is Hooq ... everyone is hooked on their phones, like a drug.

Overall, though, I'd say this debut issue works. It sets out its store speedily and with style, putting the new tone front and centre. While the problems I have could be tweaked, they may actually be massive pluses for other readers. Maybe sighing Babs is a perfect reader identification figure for the young American woman of today. Still, next issue will hopefully give us a less 'morning after the night before' Batgirl and things won't feel quite so achingly hip.

The big takeout from this issue is that DC are offering something a bit different, trying to extend the audience. I could easily see the big sisters of the kids loving last week's excellent Gotham Academy - which also had Fletcher co-writing - embracing this book. A more diverse Batman line has to be a good thing, so I hope this new take finds its audience.
Babs Tarr Batgirl #35 review Brenden Fletcher Cameron Stewart Jared K Fletcher Maris Wicks