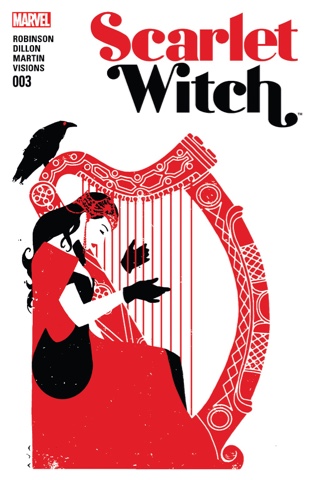 Wanda Maximoff, the Scarlet Witch, is on a magical mystery tour, trying to learn why magic is dying. Noting that the land-based aspects of Ireland's economy seem to be under mystical attack, she travels to the no-longer Emerald Isle, where she's joined by her friend Agatha Harkness, witch nanny turned ghostly sarcasm machine.
Wanda traces the disturbances to a pub in County Wexford but the landlord isn't thrilled to meet an Avenger. 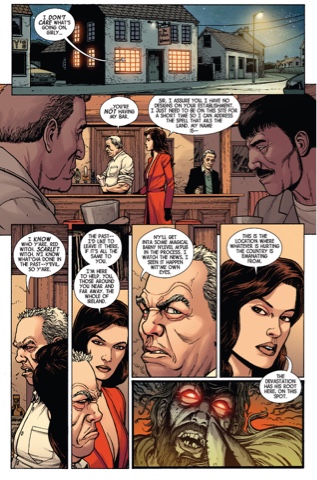 A customer who introduces himself as Sully persuades the landlord to relent, and soon Wanda is sending out spells to see what she can learn.
As for what happens next, we're talking ancient, unfriendly ghosts and a trip down something known as The Witch's Road.
And staying close, but hidden, a very dangerous man sometimes known as the Emerald Warlock.
So, this is the third issue, I've been banging on about The Scarlet Witch since it debuted, and still it's not a massive hit. I obviously don't have the influence of a major league mage, but I do have a few non-magical words to hopefully persuade you to try this book.
James Robinson know how to write an engaging series. As well as an intriguing overarcing story, he realises the importance of making each chapter a satisfying read. He knows an intriguing opening scene to make you desperate to read on is a big plus. And good dialogue is worth its weight in gold. These last two combine in our proper introduction to the Emerald Warlock, who showed up at the end of last issue's wonderful Santorini-set tale. 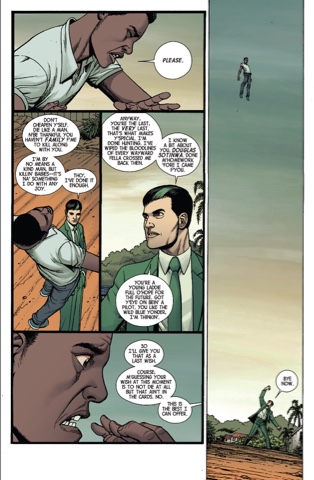 Having natives of the British Isles write and draw an Ireland-set story is a treat, after a comics lifetime having to put up with the likes of Banshee, Jack O'Lantern and Shamrock. The thick brogue Robinson gives characters rings true, while artist Steve Dillon avoids littering the landscape with leprechauns. There's even a scene commenting on fictional representations of the country. 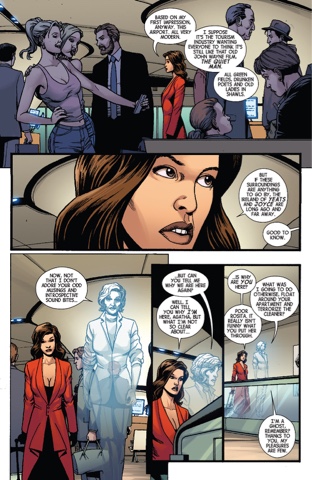 After years of abuse at the hands of other writers, Wanda is being rehabilitated as a character - Robinson writes her as a woman who knows she's made mistakes, and wants to quietly restore her reputation. This Wanda is an expert in her field, and as likely to employ dry wit in a fight as enchantments. Simply put, she's great company, and a refreshing lead.
The understated approach of Dillon, on one of his too-rare forays into Marvel's superhero universe, makes the magical moments all the better; I can't remember when Wanda's spellcasting has looked so elegant. 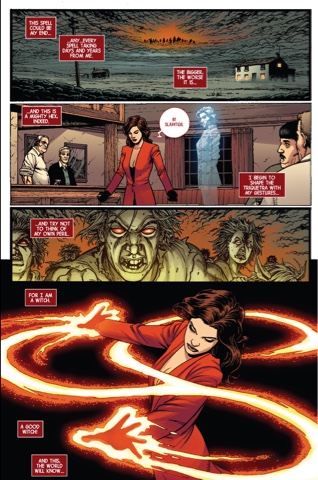 Dillon's images of Ireland are spot on, while his spirits emit real menace. Frank Martin's autumnal colour palette for these sequences hits the right note, his choices for Africa are appropriately lush and his magical effects are, well, magical.
Full-colour illustrator Chris Visions arrives for the last couple of pages as Wanda and Agatha step onto the Witch's Road, an otherworldly path linking magic users. The shift from Dillon's sharp, unflashy work to the appropriately named Visions' more sinewy style effectively conveys the fact we're in a different world.
Visions is staying for next issue's continuation as Wanda confronts... well, that'd be telling. Buy this one first - it comes with another simply gorgeous David Aja cover, and friendly lettering from Cory Petit - and find out for yourself. You won't be sorry.
Chris Visions Cory Perit David Aja Frank Martin James Robinson Scarlet Witch #3 review Steve Dillon