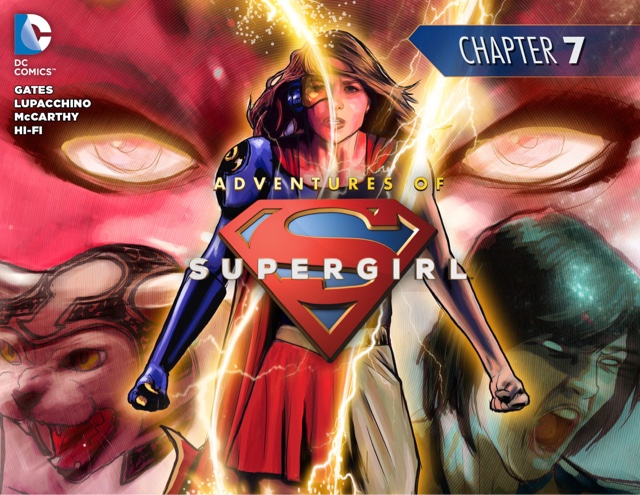 Supergirl is the consummate superheroine, so good she can fight a villain in her sleep. Not that she has any choice in the latest instalment of DC's Digital First spin-off from the CBS show. She's battling through dreamscape after dreamscape for what seems like years, never quite reaching the weaver of dreams, but never giving up
And some of the other lives Kara finds herself living will be familiar to longtime fans. 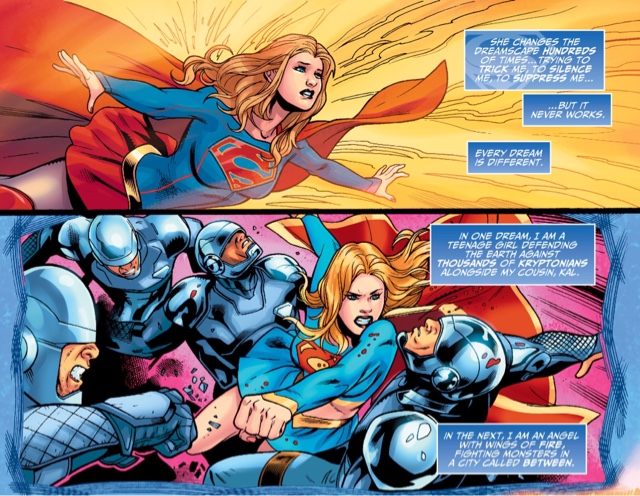 And there's more, and it's wonderful. Writer Sterling Gates gives us the most Eastery of eggs but uses them in a masterfully organic way; if you don't pick up on the references to previous Supergirl runs - including his own - it doesn't matter. But if you do, you'll likely be grinning broadly. In a sense, Gates presents a master Supergirl text into which the other stories can be slotted.
The advantage Kara has that allows her to persevere where even the greatest heroes might otherwise be overwhelmed is equally natural, something built into her backstory. There's no cheating here, 'just' another hugely fun instalment of the bigger saga that sees this Kara meet Psi - a villainess from the Eighties Paul Kupperberg/Carmine Infantino/Bob Oksner Supergirl series - for the first time
Emanuela Lupacchino conjures up delightful, memorable images specified and suggested by the script, while adding her own magic. And she even gets to draw her own cat, according to Gates. 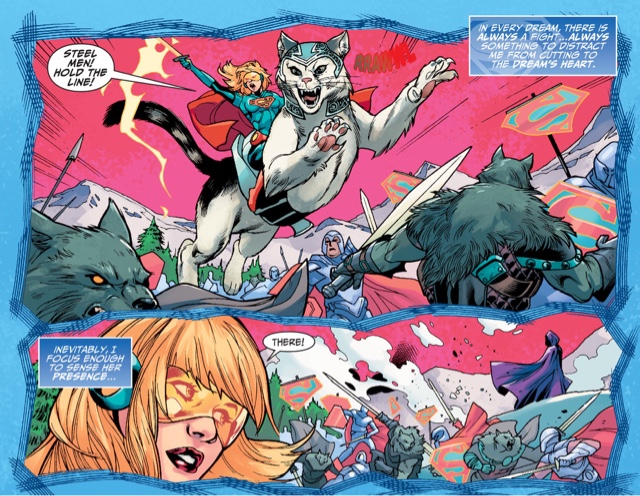 That's quite the evolved kitty...
Ray McCarthy inks with flair - battle cat Mar has a pleasingly Gil Kane finish - while the colours of Hi-Fi add even more life to the images. Saida Temofonte's letters are as clear and friendly as ever, while the cover by Cat Staggs is suitably trade-ready.
Kara solves one mystery here, but a bigger one remains for the readers - why the heck is this superb series only appearing fortnightly?
Adventures of Supergirl Chapter 7 review Cat Staggs Emanuela Lupacchino Hi-Fi Ray McCarthy Saida Temofonte Sterling Gates