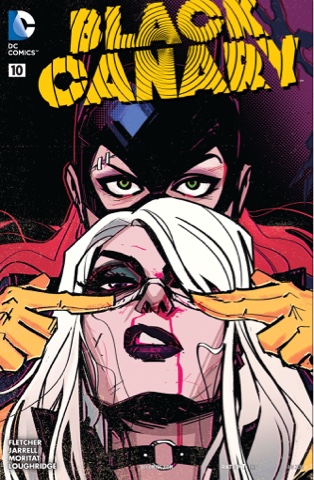 The Birds are back in town. Black Canary and Batgirl are hanging out, fighting bad guys and exploring mysteries in the best issue yet of Dinah's soon-to-end series. It could be argued that as Black Canary is the name of Dinah's band, as well as her codename, this is as much their book as hers, but... nah.
Lord Byron, Ditto and the rest of the alt-cute crew are absent this issue, as Dinah asks Babs to use her photographic memory to help solve the mystery of her late mother. As revealed a couple of issues ago, Dinah Sr ran a martial arts school, but died in mysterious circumstances. Now her partners in the project are being murdered, and the headmistress of a 'ninja death cult' is after Dinah. She wants Dinah to reveal a kung fu move invented by Dinah Sr that can heal the sick, the Five Heavens Palm.
Problem is, young Dinah doesn't know it...
The chemistry between Dinah and Babs is off the scale in Brenden Fletcher's script, with highlights including Dinah's independent-minded fists and Babs revealing what a huge fan of Dinah's music she is, only to be out-geeked by record shop robber Mad Wax following a wonderfully wacky tussle. 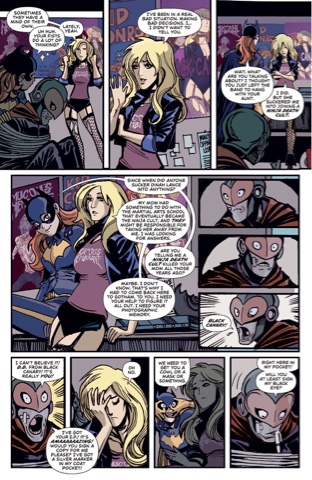 The light-hearted fight contrasts with the later conflict with Grey Eyes, the mad martial artist in the Adam Ant jacket whom Dinah met when she teamed up with Vixen a couple of issues ago. The stakes are higher in the second, as Grey Eyes' ninjas look set to end Babs' life. I'm not a big one for chop socky scenes, but artist Sandy Jarrell brings a barrel-load of dynamism to the pages, while Lee Loughridge's sudden bursts of neon are an effective narrative jolt. 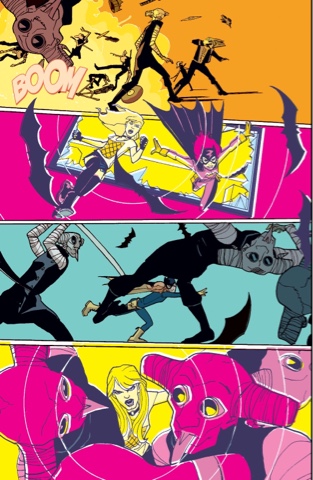 Jarrell's not drawing the whole book, as Moritat handles the Mad Wax sequence and also proves adept at laying out a fine fight. Both artists provide laudable body language and facial expressions, with the only thing I don't like being Dinah's outfit, she could do with looking a little more, let's say, together. And who knew she was a fan of John Constantine's old band? 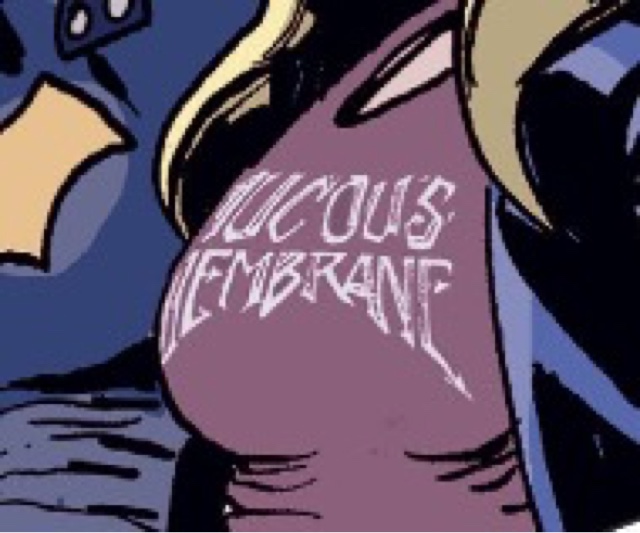 The book seems to be setting up the Birds of Prey DC Rebirth series, with Dinah pretty much admitting how much she misses working in a team with Babs, and restoring to continuity, though not naming, her detective dad, Larry Lance. We also learn that Dinah Sr was, as well as being a kickass kung fu fighter, in the DCU equivalent of Bowie's Ashes to Ashes video. 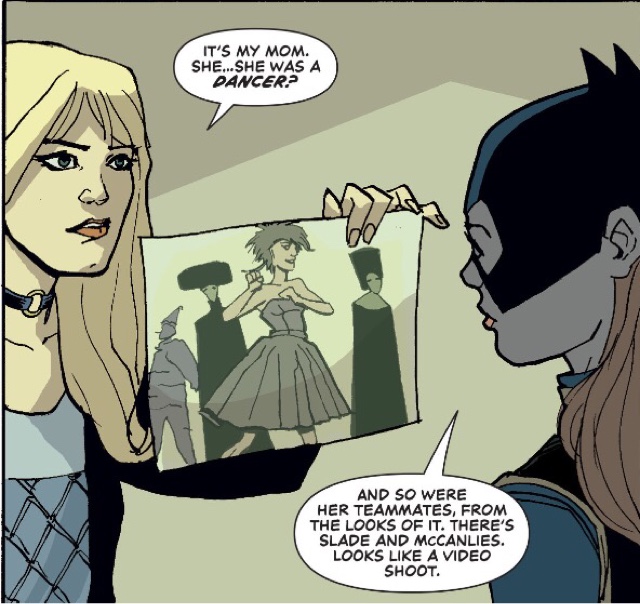 And we get Babs talking about life with her late mother, something we've not had much of in her 50-year existence. Babs is a hoot this issue, having a whale of a time now her recent memory troubles and brief fall-out with Dinah is behind them.
There's a wee blip early in the issue as one panel has the word balloons attributed to the wrong characters, but it's easily work-out-able...
Annie Wu's cover is, well, interesting is one way to put it; 'odd' is another. At first glance, it's as if Babs is Dinah's antagonist, but closer inspection reveals she's attending to her friend's busted nose with a plaster. It's undeniably a striking image.
The story continues next month and while the solicitations not mentioning Babs disappoints, we know she'll be back with Dinah in no time. And meanwhile, I've this issue to look back at and enjoy again and again.
Batgirl Black Canary #10 review Brenden Fletcher Lee Loughridge Moritat Sandy Jarrell