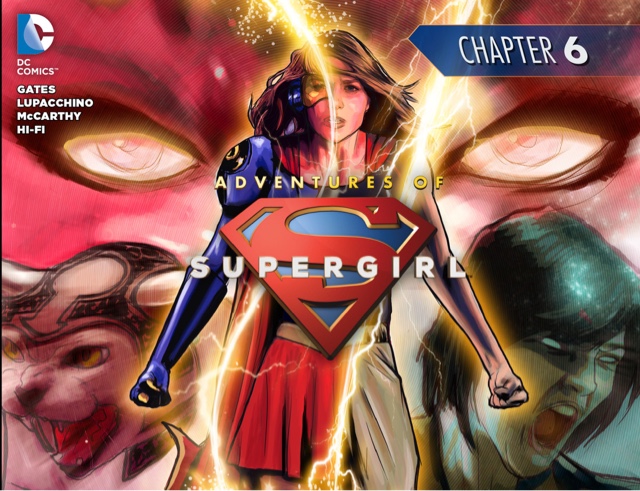 Having defeated hacker from hell Vril Dox, Kara's outside his cell at the DEO, primed to question him - who's the female he claims is behind recent attacks on Suoergirl and her friends? His taunts fail to get a ride out of the Maid of Might. But Dox is more powerful than she imagined, taking control of the DEO agents she's brought with her. 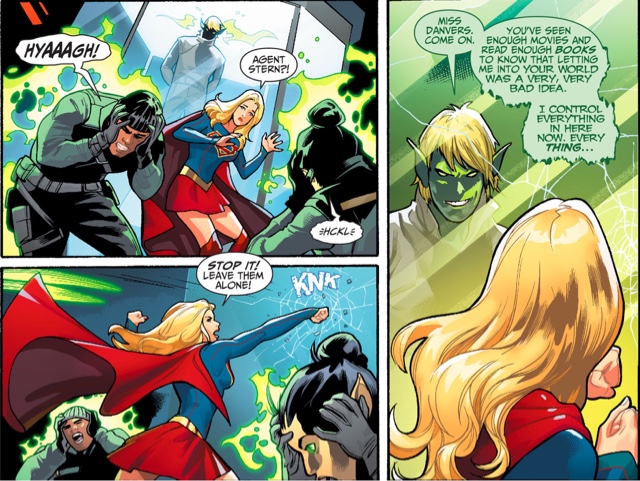 And then she wakes up.
I'm not a big one for dream sequences in comics; too often they're a way to inject easy, unmotivated drama into a story. That's not the case here. Courtesy of writer Sterling Gates, penciller Emanuela Lupacchino, inker Ray McCarthy, colourist Hi-Fi and letterer Saida Temofonte, Kara's night terrors carry weight. They illuminate her deepest fears, challenging her to overcome them. And if you think she can't, you don't know Kara. The first part of the latest chapter in this original adventure based on the hit TV series ends on a surprising note, one that means next issue can't come fast enough.
The villain looks set to be an old foe from Kara's days written by Paul Kupperberg, who gets a namecheck in one of the fun Easter eggs we've come to expect from Gates. I won't spoil 'em all, but can't resist prepping you for one of them. 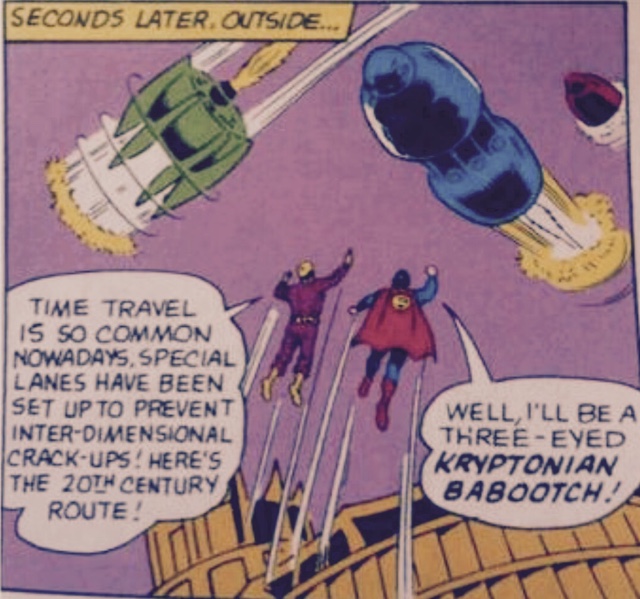 This is another smart, breezy script from Gates, almost a guarantee that if - sorry, when - Supergirl gets a Season Two, he'll be invited into the writers' room. He captures the tone of the show, conjures up its version of Kara and sprinkles on a sensibility that melds aspects of the Silver, Bronze and Modern Ages. I especially enjoy the internal narratives he gifts Kara, and this issue's opening thoughts are just perfect.
And having Lupacchino join Gates makes this instalment extra special; she was the most recent artist on the latest cancelled-too-soon Supergirl series and seeing her draw a Kara who looks far more classic than the New 52 version is a joy. The compositions serve the narrative, the characterisation enriches the script - the transformation of Dox is especially creepy, while Kara has rarely looked so determined. McCarthy takes Lupacchino's layouts and inks with a light hand, allowing the delicacy of her work to shine through. The colours of Hi-Fi are the finishing touch, naturalistic in parts, wild when required, while Temofonte's friendly fonts are just right.
Add in an intensely intriguing cover by Cat Staggs, and you have another terrific adventure of Supergirl. Keep them coming, DC!
DC Digital Adventures of Supergirl Chapter #6 review Emanuela Lupacchino Hi-Fi Rat McCarthy Saida Temofonte Sterling Gates