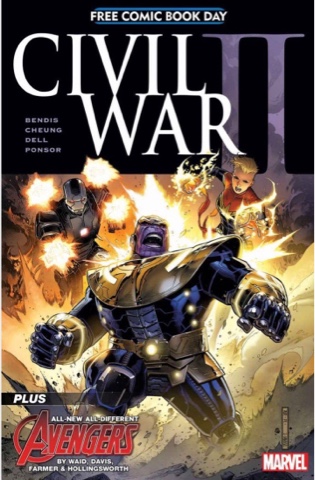 An Inhuman predicts that the mad god Thanos is coming to Earth in search of a Cosmic Cube. The Avengers are waiting for him when he shows up at Project Pegasus. They take him down, but one Avenger is seriously hurt. And one dies.
Have you read any Marvel event since Avengers Disassembled in 2004? Well, you're reading it again. Brian Michael Bendis provides the unsurprising words and Jim Cheung, John Dell and Justin Ponsor the slick artwork. It's extremely professional work and not bad for what it is - it's just so, so unsurprising. Should I expect more from an event declaring it's the heir to an earlier one? Well, yes, if Marvel expect me to shell out ever more cash to follow the series and crossovers weekly as opposed to waiting six months for everything to show up on Marvel Unlimited.
On the basis of this, I'll give whatever special officially begins things a go, but will likely take a break from Marvel until it's over; heck, I ignored the line for months while Secret Wars (Redux) went on and on, and survived quite nicely. 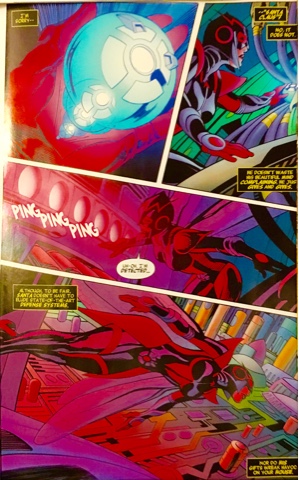 The second story in this Free Comic Book Day offering is more my cup of tea, being an effective introduction to the new Wasp, Nadia. She's flying into trouble while reminiscing about the recent day she turned up on Hank Pym's doorstep only to find the good doctor was Marvel-dead. As expected, she seems to be the daughter of Hank Pym and first wife Maria - so why is she a dead ringer for second wife and original Wasp Janet Van Dyne? 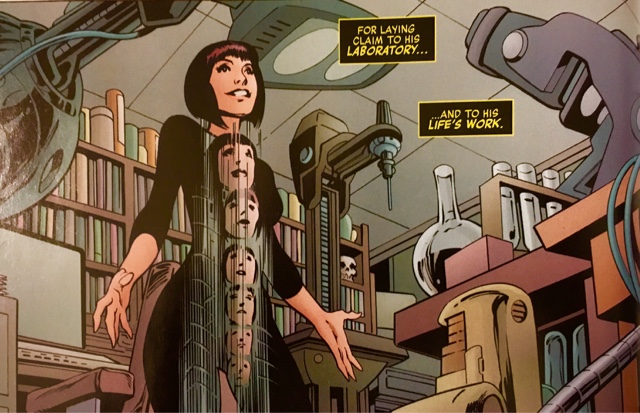 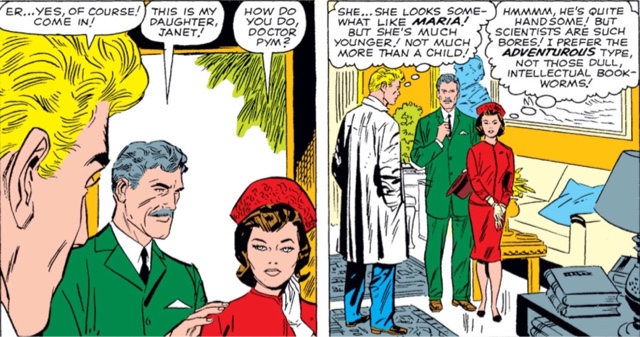 Creepy as it seems, Hank did try to dissuade Jan when she started crushing on him. Anyway, here's Nadia, who looks like both his wives, and she's moving on to All-New, All-Different Avengers with its ninth issue. There, she'll be drawn by the excellent Mahmud Asrar, here she's in the supremely capable hands of Alan Davis and Mark Farmer, whose classic, kinetic style suits Mark Waid's sharply efficient script (I like his subtle nod to the Wasp having debuted in Tales to Astonish) down to the ground. And there's vibrant colour work from Matt Hollingsworth.
I don't see why, if Marvel feel they have to replace Jan with a younger model, they're not actually going with Hope a la the Ant-Man movie, but if we have to have a new Wasp (for a little while, replacements are like deaths at the once House of Ideas), Nadia could be interesting.
So, it's 50/50 so far as my interest goes in the projects this book is plugging. What did you think?
Alan Davis Brian Michael Bendis FCBD Civil War II review Jim Cheung Justin Ponsor Mark Farmer Mark Waid Matt Hollingsworth Nadia Pym The Wasp