Batgirl and the Birds of Prey Rebirth #1 review 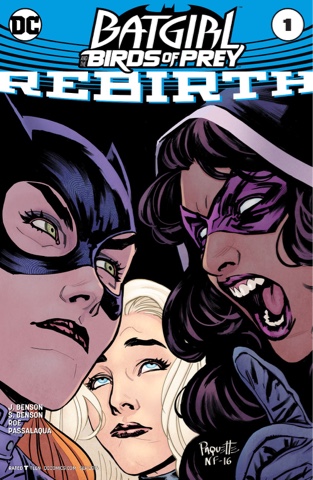 Batgirl's back in Gotham after a trip to Japan and raring to go. First off, take down some Mafia hoodlums. A straightforward night's work, until she sees a familiar name when trying to find out who sent them on the rob... 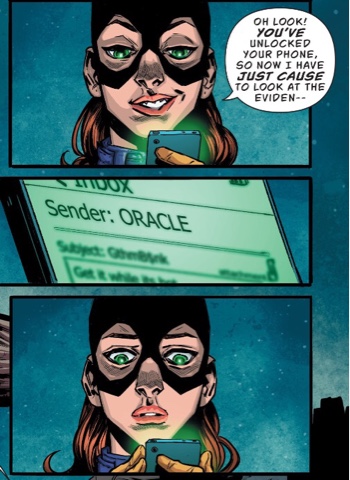 But she was Oracle! Who's despoiling her good name? Babs calls in her former Birds of of Prey partner Black Canary, but Dinah isn't convinced she's needed.

The pair follow the evidence and are getting closer to, as Dinah archly puts it, 'Faux-racle', when somebody new makes the scene. 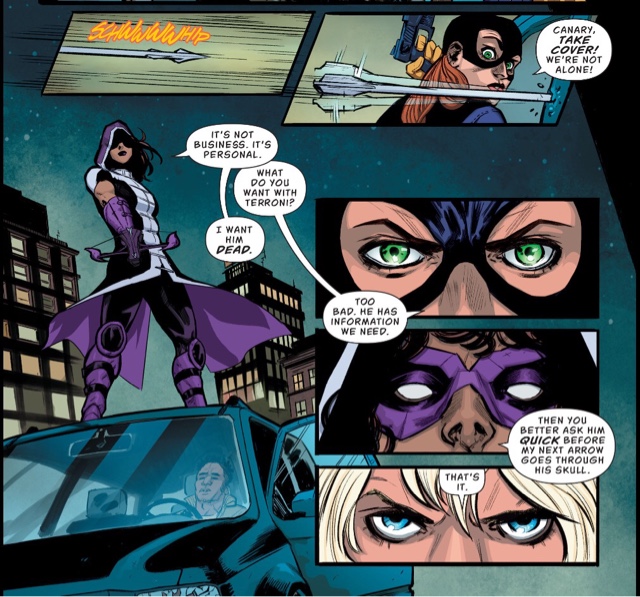 I've never seen anything by TV writers Julie and Shawna Benson, but I'm impressed. While they put an awful lot of backstory and set-up in this issue, they don't fall into the old trap of telly scribes of filling the panels with words, words and more words. There's a good balance of words and pictures as they recap Batgirl's origin, her time as Oracle, regular team-ups with Dinah and introduce the Huntress's mission in Gotham. They trust artist Claire Roe to bear her share of the storytelling and she does them proud.
Characters have heft - there's no weightlessness here, this is a DC Universe that obeys the laws of physics. Even better, Roe has a fine sense of the dramatic, nicely shown in the Bensons' church-set introduction to Helena Bertinelli. 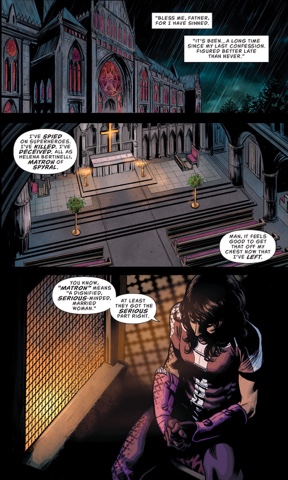 This sharp scene also gives Allan Passalaqua a chance to show his instinct for colouring. The Bensons also capture the spiky but loving chemistry of Babs and Diana, and Roe and Passalaqua reflect this in the art. And the latter pair do a great Gotham (I'm sure I spotted the odd Scottish-style tenement from my countrywoman Roe). 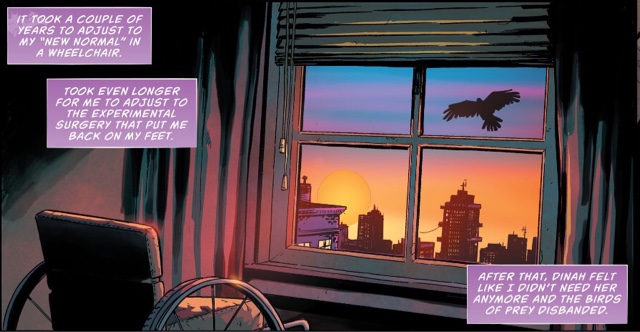 I'd exorcise the 'happy bird flying away in a new dawn' imagery - gorgeous as the colouring is, it's too obvious - but otherwise this is a finely judged first issue. We have confirmation that The Killing Joke storyline happened and that Babs was Oracle; the New 52 Birds of Prey series seems to have been wiped away, along with the pre-Flashpoint team-ups with Huntress. I'm OK with all of this because much as I hated The Killing Joke story, it's what made Babs Oracle and the strength she showed in the aftermath of her shooting by the Joker is on display here. 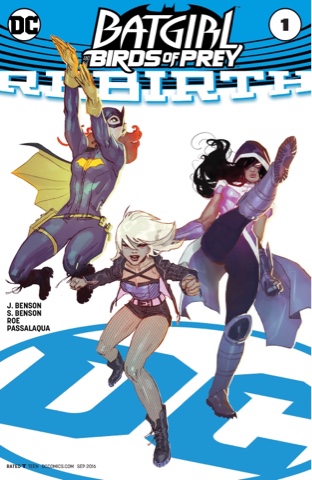 DC Rebirth covers feature many a close-up and Yanick Paquette's is a winner, previewing the character dynamics - I love Dinah's vaguely amused smirk. Ben Caldwell's variant is fun, too - it's the DC Bullet trampoline.
I'm not thrilled that Babs gets top billing, BoP should be a book in which Dinah, at least, is equal partner. Hopefully that will change down the line. If Batgirl and the Birds of Prey delivers on the promise of this well-written, attractively drawn first issue, I'll be there to see it.
Allan Passalaqua Batgirl and the Birds of Prey Rebirth #1 review Ben Caldwell Claire Roe Julie Benson Shawna Benson Yanick Paquette