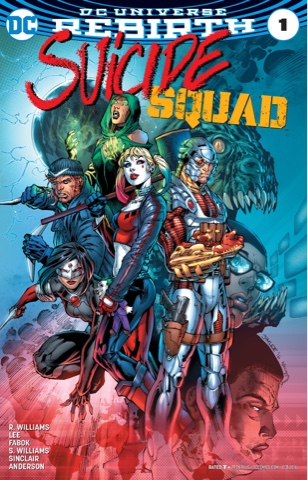 How big a draw, no pun intended, is the art of Jim Lee these days? Because here's DC's co-publisher pencilling two-thirds of this debut issue. The series is fortnightly so if we're going to get a run of his artwork in every issue, we're not getting a full 20pp of it - back-up strips with other artists are the order of the day.
Frankly, I'd rather see more from Jason Fabok, who contributes a Deadshot Spotlight, than Lee, whose pencils on the main strip are more stilted than I've ever seen them; there's no dynamism, the panel-to-panel storytelling is weak... there's not a single arresting image.
Another artist, for example, might have made something of a page showing the new prison cell-set up at Belle Reve - the jail has become a giant puzzle box, with chambers attached to a mass of cogs and motors. Here's how Lee, with regular inking partner Scott Williams, presents the sequence. 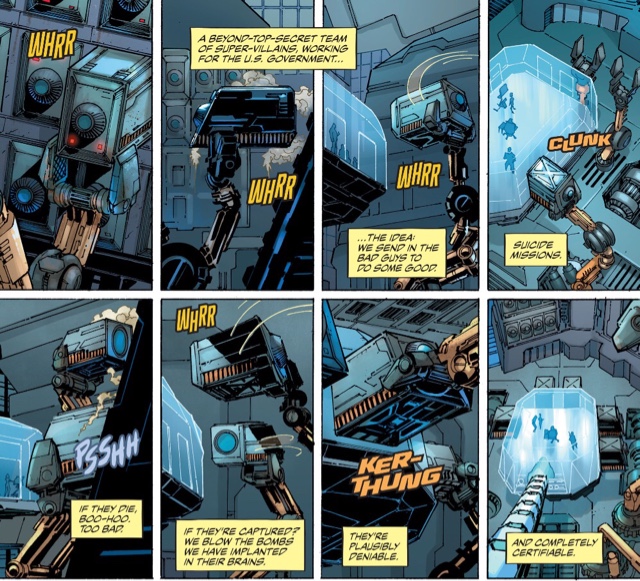 There's no sense of scale to impress, no feeling of movement to thrill. It's just a very boring page to look at.
And a big action moment with an exploding spaceship is just a jumbled mess, those spacesuits are so ridiculously bobbly that you can barely remember you're looking at people. 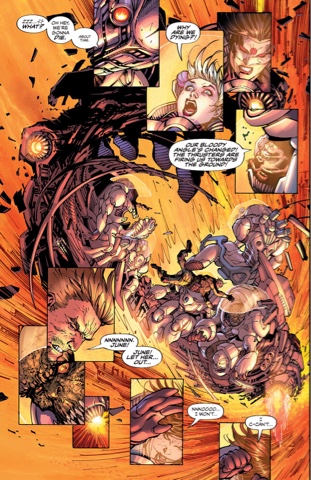 It's not all bad, as Amanda Waller assembles a Task Force X team to grab a cosmic maguffin from Siberia and things go rather wrong. Individual portraits of Katana and June Moone, for example, are decent, capturing their respective wariness and fear; but single panels don't combine to produce an engaging whole. This strip looks rushed, half-hearted. If anyone is buying this book for the work of Lee - by all accounts a lovely chap - I hope they're happy. Me, I'm wondering why he's so keen to be attached to the book, it's not like he's such a fan he wanted to draw Suicide Squad's last several relaunches.
Oh look, a hit movie.
Fabok's art on the second story, a pretty standard 'Deadshot is morally complex for someone who murders for a living' short, is really rather lovely. The figurework is sharp, the storytelling effective, it's not full of unnecessary detail to trick the eye into thinking we're getting our money's worth. The highlight of the script by Rob Williams is the Kobra dialogue - for the first time ever, I like DC's favourite cult leader. And Fabok has a terrific take on him. 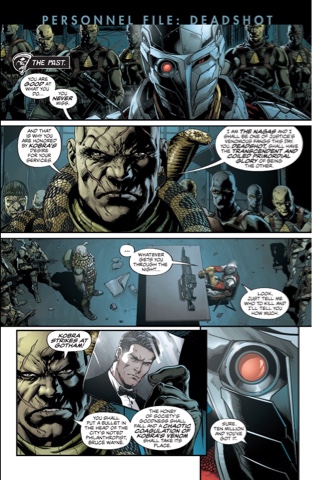 In the main story, Williams gives us a slightly different Amanda Waller to the one I'm used to. I'd expected the return of her traditional look to make everything right with the world, I hadn't anticipated the movie with its needlessly cruel director of Task Force X. Waller as written by co-creator John Ostrander was hard as nails, but she wasn't without compassion for her felonious charges. This version, though, seems to have left her humanity in her other jacket. Heck, the way she treats poor, terrified June Moone is unforgivable. Still, it's the first issue, Williams is a clever fellow and may be planning to have Waller grow.
As for the other characters, everyone gets a line or two, bar Katana, who's doing her elective mute routine. Captain Boomerang, Killer Croc, Deadshot, June Moone soon to be Enchantress, Harley Quinn ... sparks could well fly, but they've no room breathe in a scant 13 pages.

The last Suicide Squad run, written by Sean Ryan and Tim Seeley, drawn by Philippe Briones and Juan Ferreyra, was replete with wild action and character-packed-stories and gorgeous, innovative artwork. It appeared just once a month but by gum you felt you were being served up a substantial, tasty meal. This comic is warmed-over morsels. Again, it's only the first issue, and Williams is a real talent - as shown by the likes of Unfollow and Martian Manhunter - but he's hobbled by not having the whole issue for his main story. If Jim Lee really cares for Suicide Squad, he should step away and let artists who need the work, and can give it their full attention, take over. 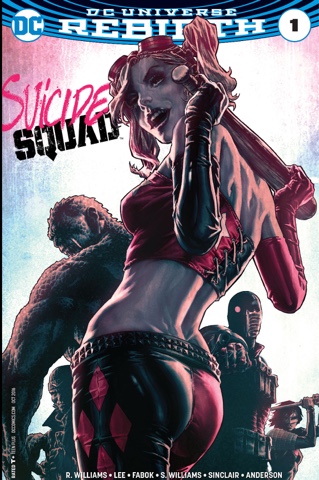 There are two covers, the regular, by Jim Lee, and the variant, by Lee Bermejo. I don't think I need to write an opinion here...
DC Rebirth Jim Lee Rob Williams Scott Williams Suicide Squad #1 review