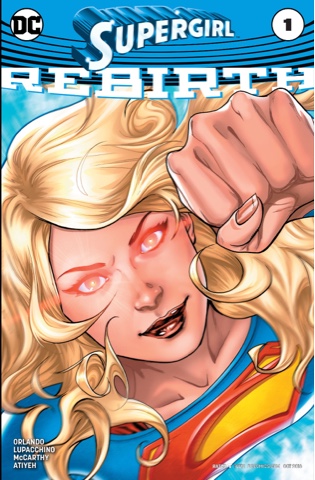 Years ago, on Argo City, last outpost of the destroyed planet Krypton, Zor-El condemns fellow scientist Lar-On to the Phantom Zone. not because he's a criminal, but because he's a menace to himself and others... he's a werewolf.
Today. Argo City is long dead but his daughter Kara, rocketed to Earth to escape the destruction of her home, is once again in a rocket.
She's being sent into the sun in the hope its rays will restore the superpowers that recently faded. Running the mission from the Department of Extra-Normal Operations is director Cameron Chase and scientist Eliza Danvers. They've used Kryptonian tech to create a 'Phantom Drive' for Kara's ship, but somehow a portal is created into the Phantom Zone. And something comes through. 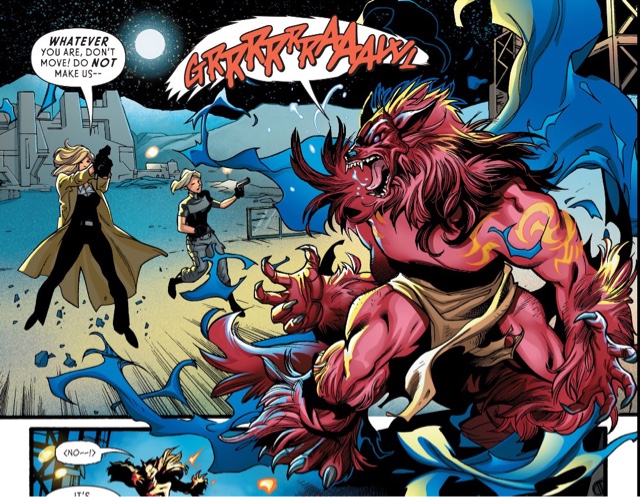 It's a Super-Werewolf from Krypton, tearing its way through the human agents of the DEO, including Jeremiah Danvers, Eliza's husband. Will Kara regain her powers? Will she do so in time to be able to save lives? How can a Supergirl beat a Super-Werewolf? 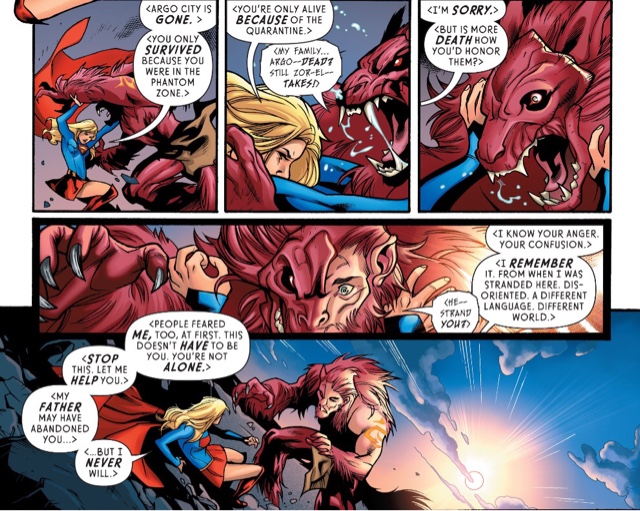 With reason. With compassion. This is the Supergirl new writer Steve Orlando said we were getting, the heroine who would defeat her opponents, and then try to see they were OK. That they would get every chance to reform or, if they weren't criminals, the help they needed.
And I love it; it gives Kara a niche no one else occupies. Probably, in time, Kara will realise that there is true, unending evil on her world, but I can't see this breaking her spirit. Orlando gives us a resolute, smart heroine, one who isn't going to be broken by the world. She's had her difficult first act and is moving on, with the help of Chase and the DEO.  She has a stunning new look, 'parents' to help her adjust to Earth and a mission. 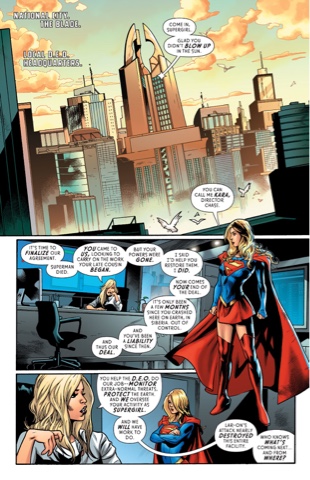 Little touches I like include the names of the two DEO HQs, The Blade and The Scabbard; Ghost Site 252, a nod to Kara making her debut in Action Comics #252; and that student in the background of the science school attended by 'Kara Danvers'. Nasthalthia Luthor? A Katie McGrath-style Lena Thorul? Belinda Zee? 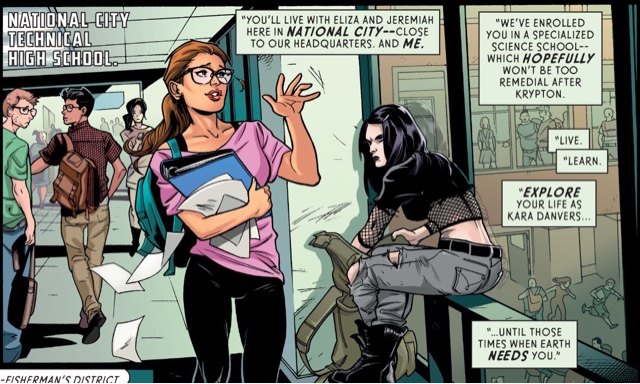 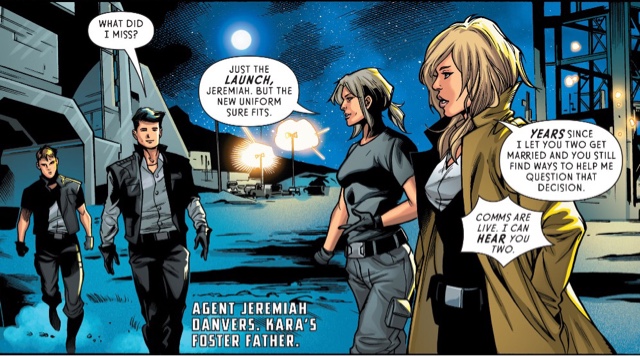 On the especially intriguing front is the change that sees Argo City survive for, it seems, quite a while after Kara leaves, and the bedrock beneath having changed to red, rather than green Kryptonite - that explains Lar-On's werewolf state, something his Bronze Age debut never bothered doing (see Anj's recent post over at Supergirl's Comic Box Commentary). There's also a bit of business that changes the way Kara thinks about Zor-El, which will feed into future issues of the regular series. And having Chase not quite trust Supergirl makes sense as she has been a loose cannon in the eight months (it sez 'ere - I'm sure there was some reference previously to Kara having been around a year) she's been on Earth. Chase, by the way, doesn't use the superpowers she had pre-Flashpoint... wonder if this is a new version without any.
The only thing I dislike is that Kara's stated age here is 16 - come on, just look at this young woman. Eighteen, maybe. I suppose it's that old 'advanced Kryptonian physiology'.

Penciller Emanuela Luppacino and inker Ray McCarthy had a terrific run on the last Supergirl book and their work looks even better here. The new costume undoubtedly helps, but there's something else, an even better way with expressions and body language. I suppose it's Lupacino growing, and she was a wonderful superhero artist to start with. Every time she draws Kara she looks iconic, and I really hope she comes back soon - I understand the new book is monthly, to which I say, come on DC, this is going to be a cracking series. I want more, and I want room for Lupaccino to alternate with announced regular penciller Brian Ching.
My one artistic quibble is the new S-symbol - this book is launching on the coattails of Melissa Benoist's show, and she wears the classic shield (OK, the colouring is off, but still...). So why the squared-off version here? The classic isn't that hard to draw, I'd mastered it before I was seven.
A quick shout out to letterer Steve Wands for his usual fine work (check out how he surrounds Chase's head with balloons in that chatty scene above), and colourist Michael Atiyeh, who gives us a lovely tonal shift from the end of the main story to the dramatic epilogue. 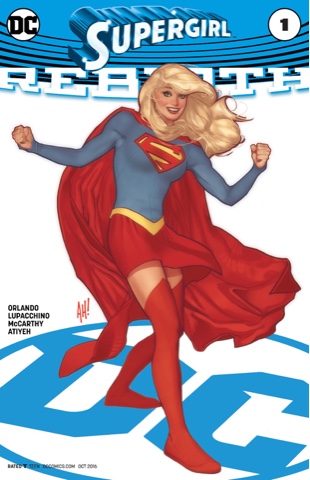 And Adam Hughes, for his glorious variant cover. Lupacchino and Atiyah's regular version - a close-up, as all Rebirth covers are - is pretty lovely too, and the shield is the classic version.
We've waited a long time for Kara to get her book back. The wait was worth it - DC gets it right.
Adam Hughes DC Rebirth Emanuela Lupacchino Melissa Benoist Michael Atiyah Ray McCarthy Steve Orlando Steve Wands Supergirl: Rebirth #1