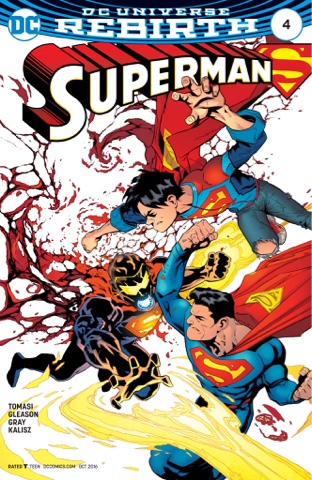 The Kryptonian horror known as the Eradicator has swallowed Krypto and the only thing stopping him doing something awful to young Jon Kent is his father. But Superman is taking a beating, as Jon and mother Lois watch in the Fortress of Solitude. Jon wants to help and Lois overcomes her natural instincts to keep him away from the fight - he has power, he has courage and he could be their only hope.

There's a splash page after that but it's so good in context that I shan't post it here. Suffice to say it's the perfect big moment in an issue that never stops throwing massive, loony stuff at us.
It turns out that the Eradicator carries in him the souls of Krypton's dead, and released, they swarm to the nearest bit of Kryptonite, a fragment of their dead world. And where would that be? 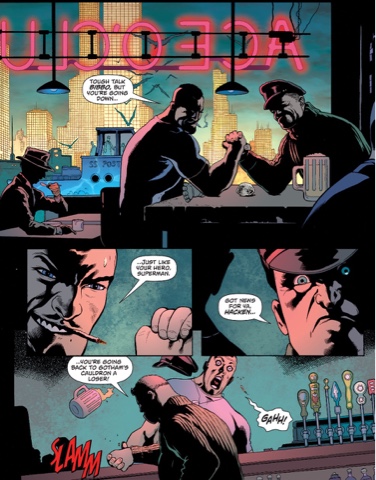 The Ace O'Clubs! And Bibbo! He's my hero, one of the best supporting characters of the Nineties Triangle Era of Superman books. And his Metropolis waterfront pub is the setting for this issue's biggest scene, as the new Superman Family pulls together to stop Krypton's dead taking over Earth. And Bibbo isn't the only callback to the original Death of Superman era, as Superman has a vision of someone he loved.
This is an odd-numbered issue, so the story is no-qualms great - no pets die in this one, there's even a strong hint that Krypto will soon be back. Writers Peter J Tomasi and Patrick Gleason have fun with the film nods, moving quickly from an outright Ghostbusters reference to the unmistakable Raiders of the Lost Ark soul storm. Jon is a proper wee hero - that suit-creation moment is well-earned - while Lois and Clark are unmistakably a powerful parental partnership. 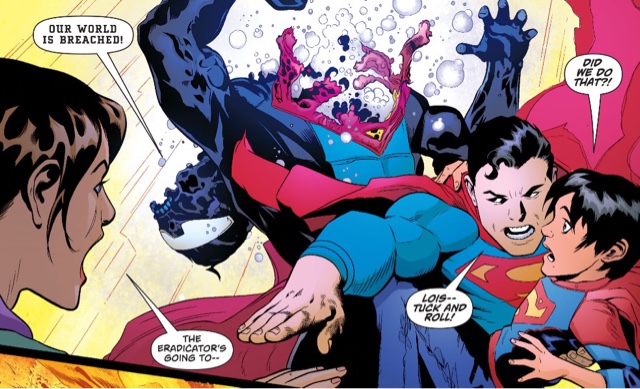 Gleason also pencils this issue and gives us some sure-to-be-classic visuals, from that father and son moment double-page splash to the revelation that the Eradicator is a Space Ark of the Covenant. 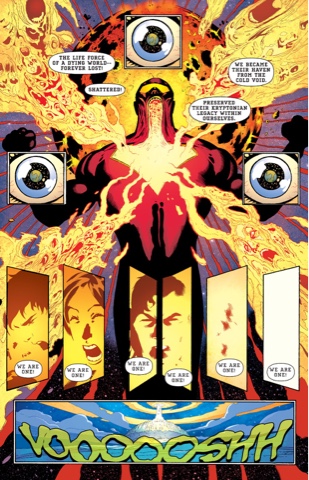 All that's missing is the wee white superdog I was aching to see re-emerge as I turned each page. Next time, I hope. Gleason, with inker Mick Gray, continues to make the Eradicator a Very Creepy Thing Indeed and their Bibbo is an old friend returned. My only visual quibble is Lois - sometimes a creature of manga, at others, a ghost of style guides past. I favour the latter, but either way, we need consistency. 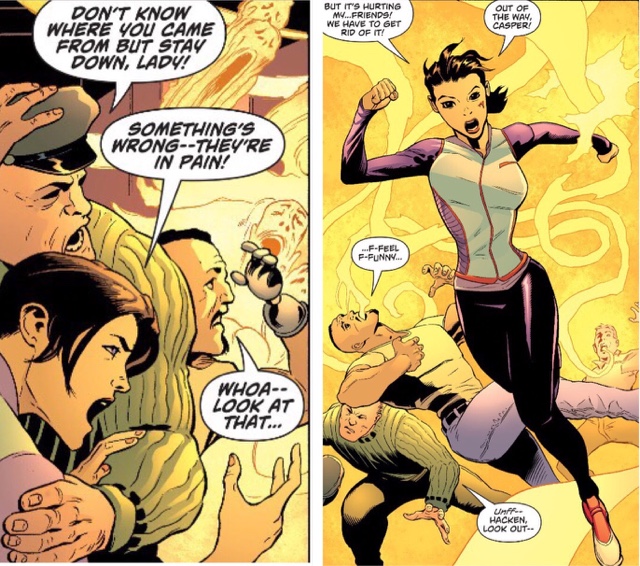 They're from the same page.
Other than that, I have no problems - Gleason thinks through every panel to find the biggest way to get from point A to point B without muddying the storytelling. Images works as individual moments and as parts of the whole - it's quite a skill.
John Kalisz looks to be having a whale of a time with the bright colour palette the script most often demands, while Rob Leigh's lettering choices are a real asset. Kalisz also joins Gleason and Gray to produce a gorgeous main cover, while Kenneth Rocafort offers a moody, poster-style variant. 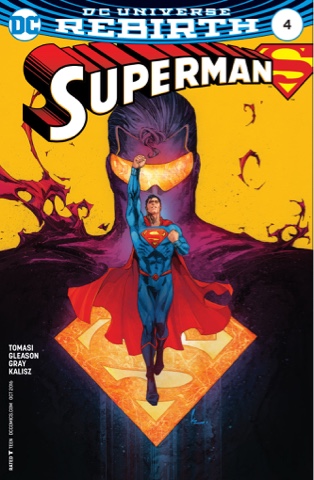 This is a rewarding read, (in)complete with a rather awesome cliffhanger. The quality and momentum of this new run is heartening - if the creative team can just remember not to hurt any more animals...
John Kalisz Kenneth Rocafort Mick Gray Patrick Gleason Peter J Tomasi Rob Leigh Superman #4 review