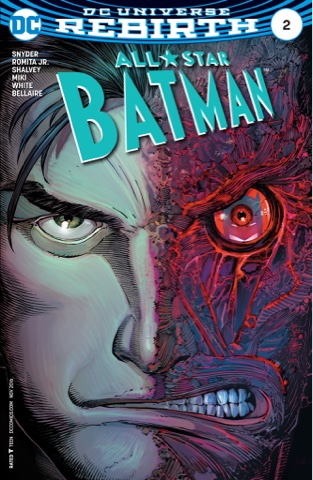 Batman is riding the train. And so is Two-Face. And Killer Croc. And King Shark and oodles more baddies, some Bat-specific, others less so. Harvey Dent is running the show and Batman is the star attraction as villains vie to kill him in exchange for a big bounty.
Batman, though, is prepared for a fight, his ingenuity made manifest in such weirdo weapons as the 'Back-arang'. 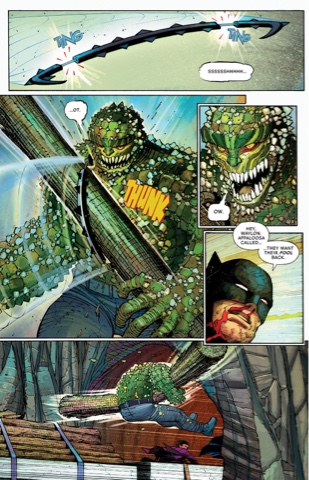 If you're late to the party, Batman was taking Two-Face cross country in a bid to cure his affliction, putting his old friend Harvey Dent back in permanent control of the body they share. But Two-Face has help Batman couldn't have anticipated - pretty much every citizen of Gotham County.  Turns out Two-Face is more insidious than we knew, having amassed blackmail material on millions of citizens. He knows their true face and isn't above exploiting the knowledge to foil what was actually his own plan.
All things considered, Batman isn't doing badly, until a new player enters the scene, one not beholden to Two-Face.
And back in Gotham City, two days hence, Commissioner Gordon and Detective Harvey Bullock have an onerous task.
Oh boy, this story is bonkers - in a great way. Scott Snyder has come up with a conceit that allows him to bring in pretty much any villain he fancies playing with, as he writes to the strengths of penciller John Romita Jr. So we get big daft scene after big daft scene; not 'daft' in a disparaging way, heck no, this is well-thought out fun. Think a Batman 66 sensibility applied to 2016 comics. If a villain throws something weird at Batman, he throws something even more outlandish at them.
And in between the literal thrill ride, we're reminded of the stakes - not the big bucks bad guys are after, but the soul of Harvey Dent which, being more personal to Batman, is a far bigger deal.
Highlights of this issue include a very Danny DeVito Penguin, the truth behind the occasionally huge Bat-ears and a look back at Bruce Wayne's friendship with Harvey Dent, before circumstances put them at odds. 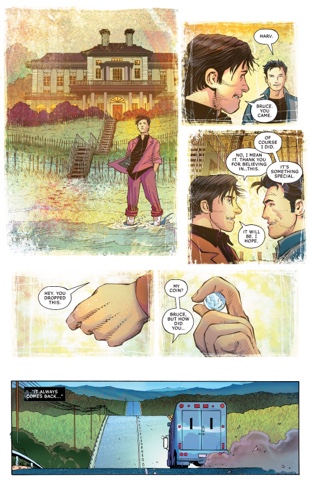 The script for the page is nicely done, but what's really striking is the artwork from Romita, inker Danny Miki and colourist Dean White - instead of the dynamic, almost harsh look the main action invites, we have a quiet, lyrical finish denoting simpler times... I'd love to see a whole issue in this softer style.
The back-up strip is once again fascinating. Last time, as Batman and young ally Duke investigated a series of killings, we learned that Batman trains his partners based on colour theory and Alfred's insights. Batgirl is linked to purple, Dick Grayson blue, Damian Wayne green, that kind of thing... I don't quite understand it but I am hugely intrigued, especially as it seems someone took the training and became a full-on villain. Who could it be? We don't find out this issue, but Snyder does give us more on the murder plot and nice nuggets of characterisation. 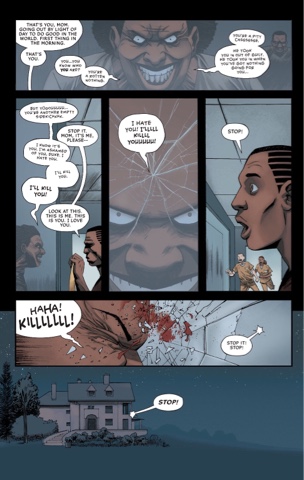 Declan Shalvey provides deceptively simple illustrations - the Norm Breyfogle vibe gets us directly to the emotion of the script, as Duke struggles with a very personal dilemma. And colour artist Jordie Bellaire amps up the mood, especially in the horrific moments. 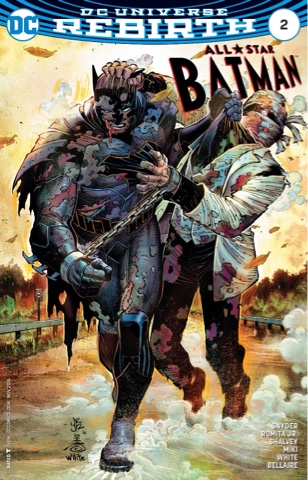 A nod, too, to letterer Steve Wands, for his fonts a-go-go, and a bevy of variant cover artists. The regular cover by Romita, Miki and White is delightfully intense, while their alternate is even better, there's a humour to it we don't often see from Romita. 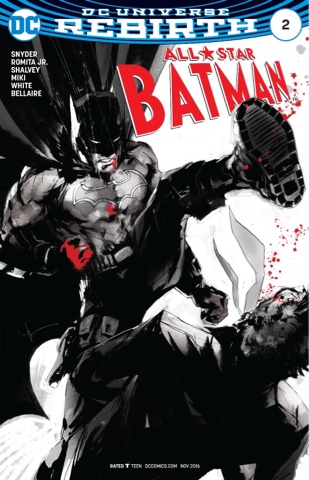 Jock's cover is a tad too visceral for my tastes, but it's undeniably good. My favourite is Shalvey's, for the terrific swooping Batman and mad people bounding atop the train. 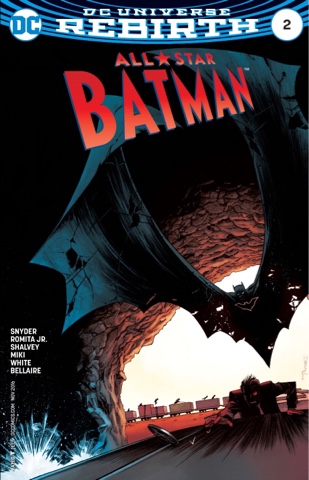