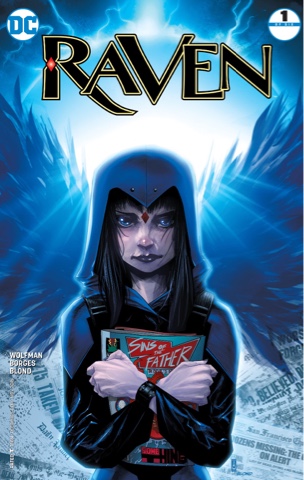 The Teen Titans have broken up and Raven's going to school. She's learned that she has an aunt and family in San Francisco and has been invited to stay with them. Having previously been 'homeschooled' in the interdimensional realm of Azarath, high school is alien to the daughter of the demonic Trigon. And everyone is staring at the girl in the throwback Goth outfit. Then she's hurt by a psychic probe, prompting her to use her empathic powers. 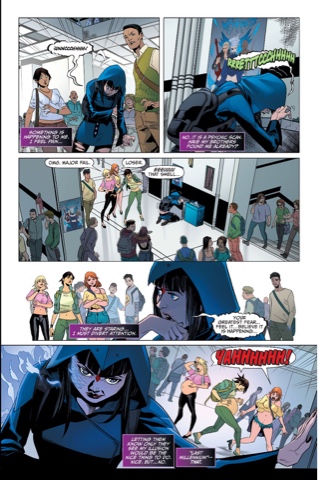 Things get better. Raven's classmates are actually a friendly bunch, and while she can't take up their invitation to visit the local fair because she needs to learn who's after her secrets, she's beginning to relax.
Raven - going by Rachel Roth - comes across the unknown psychic, but her superhero experience doesn't do much good. A classmate, meanwhile, wades into trouble after the carnival...
This is a nice surprise. Every time Raven gets a solo story, demon daddy Trigon seems to be at the centre of things. And while he comes up here, he's more scenesetting detail than main event. Another pleasant surprise is that writer and Raven co-creator Marv Wolfman doesn't go the Mean Girls route that's become such a cliche of US school stories. There is a bit of corridor whispering around Raven's sense of style, but it's not a massive deal, and our girl's day isn't ruined - and that's because of Surprise Number Three... Raven has a sense of humour. It only took 40 years. I see this not so much as a betrayal of established character as the moment she stops being one note. 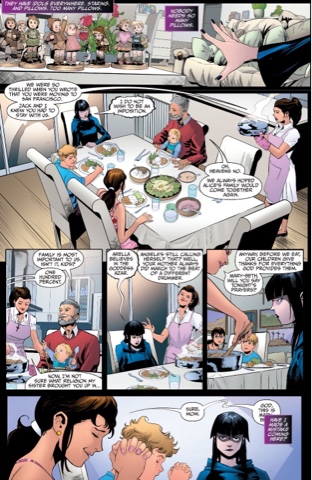 All I'm hoping now is that her aunt Alice and family are as decent as they appear - not too good to be true, just good. So far, they're making for a bit of fun as we see what a fish out of water Raven is on Earth.
I like the art a lot. Alisson Borges is a new name to me but I hope to see lots more from them. Borges' take on the redesigned Raven - no more New 52 eggshell head, thank God - is appealing. They convey the emotion demanded by Wolfman's story with a wonderfully light touch. 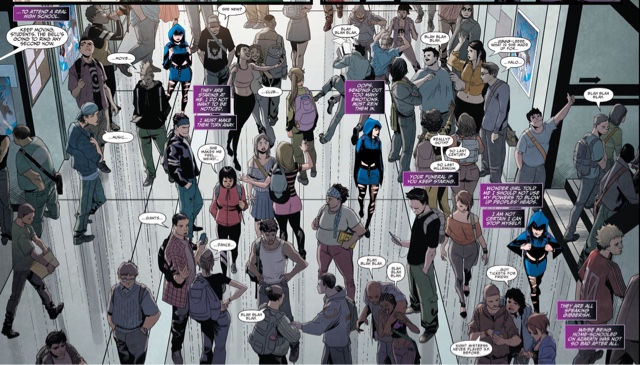 The domestic scenes are a delight, a dream sequence drips with darkness...  and a crowded corridor sequence pops thanks to the clever colouring of Blond.  Plus, the two artists do a mean cover, as you can see.
I'll be back next issue to see where this six-part mini-series is going. Hopefully the DC marketing staff will get it before the young audience likely to appreciate its blend of magic, mystery and emotion.
Allison Borges Blond DC Comics Marv Wolfman Raven #1 review Teen Titans