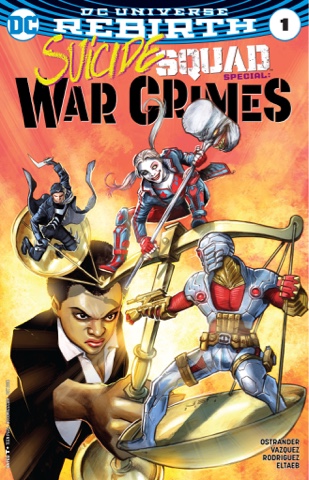 Ever since DC revived Suicide Squad, I've been wondering why they didn't give original series writer John Ostrander a crack at the title. And when it was finally announced that he'd be penning this special, I hoped he'd be able to recapture the old magic. What if you couldn't go home to Belle Reve again?
The story is pretty straightforward: a warmongering, profiteering US politician is kidnapped by metahuman operatives from Europe and taken to the Netherlands, with the intention that he'll stand trial at The Hague. Task Force X chief Amanda Waller isn't having that, so she sends Suicide Squad field leader Rick Flag Jr, regulars Deadshot, Captain Boomerang, Harley Quinn, El Diablo and newbie Mad Dog to get him back. 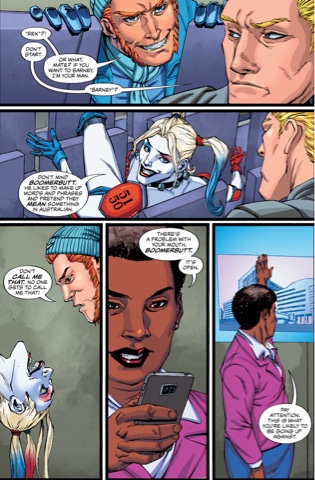 Immediately, Ostrander shows he still knows how to wrangle supervillains, sketching in the characters' individual attitudes as they go out in the field, knowing they could be killed by their opponents - or Waller - at any moment. The new metahumans are classic Ostrander Suicide Squad fodder - powerful enough to challenge our anti-heroes, a little more 'real world' in background than the usual, and interesting enough that we'd be happy to see them again.
Of course, this being the Suicide Squad, someone may die. Ostrander could usefully have added a few more non-regulars, because the second you see the line-up, you imagine the target on someone's red shirt. Do they make it? I'm not saying, but I was watching them throughout, expecting them to die.

Amanda Waller and Rick Flag Jr were both created by Ostrander, and he treats them as any good father would - with respect, letting them be themselves. Whereas Waller in the recent film is cruel, this is the classic, pragmatic version - ruthless, but only with bad guys. And Flag is masterful in the field, knowing his people and how best to use  them 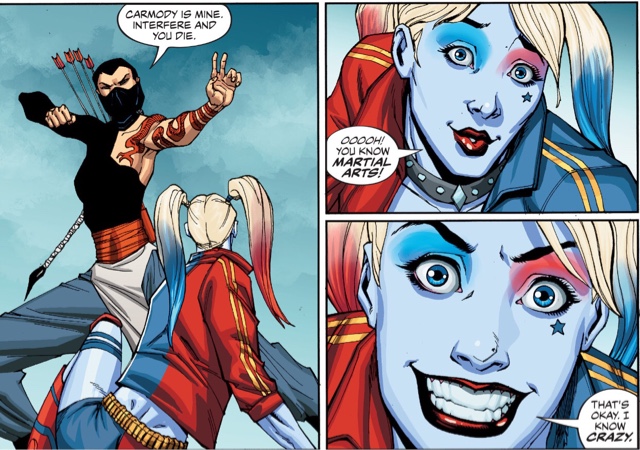 Ostrander also does well by recent addition Harley Quinn, while 'Boomerbutt' gets his best moment in years. 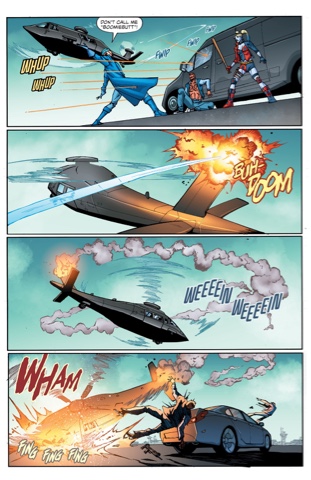 The art isn't bad - attractive facial work, decent storytelling - but a grittier approach from Gus Vazquez and Carlos Rodriguez' might have served the story better. The artists have 38pp to play with, allowing room for a couple of important story beats to be presented as big moments, but opening page apart, the biggest panels in the book are Amanda Waller pointing at heads on a screen. And it may sound like a tiny thing, but thick black borders on the frames impede the story flow.
Juan Ferreyra, who had a superb run on Suicide Squad before the Rebirth, is back to execute a classic cover concept, and he does so with style - Deadshot's legs look a tad awkward in this challenging perspective, but overall, the cover works.
Suicide Squad: War Crimes is an enjoyable romp, one I'd like to see followed up soon. Instead of the fortnightly Suicide Squad comic being one title with back-ups to accommodate big name artist Jim Lee's schedule, DC should split it into two monthlies. We could have one by Rob Williams and Jim Lee, the other by Ostrander and Philip Tan - there are surely enough villains in Belle Reve, and enough good guys Amanda Waller can 'persuade', to fill two rosters. Deadshot and Harley could move between both. I think the move would be a success, not commercial suicide.
Captain Boomerang Carlos Rodriguez Deadshot Gus Vasquaz Harley Quinn Juan Ferreyra Suicide Squad Special: War Crimes #1 review. John Ostrander