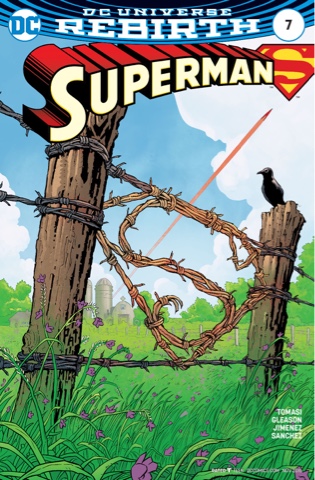 Jon, Lois and Clark Kent are off to the county fair. There are carnival rides, coconut shies, candy floss, prize cows... and crooks. Which is a bit of a bugger, as Clark has promised to keep Superman under wraps for the night. Lois, meanwhile, is getting to know the editor of the local rag, while Jon is hanging out with neighbour Kathy. 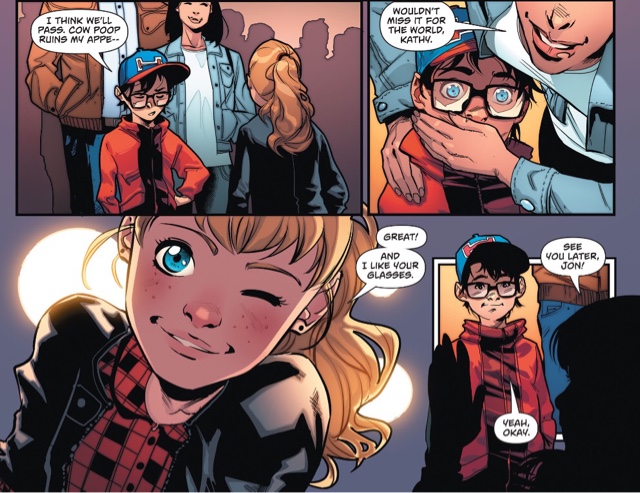 Smart girl, she's already worked out that Jon is the new Superboy, and she looks set to be a loyal pal. Along with Kathy comes her grandpa, to whom Clark was recently disconcertingly discourteous. 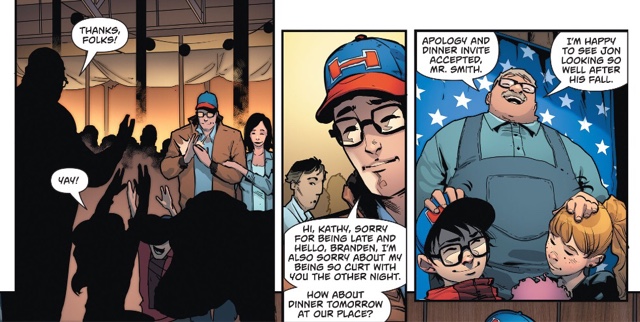 Good. I didn't like that even though he was worried about his son's in-and-out invulnerability at the time, he was rude to a friendly neighbour. Mind, maybe grandpa Cobb Branden deserved to be kept at arms' length... 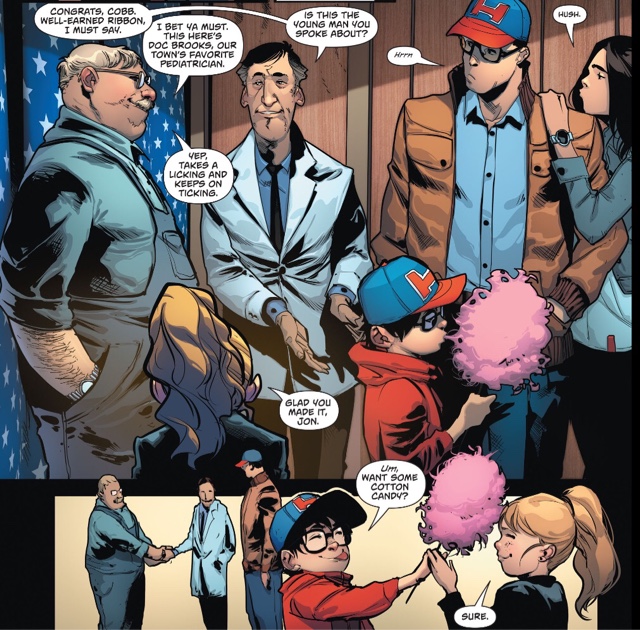 Could that doctor look any more smalltown sinister? He wears his coat to the carnival, for crying out loud. As for the crooks, well, let's just say Clark deals with them without breaking his promise.
Our Town - that'd be a reference to Thornton Wilder's popular play - is a terrific breather issue after the fireworks of the opening arc. I like spending time with the Kents - well, Smiths to their new neighbours - as much as they do with one another. The family dynamic is a treat under the guidance of writers Peter J Tomasi and Patrick Gleason, and the county fair vibe convinces this Brit who wouldn't know a corndog from a Superdog. 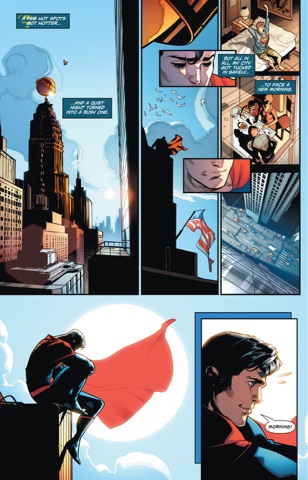 We also have a brief trip to Metropolis after Clark spends a night on patrol, just like in the old days. He's thrilled to be able to operate openly as a superhero once more, and to be back 'home'.
How great does Superman look under artist Jorge Jimenez, who stuns me by making the new outfit seem pretty decent ... think what he could do were he allowed to draw shorts! Jimenez is perfect for this issue, revelling in drawing a wide variety of people in an especially expressive setting. 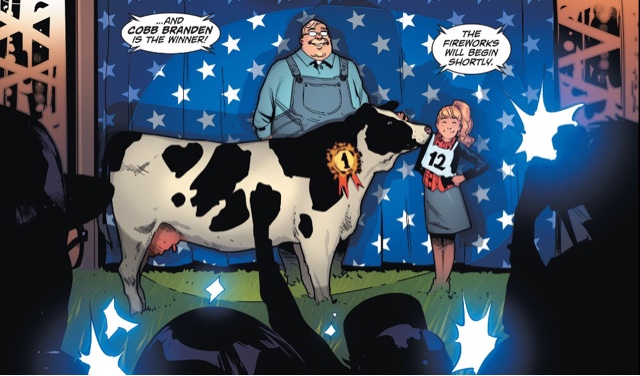 And dig the cow awards! Jimenez is partnered with colourist Alejandro Sanchez and letterer Rob Leigh, whose contributions to the carnival atmosphere climax on a joyous final page. 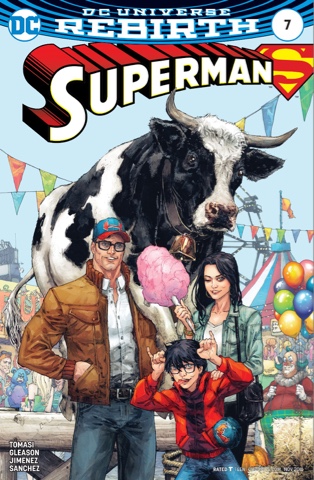 Penciller Gleason, inker Mick Gray and colourist John Kalisz produce an intriguing cover, but it's Kenneth Rocafort who takes the kewpie doll home for his delightfully apposite alternate cover.
Actually, I barely know what a kewpie doll is either. I do know that Superman #7 has all the fun of the fair, and more.
Alejandro Sanchez DC Rebirth John Kalisz Jorge Jimenez Kenneth Rocafort Patrick Gleason Peter J Tomasi Rob Leigh Superman #7 review