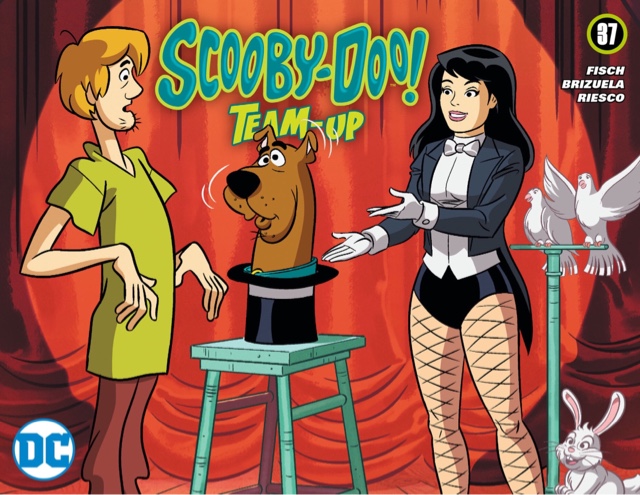 Zatara has been kidnapped. Again. The first time saw his daughter, Zatanna, seek help from members of the Justice League of America. This time, with the League offworld, she turns to the members of Mystery Inc and a plan is formed. 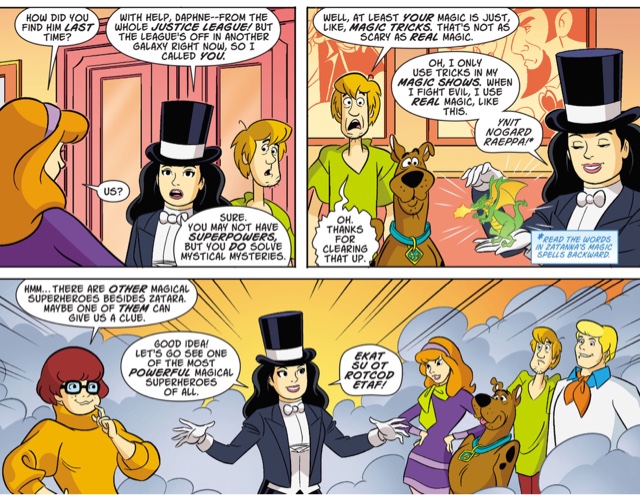 There follows a splendidly amusing tour of the magical corners of the DC Universe, taking in villains and heroes alike, but while plenty of people have also had things go missing, no one knows where the Golden Age magician is. Regular writer Sholly Fisch and artist Dario Brizuela are two of my favourite talents in comics. Issue after issue they produce terrifically plotted. amusingly scripted and great-looking stories blending Scooby, Shaggy and co into guest continuities. While the tone is super-whimsical, events referenced are always spot on. This time we're deep in the DC Universe, playing with 80 years of comics history and it was a treat to come across a couple of characters I've never heard of - here's one of 'em! 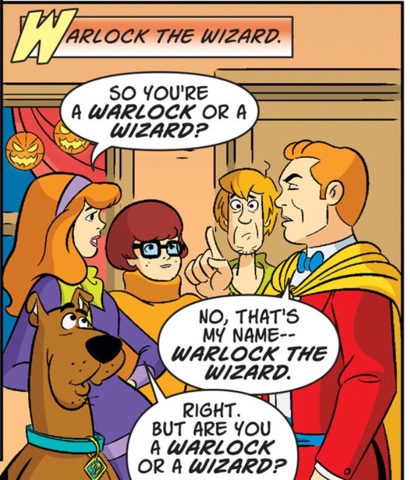 Zee is a great guest star, with her fun backwards magic, while the cliffhanger in this digital edition - the whole story drops in print in the now monthly Scooby-Doo #19 on 26 October - features a great Golden Age villain.
Buy this digitally, buy this in print, just buy this - if Christmas were a comic, this would be it.
Dario Brizuela DC Comics Scooby-Doo Team-Up #37 review Sholly Fisch Zatanna