The Death of Hawkman #1 review 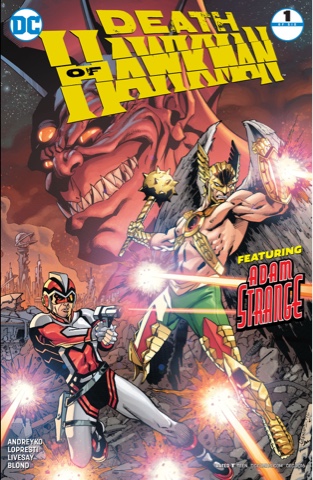 Adam Strange is helping a badly injured Hawkman across the carnage-strewn battlefields of Rann. The contrast between the pair is evident 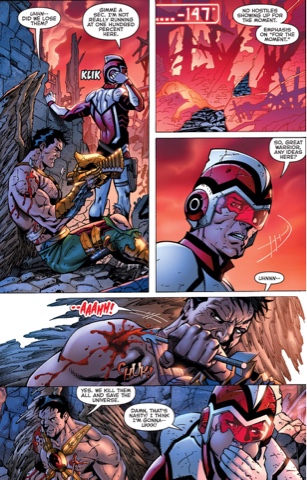 A flashback shows us some of the events leading up to the shocking opening. It's a scenario we've seen dozens of times - Adam hanging around on Earth, waiting to intercept the Zeta Beam that will teleport him to the world of Rann, and his love, Alanna.But something's wrong. 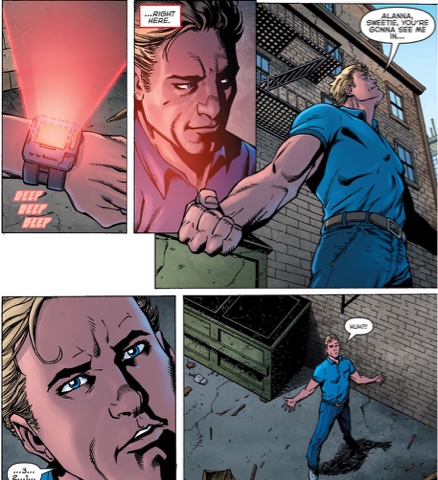 Adam turns detective to learn why the beam isn't connecting with him, using his JLA credentials. 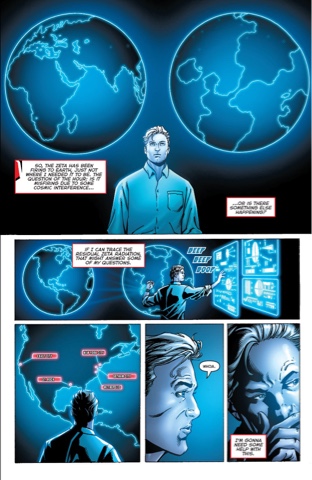 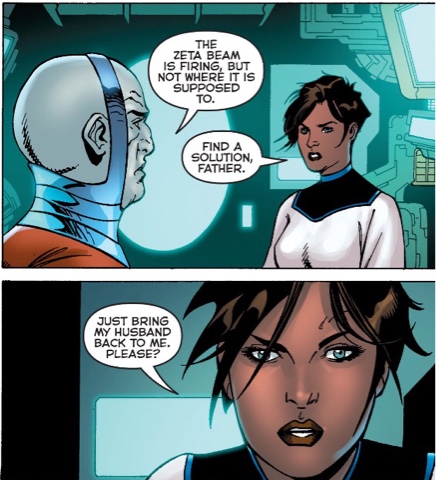 Given the opening, it's no spoiler to reveal that Adam makes it off-planet by the end of the book (with the Zeta Beam now having the ability to change Adam's look from Earthman to Spaceman). We don't catch up with the battlefield beginning, which is a shame. I'm not a big fan of in media res stuff... if I know where a story is going, take me there as quickly as possible.
Still, I enjoyed this issue. A mildly grumpy Hawkman is entertaining, even though I prefer the cool-headed Silver Age version, while 'mild-mannered archaeologist' Adam Strange has always been a favourite. His investigation is nicely paced by writer Marc Andreyko and presented by penciller Aaron Lopresti, inker Livesay and colourist Blond. There's an expecially nice sequence contrasting the two worlds of Adam Strange. 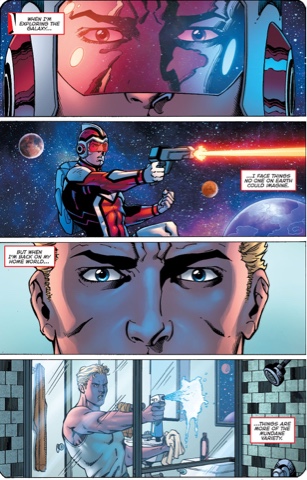 I'm not thrilled at the advertised prospect of another war between Thanagar and Rann, DC has been there too many times, but anything that puts two of Gardner Fox's greatest creations in the spotlight is fine by me.
The six-issue series was announced as Hawkman and Adam Strange: Out of Time, and the post-colon bit is the title of this first issue. I like that better than The Death of Hawkman because, well, comic book deaths don't excite anyone, especially when we're talking a character with reincarnation in his bag of tricks.
But the creative leads have proven themselves at DC plenty of times (Andreyko most notably on Manhunter, Lopresti on Wonder Woman) so I'll give them a few issues to pull me in. The missed opportunity so far, though, is the chance to DC Rebirth away the three main characters' recent looks. Here are the designs I believe are iconic for Katar Hol, Adam Strange and Alanna:

And here are the most recent versions.

Lopresti is an artist whose work I'm always pleased to see, he's a fine storyteller who produces stylish superhero work; I wish he were drawing the classic versions, rather than the latest looks. The simple, yet perfect, lines of Adam and Katar's outfits have been replaced by over-designed homages, while Alanna, though still striking, is no longer the space science siren.
Who knows, though, maybe by the end of this series Hawkman and Adam Strange, at least, will look more like themselves again. The regular cover by Lopresti and colourist Brad Anderson is nicely composed and well executed, promising JLA villain supreme Despero, while the variant is possibly the best thing I've ever seen from Philip Tan, here coloured by Elmer Santos.
I don't know where this series will end up, and that's great - too many stories today are wrecked by publicity about what's coming afterwards. With this being a limited series, there's nothing to be announced later. For now, a rollicking space yarn featuring swashbuckling heroes with sparky character dynamics and attractive art is enough. And so far it looks like we're getting just that.
Aaron Lopresti Blond Brad Anderson DC Rebirth Elmer Santos Livesay Marc Andreyko The Death of Hawkman #1 review