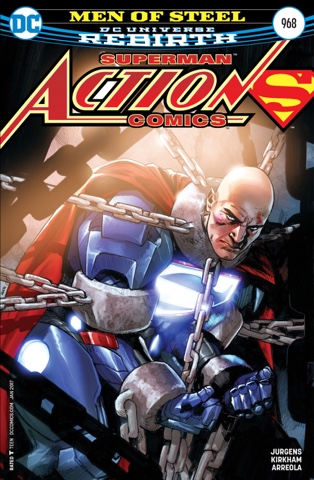 The original Man of Steel is trapped in an all-out brawl with the alien Zade after the mysterious Clark Kent activated the signal watch he gave him. Self-proclaimed Superman Lex Luthor, meanwhile, is having problems of his own. 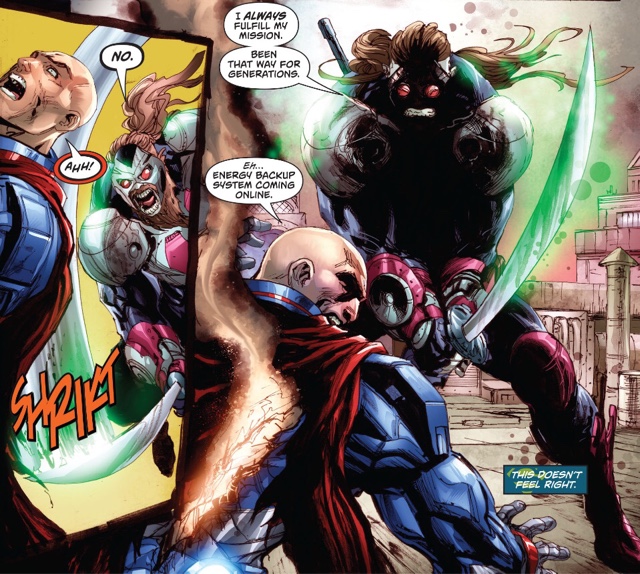 That's the Godslayer, who's out to off Lex not because he is a god, but because he's predicted to become one - and not just any old deity... 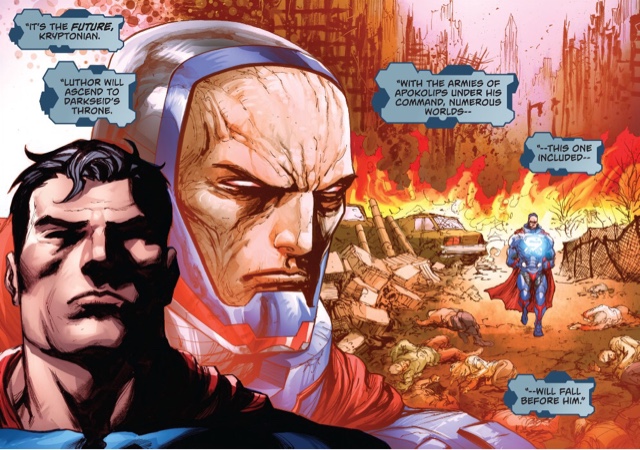 Something's draining Superman's powers, meaning he's having a harder time against Zade than you might expect. But he gets a helping hand from Super-Son Jon. 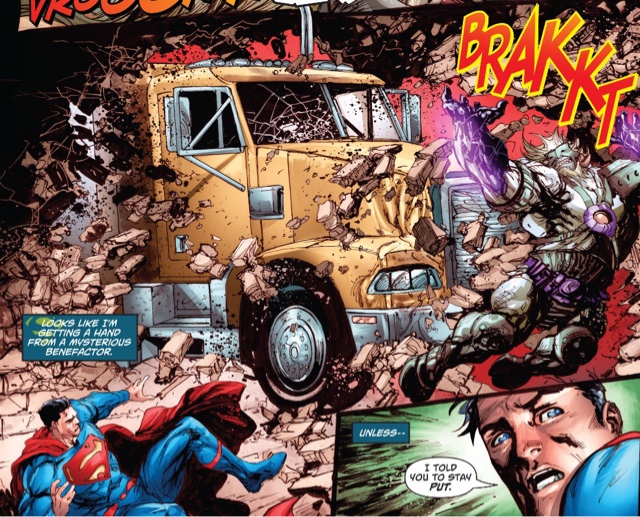 Grateful as he is, Superman doesn't want his littl'un  to be so close to such violence, and has him retreat. Mother Lois gets a huge shock when she sees him there, terrified he'll catch the eye of the attacking aliens. And he does, but it doesn't put Jon in danger. What's au contraire in Kryptonian? 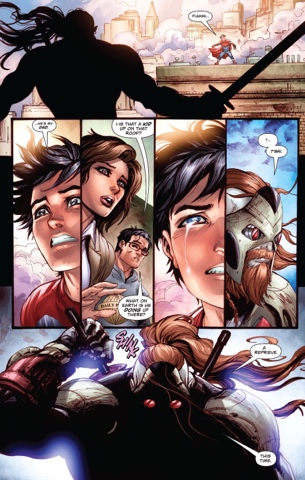 It's an indication that the Godslayer isn't all-out evil - he really believes he's doing good and doesn't want to traumatise a child. But he isn't above kidnapping Lex, prompting Mystery Clark to ask a question which makes it clear that while he looks like Superman, his character is very different.
But given that's the closing moment, I shan't spoil. I want you to buy this book so Dan Jurgens gets to keep writing the new Superman Family - the individual voices, the way they interact, it all makes for a different, fantastic flavour of Superman story. I'm enjoying the mystery of Zane and the Godslayer, Lex's genuine belief he could never go down the Darkseid route, Lois' return to the Daily Planet, the riddle of Clark Kent and Jon's pre-teen spirit. There's a terrific opening scene that I've not touched on that gives us a slice of Metropolis life and a panel that I'm going to pretend is a shout out to this blog (as pointed out by my pal Anj of Supergirl's Comic Box Commentary). 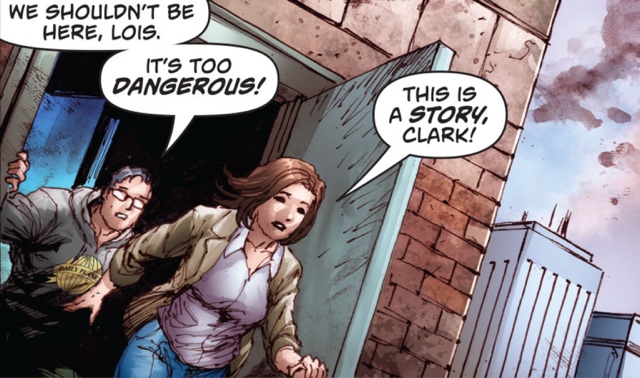 And it's all drawn in fine, punchy style by Tyler Kirkham - the figures are excellently rendered, and placed in dynamic tension against the wacky world of Metropolis. Every page is a dramatic delight, with my favourite featuring Jon's pleasure at having given his Dad a hand - that expression is perfect.

Colourist Ulises Arreola uses a lot of watercolour tones for backgrounds, meaning Superman, Jon and the villains really pop. Prophecy bubbles - it's a thing, go with me - are suitably enchanting. And Arreola grabs the opportunity the final scene gives him to go full-on moody with relish.
The only quibble I have is that at one point Lex is really slammed, face first, into a metal girder and should, pretty much, be dead - or at least horribly bloodied and bruised. Maybe he's had some enhancements, but it's something the creators should watch.
Rob Leigh is the underpraised member of the Superman creative team, producing dynamic narrative lettering and stylish title fonts pretty much every week, while Jurgens reminds us what a terrific artist he is with his cover design, beautifully realised by fellow artist Clay Mann and Arreola. Gary Frank, meanwhile, continues his series of variants with this powerful number. 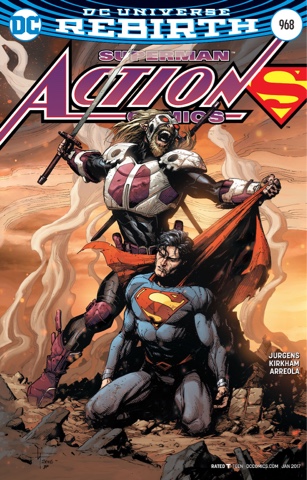