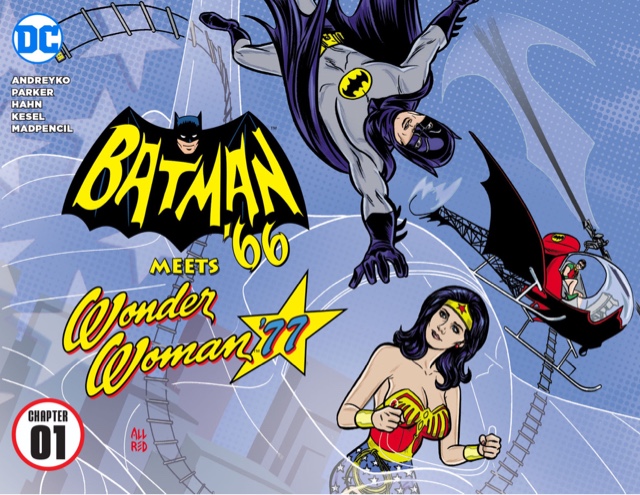 Catwoman steals a book for a mysterious woman but the Dynamic Duo arrive and capture the Princess of Plunder in an enjoyable action sequence. 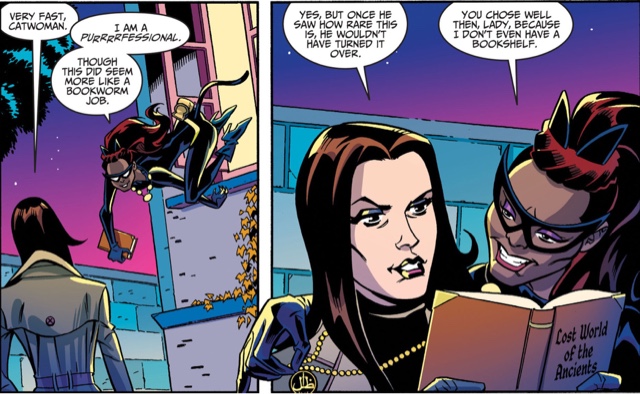 Her boss gets away but Batman remembers meeting the exotic brunette as a child, when Thomas and Martha Wayne were raising funds to fight the Nazis with an auction at Wayne Manor.
And he also met three members of Military Intelligence armed with worrying information...

Writers Marc Andreyko and Jeff Parker's first chapter of this much-requested team-up series is breezy in that Adam West Batman style, with a dash of Lynda Carter's enjoyably earnest Wonder Woman and I'm looking forward to seeing how the two tones mesh. Penciler David Hahn and inker Karl Kesel's attractive open art suits both beloved TV shows - I especially like how we segue into the flashback via Alfred's stance. 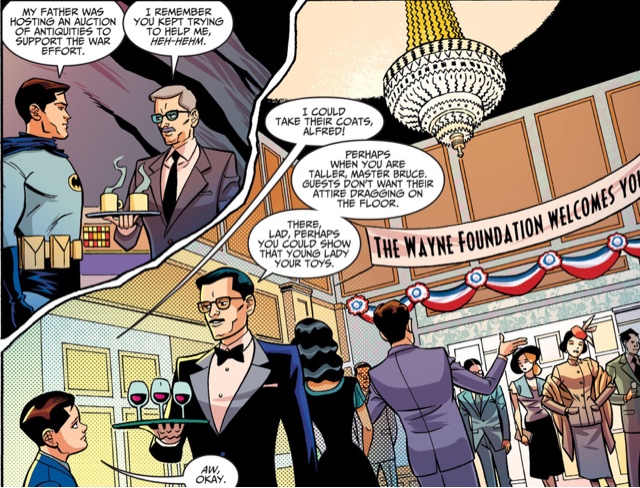 And their young Talia and Bruce are rather adorable.

My favourite thing in this opening digital chapter, though, is international criminal mastermind Ra's al-Ghul holding up his auction paddle.

The tiny thing I'd change would be Diana Prince's hair colour, courtesy of Madpencil - Lynda Carter's barnet always looked black to me, not brown. Perhaps DC will update my digital download and change it for the paper comics version.
As I say though, that's a nitpick - this is huge fun and I can't wait for more.
Batman '66 Meets Wonder Woman '77 #1 review David Hahn Jeff Parker Karl Kesel Madpencil Marc Andreyko