Doctor Who: The Third Doctor #1 and #2 review 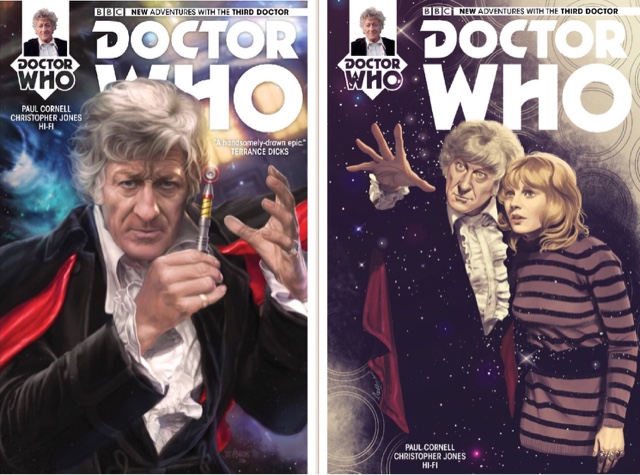 Robotic creatures have turned a sleepy England village into a nightmare. UNIT isn't having much luck defending it, so call in scientific consultant The Doctor and his assistant, Jo Grant. Together they rig up a force field to hold off the invaders, give them time to learn what they're facing. Back at The Doctor's lab, they find unexpected aid. 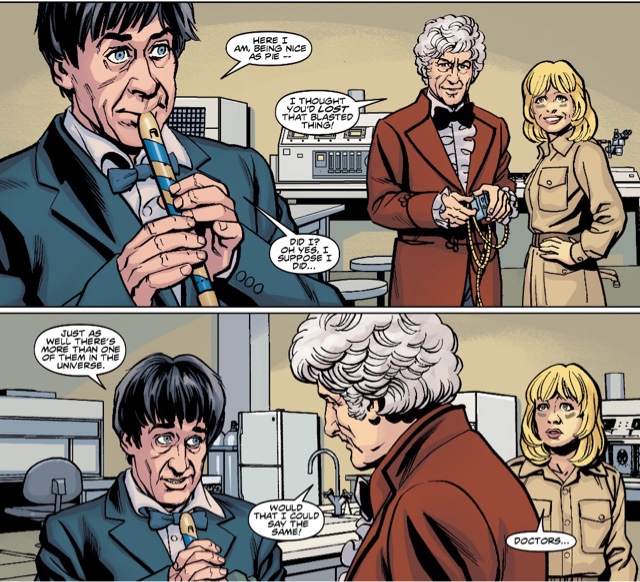 The Third Doctor isn't too thrilled to see his old self, but can hardly turn down help from a mind that's literally as sharp as his own. Especially when Jo falls into the clutches of the invaders and he has to go on a journey.

I don't usually showcase two issues at once but I bought both of these at the Thought Bubble comics convention in Leeds this weekend from the author himself, Paul Cornell, who as well as writing some of my favourite TV Who episodes, co-created two of the best superhero comics of the last few years, Knight & Squire, and Captain Britain & MI13. And this return to Jon Pertwee's Doctor - my Doctor - is a delight. Cornell's characterisations manage to feel classic and fresh at the same time. 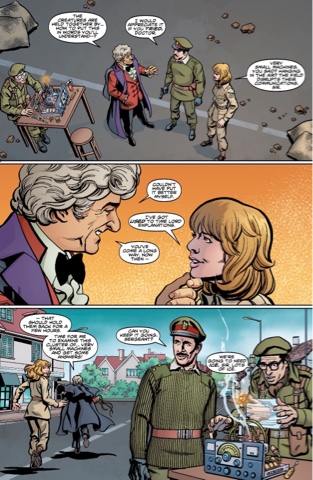 The set-up is pure Pertwee-era, as weirdness hits a small town and The Doctor, Jo, the Brigadier, Captain Yates, Sergeant Benton and UNIT's field science whiz Osgood bring brains and brawn to bear.
Oh, and as well as the robots, there's a familiar villain. Perhaps the best Who villain of them all. 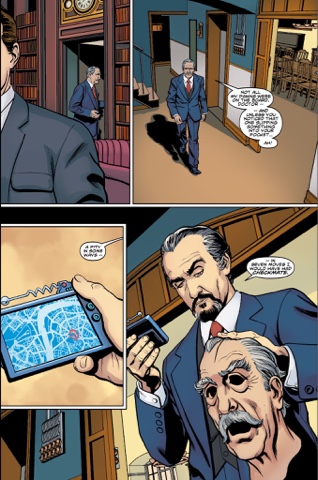 I do like that despite the unlimited 'special effects budget' of comics, in The Heralds of Destruction Cornell has The Master pull off a decidedly old school mask.

And there's a very cute moment when Jo almost coins a certain phrase. 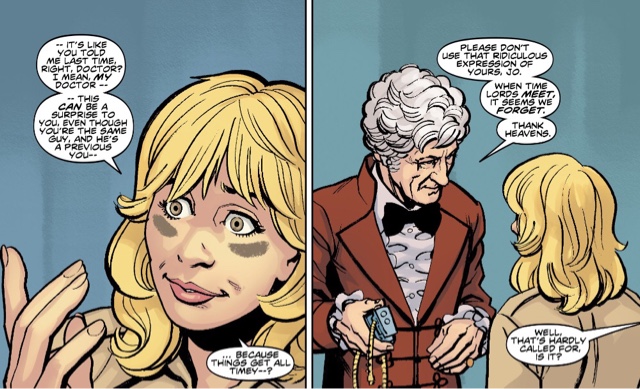 The best scene in the first two issues, though, is gifted to the Brigadier - I'll leave you to discover that one for yourself.

By the back half of the second issue Cornell has taken The Doctor and Jo somewhere unexpected, but somewhere that perfectly evokes the early Seventies era of Three. And like every other moment in the two books, it's wonderfully realised by artist Christopher Jones, whose storytelling is as strong as his gift for likenesses and body language. 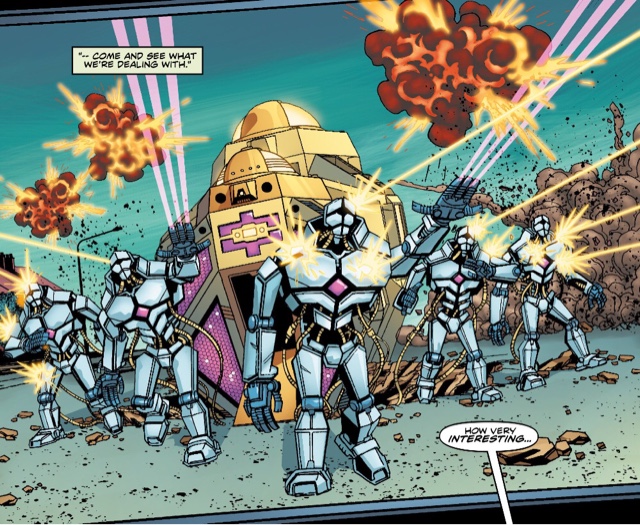 And he draws a mean clunky period robot. The colours of Hi-Fi help too, evoking these sunny Who hamlets of my childhood, and when we enter a somewhat wackier realm... wow! Kudos, too, to Richard Starkings and Jimmy Betancourt for unobtrusive, effective lettering.

Throw in two great photorealistic covers by Claudia Ianniciello and you have a terrifically entertaining package, a great beginning to a five-part treat for fans old and new.