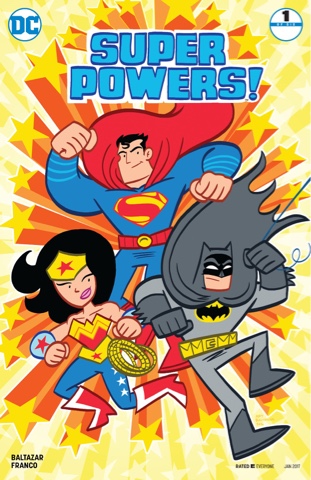 Aw yeah, Art Baltazar and Franco are back to play in the DC sandpit, with a new batch of adventures featuring Wonder Woman, Superman and Batman. We begin with Superman subbing for Batman, taking on dastardly villains for the absent Caped Crusader. And he's not thrilled. 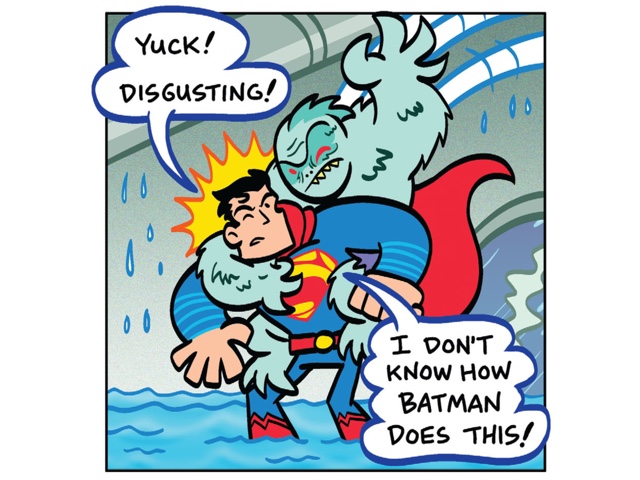 Whether Metropolis really has a better class of villain is a debate for another day - Parasite, anyone? Today, Batman has been kidnapped and it's up to Superman and Wonder Woman to find him.
And just as Superman has been fighting Batman's foes, the Gotham Guardian is with his friend's enemy. 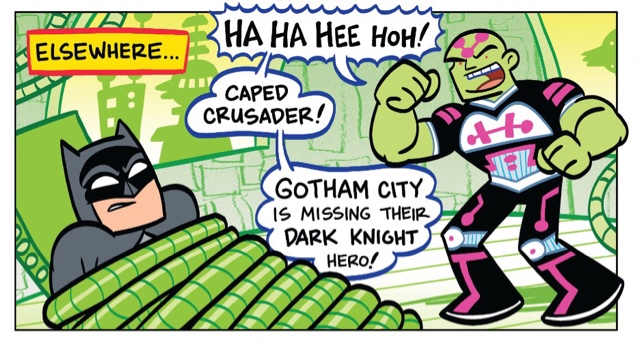 Brainiac obviously isn't himself, so who's pulling the strings?
I'm happy to wait and see, meanwhile this opening chapter has plenty of all-ages fun. As well as Superman's disgust at Gotham, there's a terrific villain HQ... 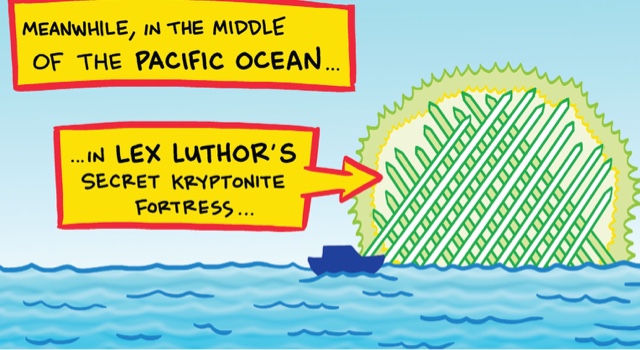 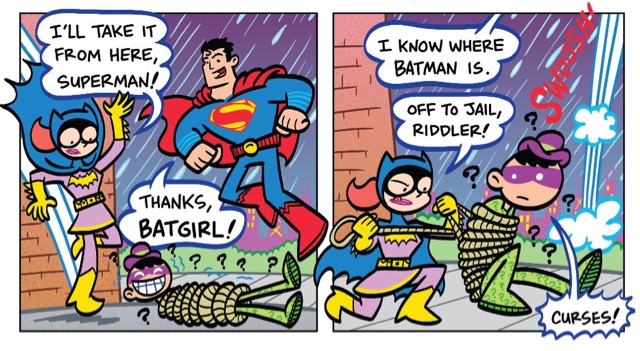 ... and the return of Lara and Jor-El from Superman Family Adventures - and one of them has a big surprise. 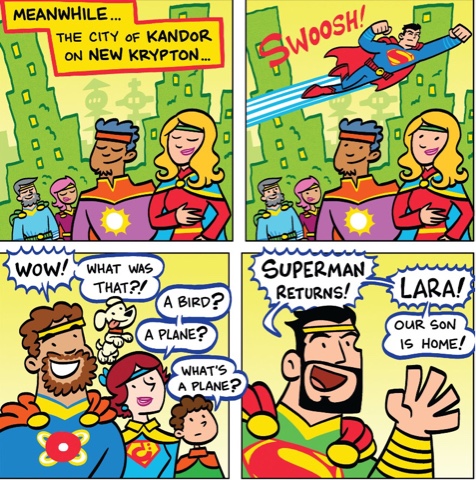 If you've sampled such previous Art and Franco collaborations as Tiny Titans or Billy Batson & the Magic of Shazam - they co-write and Baltazar provides full-colour art and lettering - you'll know to expect bright, brash tales nodding to DC's fantastic legacy of stories. If you haven't, dive in and enjoy the ride. 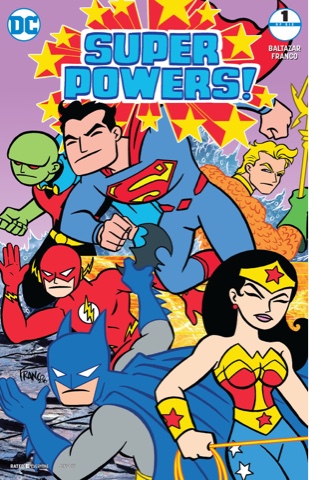