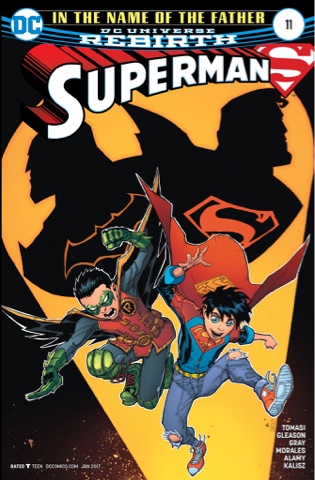 The destinies of Jon Kent and Damian Wayne are entwined by the relationship of their fathers. But the kids known as Superboy and Robin haven't been getting along, something Superman and Batman realise has to be rectified if they're to be allies and, better yet, friends. So it's boot camp, superhero style. The boys are dumped in the wilderness and set a series of challenges; it isn't enough to escape back to their respective homes, they must work together, prove themselves worthy of their fathers' colours.
Of course, Batman and Alfred are keeping an eye on them from afar, with Superman close at hand should they get in real danger. And on the sidelines are Damian's pal Nobody who, it's safe to say, can be bought... 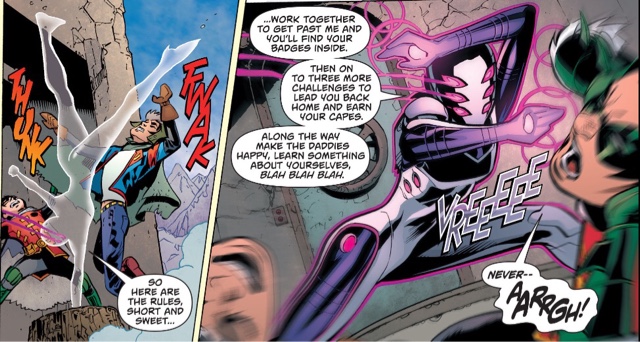 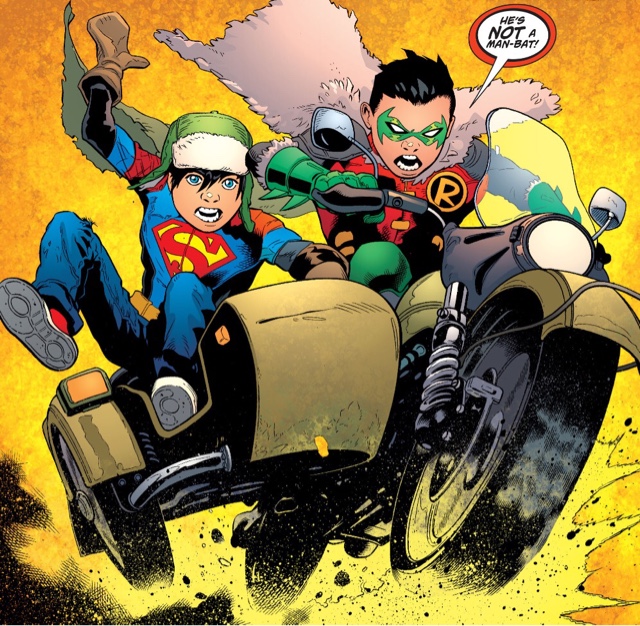 They've been enlisted by Superman and Batman to throw the odd spanner in the works.
So do Jon and Damian find their World's Finest form? Will they be good pals or frenemies in their upcoming series? I'll let you find out by reading this latest issue of one of DC's best books, as the boys deal with the likes of Superhero Tag, a runaway train... and some fiendish frozen fish. 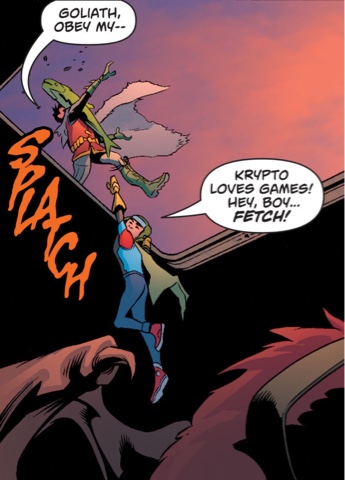 Along the way, we see Damian drop his uncaring facade, and we learn that Jon is hardly the perfect kid hero we might expect considering he's the son of Superman and Lois Lane. 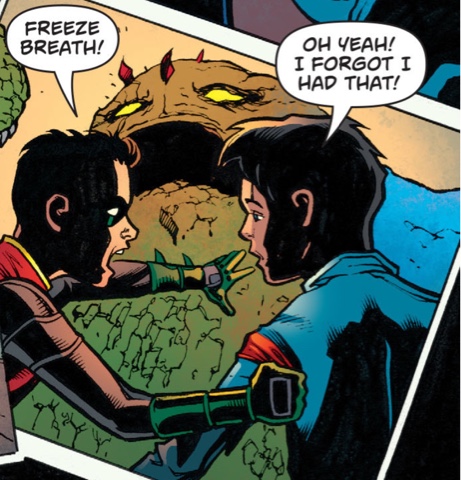 Writers Peter J Tomasi and Patrick Gleason unleash the crazy in this prelude to the Super Sons series, sending the boys on a rollercoaster adventure. The writers know we know the Super Dads wouldn't abandon their sprogs, so admit from the start that Superman is never far away. This doesn't take away from the fun in the least, because Clark's not going to intervene unless they're in big trouble - the spotlight remains on the contrasting characters of the boys.
And when the lads have earned their stripes - or not - there's a closing gag which is funny, but a tiny bit off, given where we are. I won't spoil this scene, but I'll be interested to hear whether it works for you.
Gleason also pencils, and his layouts and figurework just gets better - there's a real verve to proceedings. Plenty of images vie to be my favourite panel but in the end the honour goes to this one, which is at the centre of what may also be my favourite page. 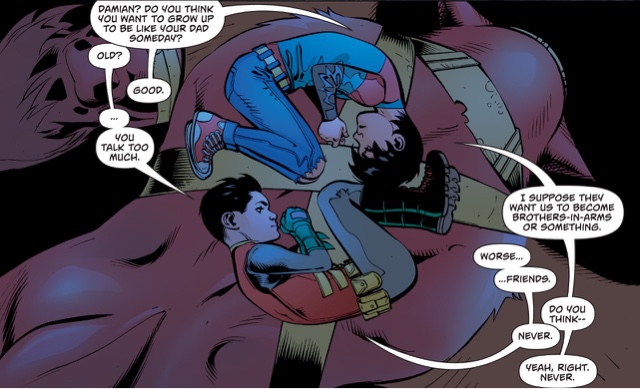 Aw see, they're big brave heroes in training - but just kids, still snuggling in the foetal position. And am I imagining that Gleason is thinking yin and yang here?
This art is just fun to look at, and having three inkers - Christian Alamy, Mick Gray and Mark Morales - doesn't detract at all, the look is consistently strong. That's also helped, of course, by having a single colourist, the talented John Kalisz. Rob Leigh remains a welcome regular member of the creative team with his likeable lettering, while the covers of Gleason and colourist Alejandro Sanchez, and Andrew Robinson are effective in their own way - one a great poster shot, the other a dramatic moment. 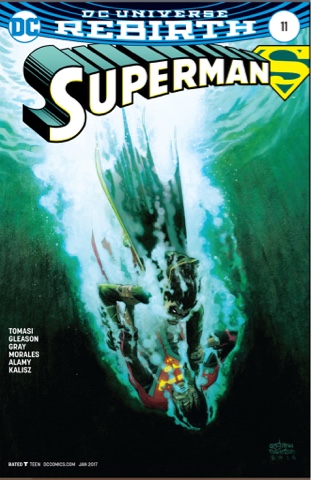 I was looking for something new to kick off this week's reviews but in the end defaulted to one I was pretty sure I'd love. And Superman #11, with its developing relationships between two generations of heroes, didn't let me down.
Alejandro Sanchez Andrew Robinson Christian Alamy John Kalisz Mark Morales Mick Gray Patrick Gleason Peter J Tomasi Rob Leigh Superman #11 review