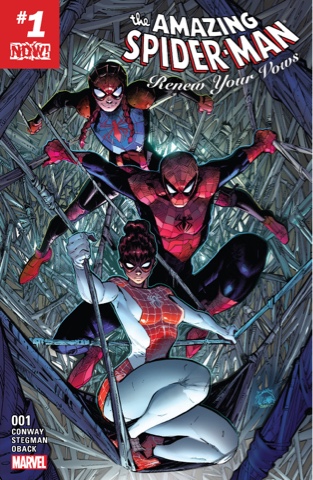 A world away from regular Marvel continuity, Peter Parker and Mary Jane are still married. They're living in Manhattan with daughter Annie-May and super-heroing has become a family business. Peter is back in the Spider-Man suit after a period of retirement, Annie-Mae is being tutored in the use of her inherited powers... even MJ is fighting the good fight in modified super villain armour.
The story opens with Peter battling the Scorpion while, just as in the old days, he's distracted by everyday affairs - but where once it would be job, love life or Aunt May's health, now it's a different matter... 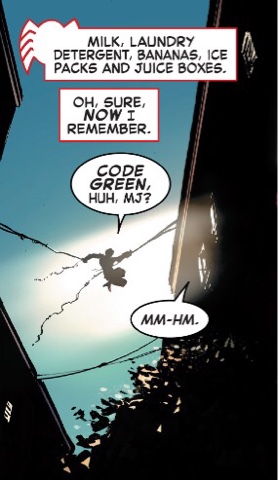 When MJ contacts him with an emergency code, Peter wraps things up quickly. What kind of crisis merits interrupting a slugfest? 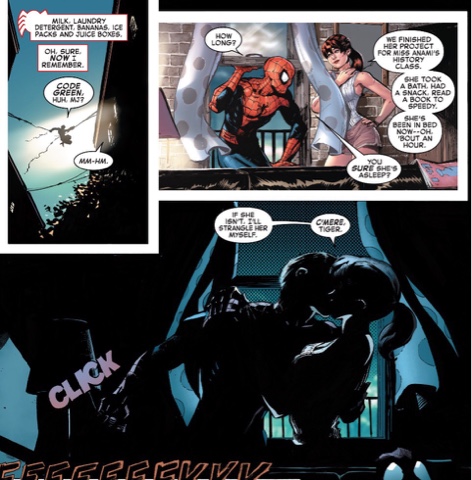 Ah, bless.
The best-laid plans go awry when it turns out Annie-May is far from asleep - she's redecorating. Kinda. 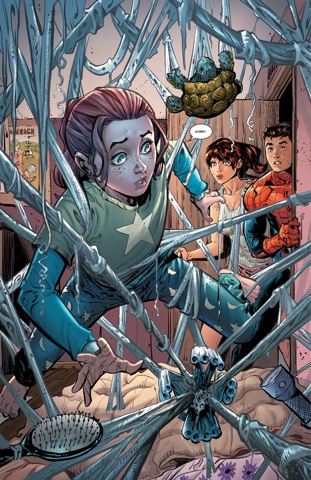 Next day, Peter sells photos of Spidey action to J Jonah Jameson before heading to the spot formerly occupied by super-baddie Regent's headquarters. Something big is happening and he's glad when help arrives. 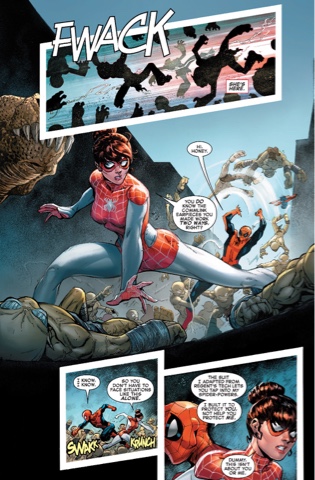 And I'm so glad this comic has arrived. Gerry Conway, who took over Spider-Man after Stan Lee left, hits the ground running (buildings swinging?). He's one of the best writers around, a master of plotting, pacing and character. Here he sets up the Parkers' situation, gives us two superhero battles, a bit of Daily Bugle business, a mysterious villain who's way beyond the Norm and one very cute tortoise. Peter and MJ are the loving couple they should be, while Annie-May is very much her parents' child, combining smarts and confidence.
And you know that old argument that superheroes shouldn't be married because domesticity is boring? Try this. 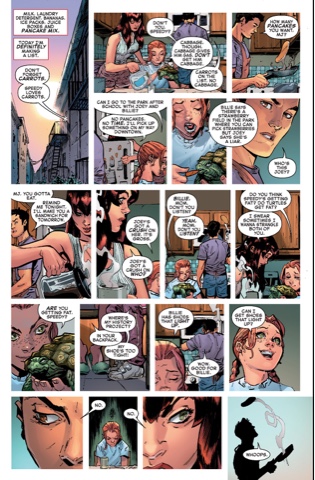 Former Scarlet Spider artist Ryan Stegman brings verve to every page. The big scenes pop - especially a spread towards the end - but it's the quieter moments where he really excels, conjuring every emotion with true craft. I especially like the looks that pass between MJ and Peter as they deal with a kid who's far from ordinary - Conway writes them as a team and Stegman totally sells it.
While I'm old-fashioned enough to miss non-computer colouring, I have to give Sonia Oback credit for her rich work here, there's a solidity that helps anchor the story. And Joe Caramagna does a sterling job with the letters, I only wish he were getting to do proper thought balloons - again, I'm old - but Conway's narration by Peter works well, it's not just old-style thoughts transposed to boxes. 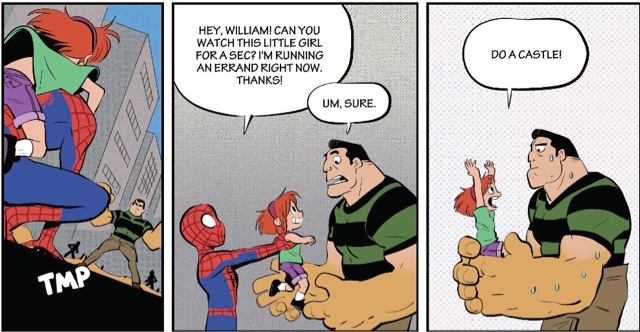 As well as part one of Brawl in the Family, this spin-off from the recent Marvel Secret Wars features a couple of back-ups. The Earnest Adventures of Spider-Dad is five pages of cuteness by Anthony Holden in which Peter and Annie-May spend the day together and eat doughnuts, while Make It Work by Kate Leth and Marguerite Sauvage is six pages of cuteness in which MJ and Annie-Mae spend the day together and eat ice cream. One story features Sandman, the other Rhino, and they're pleasant time-passers, though I'd rather have just the 20pp main story and a cheaper price point (mind, in Marvel terms this $3.99 for 31pp of story is a positive bargain). 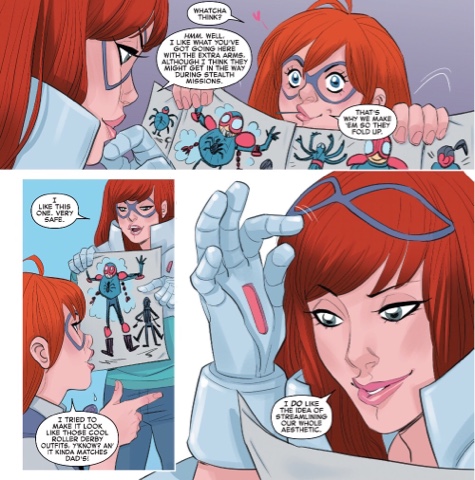 Ryan Stegman and colourist David Curiel's cover is a nice showcase for the new costumes - I enjoy both MJ and Annie-May's looks (of course Mom and Dad would insist on major padding for their Girl), though MJ's hair is rather ageing... is it a tribute to Aunt May?
No matter, I like this book an awful lot - like Tom DeFalco and Ron Frenz' cult favourite Spider-Girl, it's a nice extrapolation of the Peter and MJ love story. If we can't have Gerry Conway and Ryan Stegman on the Parker marriage in the main Marvel Universe, I'll happily take this Earth Whatever version. Now, how about Marvel changes the title to Spider-Man Family?
Oh, and one more thing, I'm not saying Gerry Conway is making a point here... 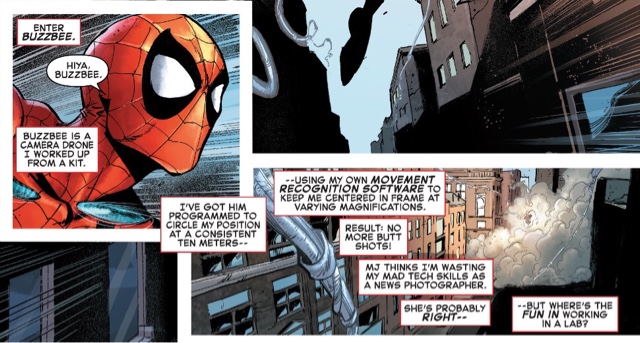