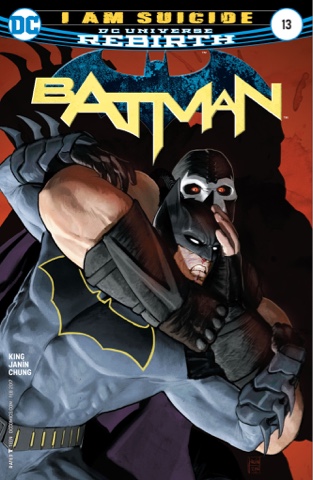 After several issues, we finally get to see the makeshift Suicide Squad in action as Punch & Jewelee, the Ventriloquist and Bronze Tiger bid to help Batman out of a tough situation. The Caped Crusader is slumped before Bane, the criminal's ally Psycho Pirate and the traitorous Catwoman. At the start of the issue, married mayhem-makers Punch & Jewelee are unconscious, beaten up by Bane's lackeys; martial arts assassin Bronze Tiger is locked in a cell; and Arnold Wesker, the Ventriloquist, is standing silently in a corridor because Catwoman, before crossing to Bane's side, told him to wait there. 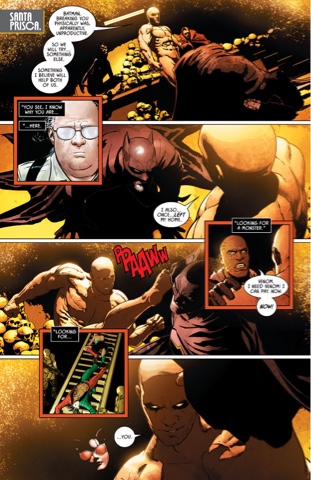 Watching their journey, via inset panels as Bane spells out a surprising offer, makes for several suspenseful pages. Bronze Tiger's determination, Punch & Jewelee's Desi & Lucy routine, the Ventriloquist's stillness... it all equals fine drama. And when one of these characters proves the key to taking down the terrifyingly powerful Psycho Pirate, well, can I just say 'instant classic'?
Tom King's story is fast-paced but never feels hurried. Batman takes a back seat for most of the instalment, but it's his plan being enacted and by the close he's at the centre of things. The villains all make a big impression, with Punch & Jewelee proving doubly delightful. That's the way to do it. 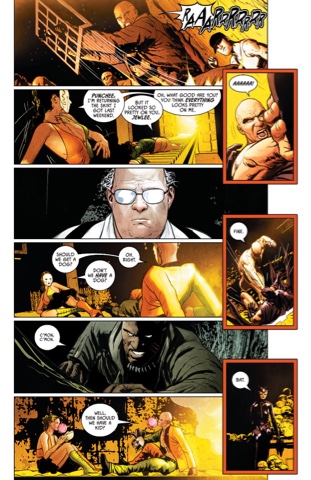 Bane being stark bollock naked throughout, for no obvious reason, gives the superb Mikel Janín the creative challenge of how to keep the book family friendly. It's a stronger reader than me, though, who doesn't then spend too much time perusing the art to see how Janín succeeds in his game of Hide the Sausage. Come to think of it, the climactic bit of business that beats Bane involves a naked bad guy... but I shall say no more.
Disguising a villainous willy isn't all Janín succeeds at, as he once again delivers faultless storytelling. After last issue's all-spreads tour de force, he takes a more traditional route here, but the pages never fail to impress. The choices of angles, the naturalism of the figurework, the personalities of the characters etched on every face... awards will follow.
Janín's cover is a suitably strong image, previewing the issue's Batman/Bane bout, while Tim Sale and Brennan Wagner's variant is a fabulous focus on The Ventriloquist and his pal Scarface. Interiors Colourist June Chung also deserves massive plaudits for her work, with the lighting in the Santa Prisca scenes as dramatic as it is convincing.
Ah yes, I neglected to mention that the entire book isn't set in Bane's stronghold - a couple of pages early on show Task Force X chief Amanda Waller sneaking up on Alfred in the Batcave. Unless the encounter continues next issue, with former SAS man Alfred wiping the smile off The Wall's smug face, this tie-in to the just-started Justice League/Suicide Squad crossover will likely be excised from this storyline's collection.
We'll find out in a fortnight. For now, I'm smiling at my favourite issue of King's run, one in which logic becomes thrilling; I've not loved every chapter, but this writer plays the long game and I trust him to put the important toys back in the box when he's done. 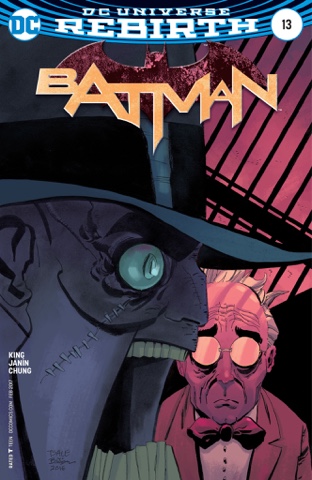