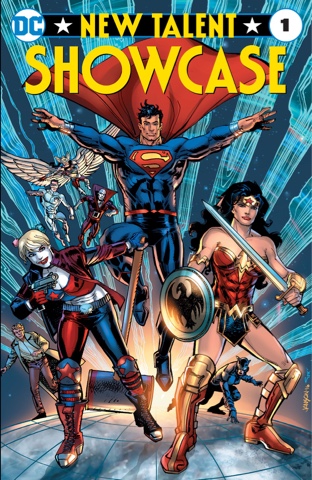 Here are nine short stories by writers and artists from DC's new talent programme. Some of the stories are good, some bad, one is superb - and all are continued. Except they aren't. There's no second issue coming.
I was expecting done-in-ones, the product of talented tyros determined to impress us - the potential patrons of their hoped-for careers - with how much they can do in a short space. Yes, the tight, satisfying eight-page anthology tale is something of a lost art, but these kids have had guidance from the likes of Scott Snyder, Klaus Janson, Jim Lee and Andy Kubert. They should be able to make a fist of it.
Except I don't think that's what they were asked to do. This 80-page, $7.99 monster collects what have to be class assignments, opening chapters of serials the writers would give us, given half a chance. And the artists, some of whom show real potential, were likely challenged to make the work sing. Which is fair enough, but if that's what DC is giving us, DC should damn well say so in the solicitations.
Even worse than a Hellblazer story that can't be bothered to spell 'Zatara' correctly while mischaracterising his relationship with Zatanna... 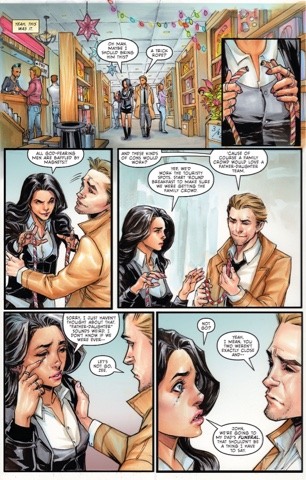 ... worse than a weirdly drawn Wonder Woman story that reads like a parody of hack-slashy New 52 Diana.... 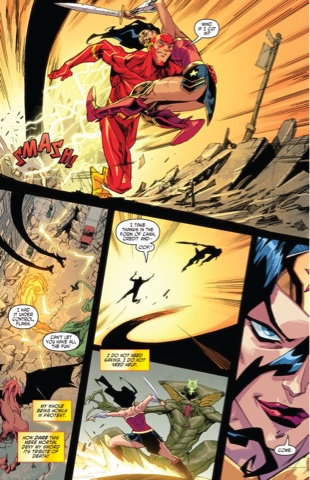 ... is a totally wonderful opening to a gorgeous-looking Deadman story I dearly want to read. 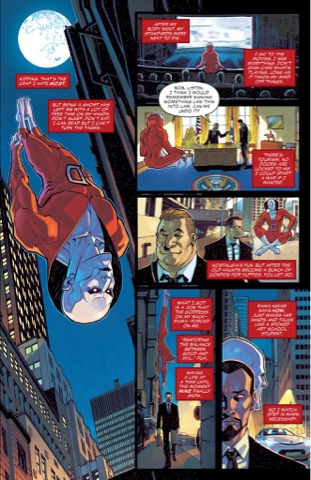 Writer Christopher Sebela, artist David Messina and colourist Morena Dinisio show us who Deadman is, what he feels, how he operates and who he's going to go up against... and we'll likely never see what could come next. Never see it because the story is buried in an expensive anthology that will at best frustrate, more likely annoy, people who do gamble their cash on work by mostly green teams.
So this is me saying please DC, commission Sebela, Messina, Dinisio and letterer Josh Reed to give us more Deadman. I'd also like to see where writer Michael McMillian and artist Juan Ferreyra would go with their enjoyable creepy Superman story - heck, we only know the name of the villain from a text page at the back of the book. 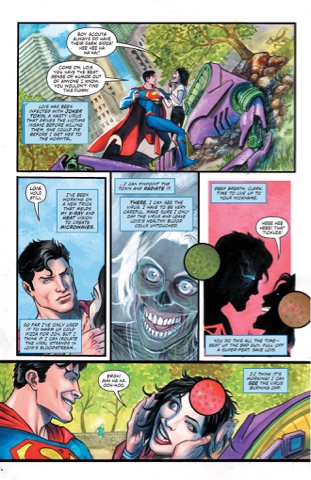 But do not give us any more issues of New Talent Showcase - co-editor Bobbie Chase says it's an annual special - unless it contains short, sharp, satisfying stories set in the DC Universe, because we're not going to buy it. In any sense.