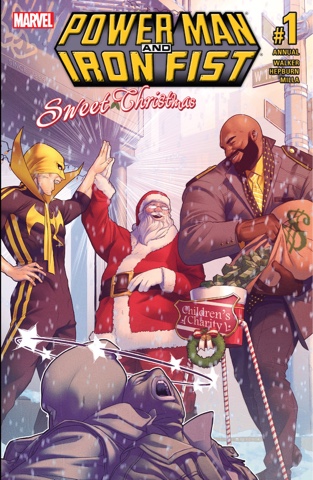 It's Christmas Eve and Danny Rand and Luke Cage are shopping. They're in Times Square at Toyverse, where all-faith elves sell the biggest gift of the season,  Danny wants to buy one for Luke's daughter, Dani, but Luke's not so sure. 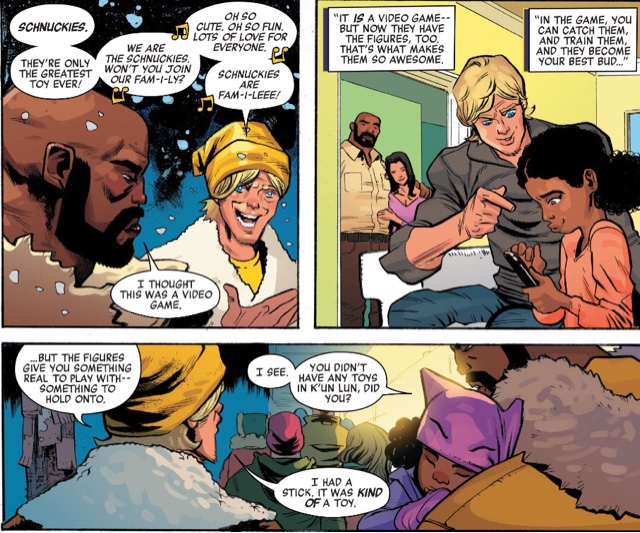 When Danny goes off with Dani to get one of the toys - 'Uncle Iron Fist' is apparently not big on surprises - Luke is surprised by a friend. 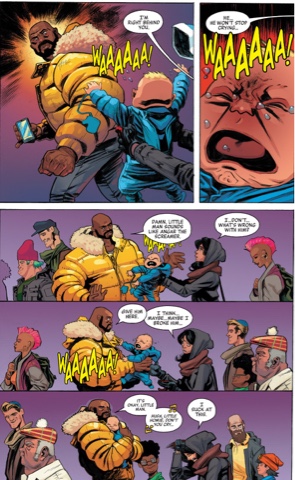 Jessica Drew and Luke are so caught up in their conversation that they don't notice people bashing one another behind them, while Dani is creeped out by the Schnuckies' eyes. As it turns out, Power Man, Iron Fist and Spider-Woman aren't the only heroes on the scene. 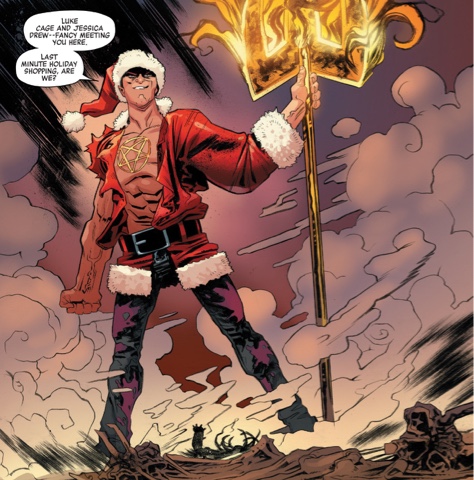 Yes, it's Daimon Hellstrom, Son of Santa... er, Satan. And he's ready to tackle Krampus, who plans to take over the world this very night - but he needs help from the only heroes in New York not out fighting the demon's minions. 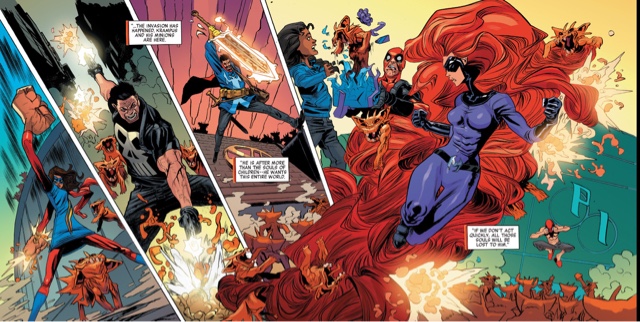 Don't worry, this isn't writer David F Walker just giving us a Marvel spin on Gremlins, it's a fun romp that goes its own way in fantastically festive style. The drama is rooted in character, not just that of Luke and Danny (and Dani), but Jessica and Daimon. Last time I saw the latter he was being a deadbeat ex in Hellcat, but Walker reminds us he swings both ways.

Walker has the talent to elegantly go from broad laughs to social commentary to insights into our heroes, ending with a seasonal message from a surprise guest star that hits just the right note. While taking two small children along for a fight in a demon's lair sounds ridiculous, it's not like they'd be any safer in the department store, with all hell literally breaking loose.
Partnering Walker is Scott Hepburn, whose characterful, dynamic illustrations propel the story along merrily. All the heroes look terrific - well, except Danny, who's currently saddled with a mask and beard that makes him look like a bum - while Krampus is suitably nightmarish.

And the Schnuckies.. well, Danny may not want some, but I rather like them. What's more, Hepburn may be the best coat artist around. 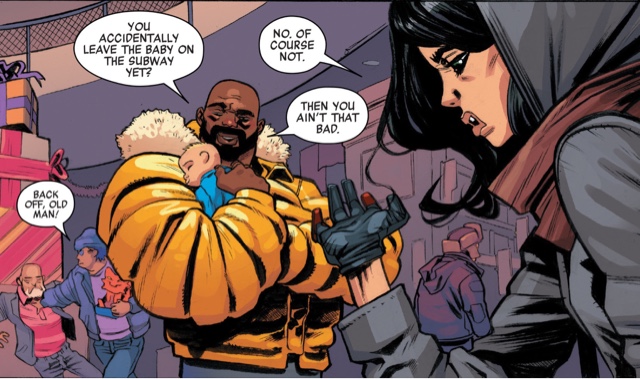 OK, so I have a thing. And credit to Matt Milla for creative Christmassy colouring throughout. As for Jamal Campbell's cover, it's a fun illustration with a bit of a Norman Rockwell vibe; the only thing that could improve it would be Danny in his classic green outfit - have I mentioned that I hate the mud-coloured tracksuit? Seriously, is there any reason he should look like a minor Russian mafia member? Does anyone like this outfit?
From the clever title to the heartwarming last page, this is a lovely superhero comic, guaranteed to chase the Grinch - if not Krampus - away.
David F Walker Jamal Campbell Matt Milla Power Man and Iron Fist Sweet Christmas #1 review Scott Hepburn