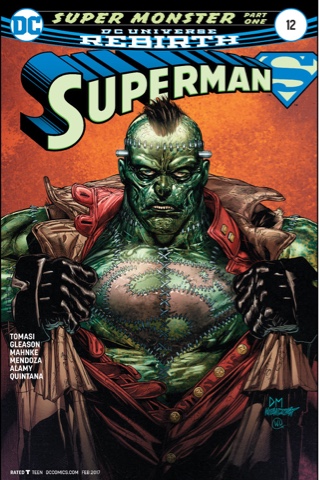 Anyone who's worked in local newspapers will know the feeling. You're having a good day when a member of the public drops in to see you. 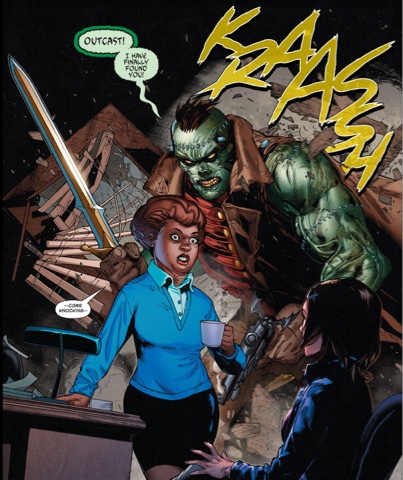 And the day was going so well. After years of not being a reporter, Lois Lane has two newspapers on the go. She's back working at the Daily Planet in Metropolis, and about to take a gig with local paper the >snicker< Hamilton Horn. She wasn't expecting Frankenstein, Agent of Shade, to demand the death of almost-boss Candice.
But Frankie isn't going to have an easy time of it - Lois has alway been a fighter and since marrying Superman she's only become more formidable. Soon she and Candice have taken flight - literally. And while she doesn't have a signal watch, she does have a husband who checks in regularly and he's ready to defend the missus. 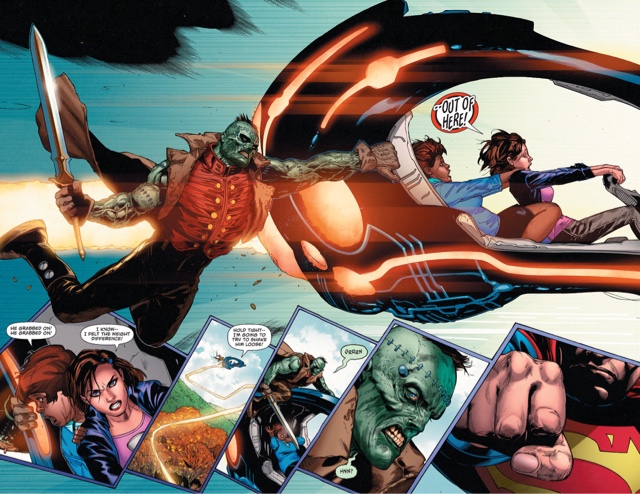 And it's not only Lois and Superman who stand up to the super-agent. 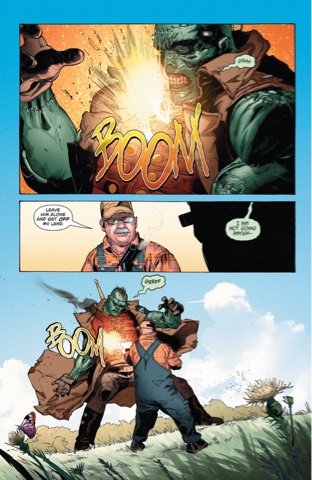 That's one calm fella. And I adore this sequence.

The story continues next issue, with this one ending on a fun cliffhanger I won't spoil. Superman #12 is another fast-moving, great looking romp. Super-Son Jon isn't around this issue - he's at school, presumably - but we do get the other two-thirds of the Superman family and they're on top form. Lois has the heart of a lion, Clark is steadfast and true - they're a wonderfully well-matched pair. As for Frankenstein, he was one of my favourite New 52 characters so I'm chuffed to bits to see him around after DC Rebirth.
And doesn't he look brilliant as pencilled by Doug Mahnke, inked by Jaime Mendoza and Christian Alamy, and coloured by Wil Quintana? He's a formidable presence, his dark charisma lighting up the panels. Add that to Mahnke's gift for composition and you get some memorable sequences.
Writers Peter J Tomasi and Patrick Gleason continue to show their creative synergy - whether they're purely co-writing or Gleason is pencilling too, their names on a Superman book guarantees a quality tale, replete with character-motivated action and  the spirit of Superman. They really have the character voices down - no pun intended - pat, and they're constantly jumping genres to keep things fresh. 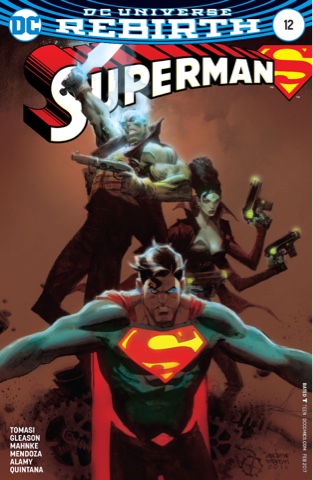 Throw in two fantastic covers - one by Mahnke, Mendoza and Quintana, the other by Andrew Robinson - and you have the latest in a splendid run of Superman issues.
Andrew Robinson Christian Alamy Doug Mahnke Jaime Mendoza Patrick Gleason Peter J Tomasi Superman #12 review