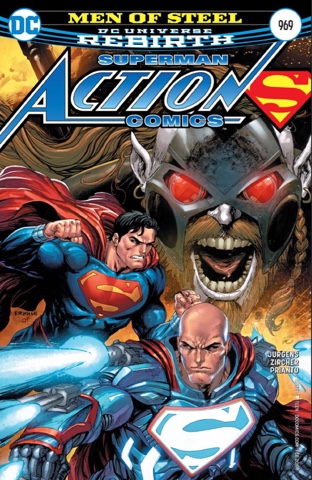 Self-styled Superman Lex Luthor has been kidnapped by two alien beings. L'Call and Zade believe he's destined to become the next Darkseid if he's not killed. And yet they've not murdered him, they've transported him across the cosmos to the world of Nideesi, where a court of Remnants - survivors of galactic genocide - will 'uncover your secrets and determine your fate'.
Back on Earth, watched by wife Lois, son Jon and doppelgänger Clark, Superman hovers in the air, looking for a trace of Lex and his captors. 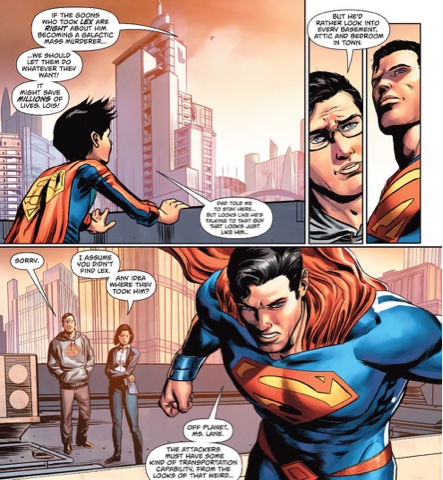 Since swapping his old reality for this one, Superman hasn't trusted the native Lex he's found - but he's not going to let him be executed for crimes he hasn't actually committed.
On Nideesi, we see how L'Call and Zade came to target Lex. For many long years, L'Call has been seeking out and killing men and women he's been told threaten untold numbers of innocents. If he once accepted the task with zeal, that's no longer the case. 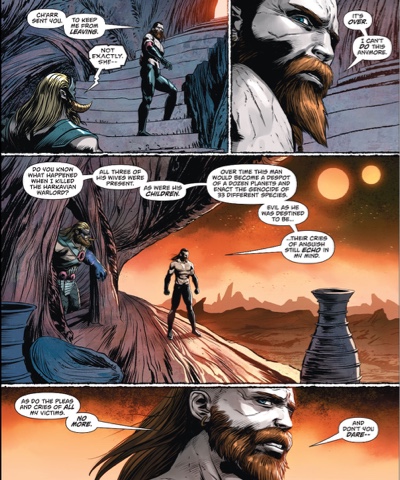 Lex is smart. He knows that if they've not killed him yet, they're not about to. And that gives him hope. 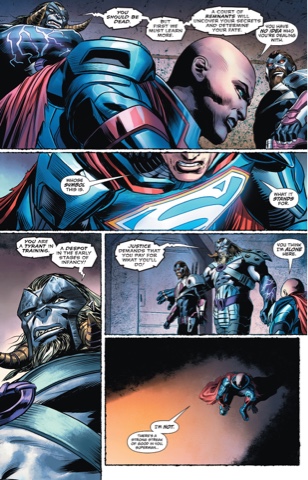 It's a satisfying u-turn on Lex's part; after years of insisting Superman - any Superman - must be Earth's enemy simply because he's an alien, he now believes in his antagonist. Lex is wearing the S-shield and the boot's on the other foot - he's the victim of pre-judgment.
In the two previous issues, L'Call and Zade were the epitome of disposable badguys, interplanetary assassins around, apparently, purely to move the story onward. That was my wrong assumption, because writer Dan Jurgens gives them depth in these flashbacks. They kill, but not with pleasure; both L'Call and Zade have a certain nobility. On the one hand, the dead wife and child is a well-worn shortcut to poignancy. On the other, Jurgens is a skilled writer and he makes it feel fresh. His dialogue shifts gear from the straightforward Metropolis mode, taking on a pleasing elegance. 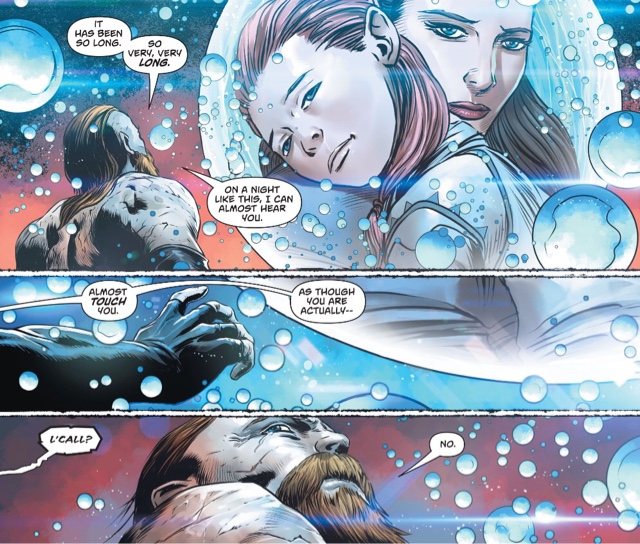 A big ingredient to the success of this issue is illustrator Patch Zircher, who gets to move away from Metropolis and create a new fantasy realm, populated by outlandish beings. One image in particular stands out.

The old woman, Ch'arr, has an an eldritch majesty, as she stands on that gnarled tree, waves splashing under a moody sky. The composition and execution - Arif Prianto's atmospheric colours are wonderful - reminds me of Seventies psychedelic posters... the story of the reluctant killers almost demands a prog rock soundtrack. 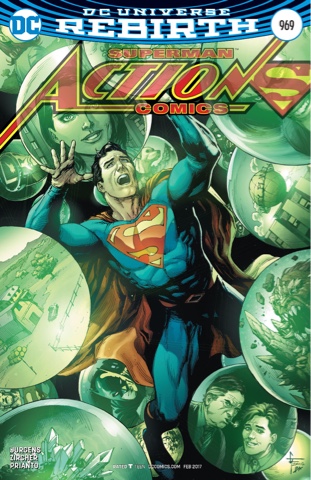 Tyler Kirkham and Prianto's cover is a grabber of an image, as is Gary Frank and colourist Brad Anderson's alternate - with the recent run of edible cover artwork, DC have an awful lot of choice when it comes to fronting the trade collection.
I don't know how Jurgens will wrap things up, but in one issue he shows Marvel, currently mired in its latest Civil War, how the preemptive 'justice' story can be done.
Action Comics #969 review Arif Prianto Brad Anderson Dan Jurgens Gary Frank Patch Zircher Tyler Kirkham