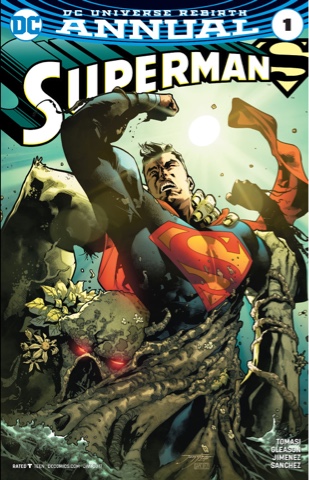 Clark Kent fears he's lost his touch. Things aren't growing well at the Kent farm and this side of Kryptonite poisoning he's not going to get instant green fingers. Who better to ask for answers than the embodiment of the plant world? Not that Superman gets a chance to call him as Swamp Thing shows up uninvited - and he's annoyed. 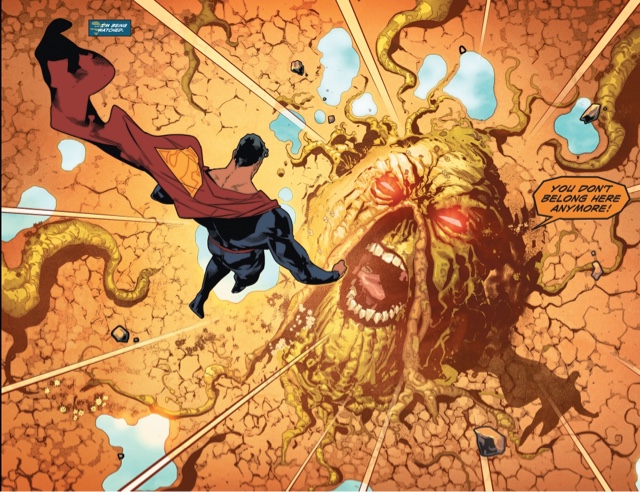 It turns out that the problem is Superman himself. He's not from this earth, this solar system, and the way his body, which vibrates out of tune with his new reality, absorbs energy from the sun is damaging The Green. Can Swamp Thing help or does he simply want to eject Superman from the planet?
Superman has encountered Swamp Thing previously, most famously in Alan Moore and Rick Veitch's seriously classic DC Comics Presents #85, so it's a brave creative team who goes anywhere near this pairing. Charles Soule and Kano gave us a pleasant encounter between Swampy and New 52 Superman, but nothing massively memorable. This issue, though, is something else, as Man of Steel and God of The Green clash. Refreshingly, writers Peter J Tomasi and Patrick Gleason don't have both parties go in all guns blazing - Superman is all about peaceful discussion, but Swampy, who generally likes the quiet approach, is super-sensitive when it comes to threats to the plant realm.
Swamp Thing is truly frightening, a gigantic, angry elemental creature, but Superman isn't intimidated. Whether it's because he knows how powerful he is, or because he doesn't believe Swampy would truly hurt him, isn't stated. All that matters is that Big Blue holds his own. And by the end of the story, the Man of Steel has been subtly changed, further embedding him in the role occupied by the deceased New 52 Superman.
Tomasi and Gleason aren't shying away from the continuity cut-ups of DC Rebirth, even though they could, by now, gloss over the previous few years and simply tell adventures of the old universe Superman and Lois Lane. The decision makes for a rather splendid double-sized issue which truly spotlights Clark's inner strength. It's also a terrific showcase for the talents of illustrator Jorge Jiménez and colourist Alejandro Sanchez. The conflict has room to breathe, giving Jiménez space to strut his artistic stuff; the issue is awash with memorable images, beautifully coloured by Sanchez, who knows how to light a scene to capture and enhance mood. This spread, for example, with its subtle shift from naturalism - just look at those eyelashes - to surrealism is hypnotically lovely. 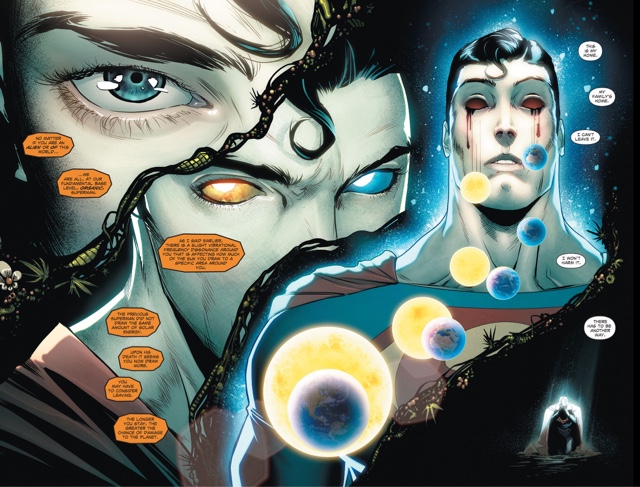 Jiménez and Sanchez also contribute the captivating cover, but it really doesn't prepare us for the glories within. Even tiny panels are joyful. 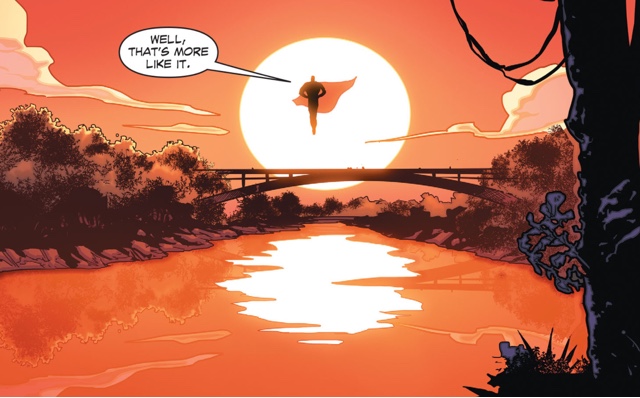 If anyone has previously pointed out the Venn diagram linking Swamp Thing and Superman - Kryptonian photosynthesis - I've forgotten it. I think Gleason and Tomasi are the first. Whatever the case, they've come up with a great hook that motivates some stunning visuals, cracking character work and pushes Superman's story forward. And tying our heroes' dilemma to a planet's vibrational rate, a concept that goes back to the dawn of DC's Silver Age, is rather brilliant.
Most annuals in the last few years have been disposable filler, but ironically, a guest-starring role for comics' premier plant man results in something rather meaty.
Alejandro Sanchez DC Rebirth Jorge Jimenez Patrick Gleason Peter J Tomasi Superman Annual #1 review