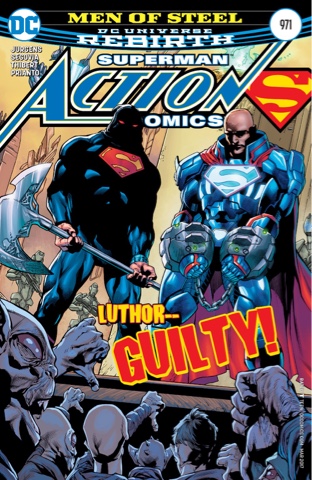 Superman is convinced. L'Call the Godslayer and partner Zade have shown the Man of Steel visions of a future in which Lex Luthor is the new Darkseid. He agrees that Lex must die, that millions might live. He agrees to deliver the killing blow if they hand him the ceremonial sword. 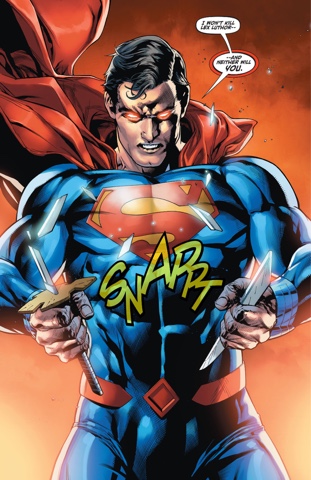 I think we all saw that coming, after all, we know Superman a lot better than the alien assassins. He did once execute three Kryptonian super-criminals, but they had slaughtered one universe and were threatening to devastate Superman's. He believed he had no choice. And the act weighed so heavily on him that he had a personality fracture. So he isn't going to condemn Lex for crimes he's not actually committed. But L'Call and Zade don't know this, giving him and Luthor the chance to flee via Mother Box. Unfortunately, L'Call throws a spanner in the works, causing them not to appear on Earth, but on a red sun world. There, tensions come to a head. 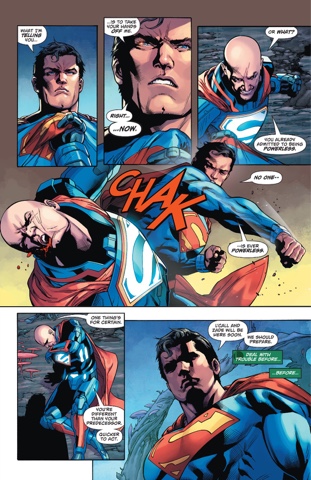 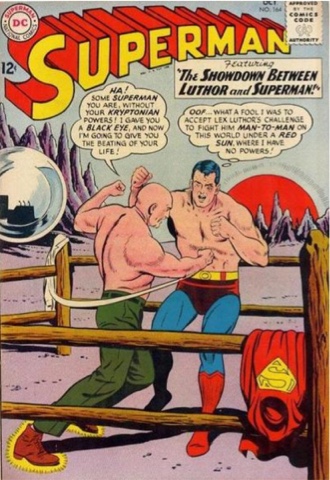 Soon though, Superman and Lex are talking. While he wouldn't allow Lex to be slain for things he might do, Superman still doesn't trust this man, having known a doppelgänger Lex who was a total stinker. This Lex insists that if he was bad, he's better now. 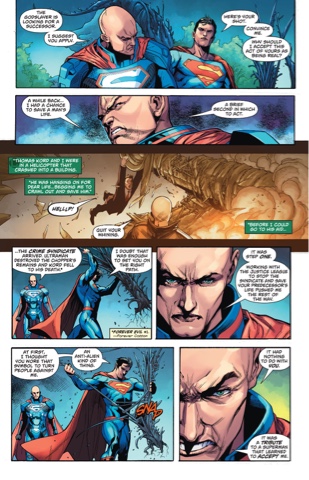 And, Lord help me, I'm starting to believe him. That's how good a writer Dan Jurgens is; he's lived with Superman, Lex, Lois and friends for decades, knows them back to front, yet somehow, in his hands, they always feel fresh.
And speaking of Lois, she spends the Issue with son Jon, taking him to the Metropolis apartment of New 52 Lois. 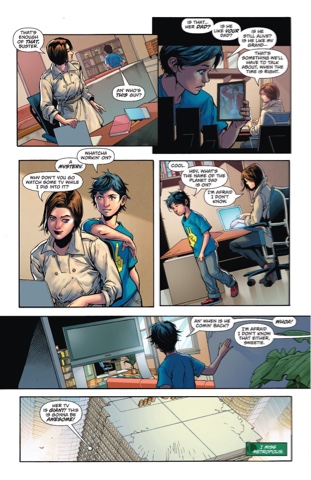 This looks like a set up for the ever-irascible General Lane to appear. Now that's intriguing, I assumed that so long as Lois was impersonating her alternate Earth self, Jurgens would keep dad Sam Lane out of the book. You can fool co-workers but 'your' own father?
And Jon, as ever, is a delight - Lois and Clark worried so much about revealing his heritage and he's cool as a half-Kryptonian cucumber.
Stephen Segovia is this issue's penciller of rote, and artist of note - he's bloody good, capturing all the drama, all the emotion of this latest chapter. And he must be thrilled to have an inker with the experience and talent of Art Thibert, who always ensures a sharp finish. I especially like the red sun planet on which the protagonists land, so evocatively coloured by Arif Prianto. 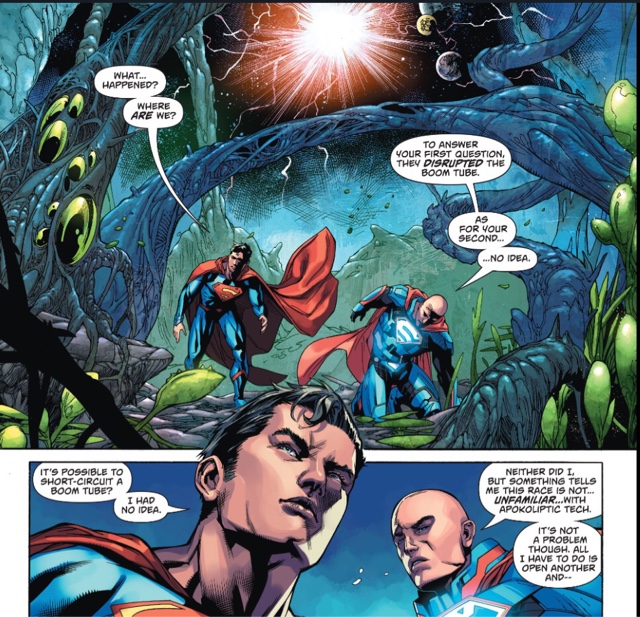 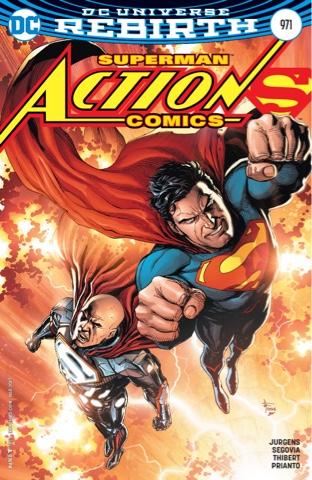 If you're a fan of Superman, you're likely already buying this fantastic series. If you are, and you're not, why not?
Action Comics #971 review Arif Prianto Art Thibert Brad Anderson Dan Jurgens Gary Frank Hi-Fi Stephen Segovia