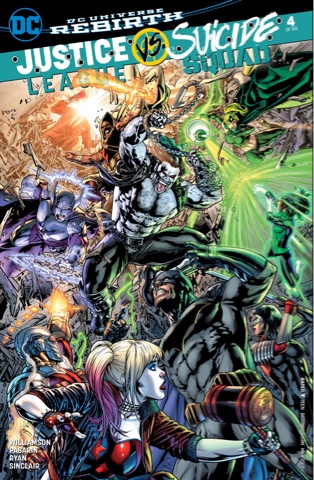 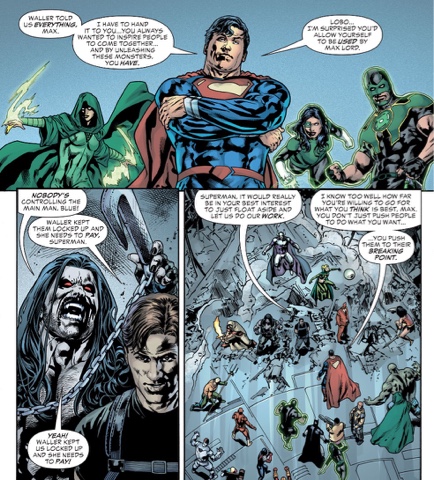 The Man of Steel is an investigative reporter, Lobo's response has to tip him off that Max is using his telepathic 'push' power - not that there's much time to act on the information, as he's soon cape-deep in a massive melee. Johnny Sorrow summons interdimensional demons to even up the numbers, meaning the heroes of the League and anti-heroes of the Squad can't focus solely on Max's mob.
Four issues into this weekly team-up cum crossover, and I am so not bored with the constant fighting. Writer Joshua Williamson is skilled at pinpointing the character combinations that make for interesting exchanges, while his handling of powers and abilities is up there with Paul Levitz at his Legion best. For example, there's Wonder Woman's handling of Johnny Sorrow, which makes perfect (comic book) sense. Cyborg, meanwhile, gets his best moment in, oh, decades? 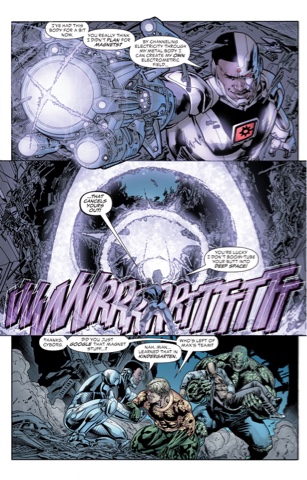 And his gradual transitioning of Killer Frost from villain to hero is coming along nicely, look at how hard she's trying to resist Max - she'll be saving the day any issue now.

And talking of the Legion, old enemy Emerald Empress let's us know the Saturn Girl subplot that's been weaving through a few of the DC Rebirth books will be addressed before too long. 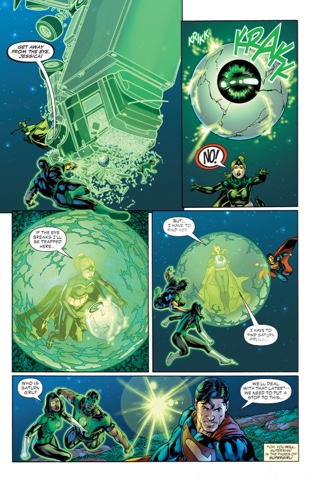 This is a treat of a read, with Williamson's sparky script matched by the event-perfect art of penciller Fernando Pasarin and inker Matt Ryan. The visuals are eye-poppingly good, with splendidly choreographed fight scenes and no obvious skimping to accommodate the massive cast. Keeping track of all the colour schemes is Alex Sinclair with Jeremiah Skipper, while Superman regular Rob Leigh turns in another top-notch lettering job. 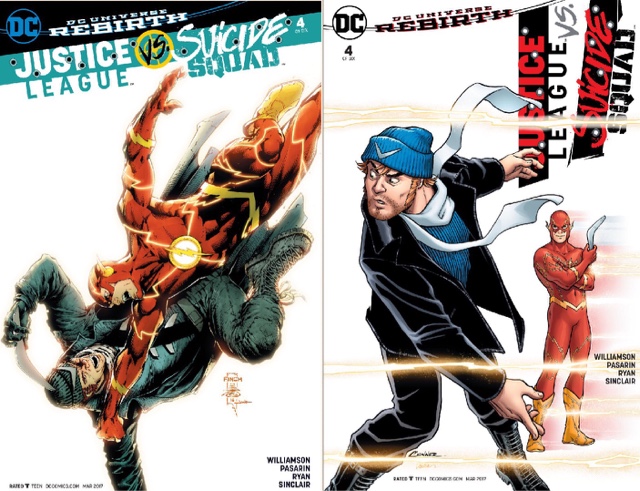 There are once more three covers: the action-packed regular by Pasarin, Ryan and Sinclair and two Flash vs Captain Boomerang variants - a fun image from Amanda Conner & Laura Martin and a dramatic alternative by David Finch, Danny Miki & June Chung.
The book ends with a set-up we've seen previously, but it's not tired because it's so blooming classic, as the influence of another longtime DC presence is felt. Only two more issues to go... darn, this is DC's best weekly book since 52... even without the Rebirth continuity porn, it's a high-concept treat for fans of two top teams.
Alex Sinclair DC Rebirth Fernando Pasarin Jeremiah Skipper Joshua Williamson Justice League vs Suicide Squad #4 review Matt Ryan Rob Leigh