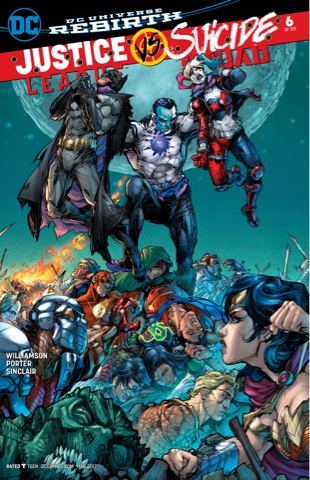 Eclipso has taken over the world. With the Justice League under his influence, the dark god has managed to subsume the populace, turning people against one another. Only the Suicide Squad and Batman remain free - deemed too unimpressive to be of use - and this is the issue in which they show Eclipso what a mistake it was to discount them.
Before that, though, Eclipso, who's possessed the already rotten Maxwell Lord, attacks the psyches of his opponents. 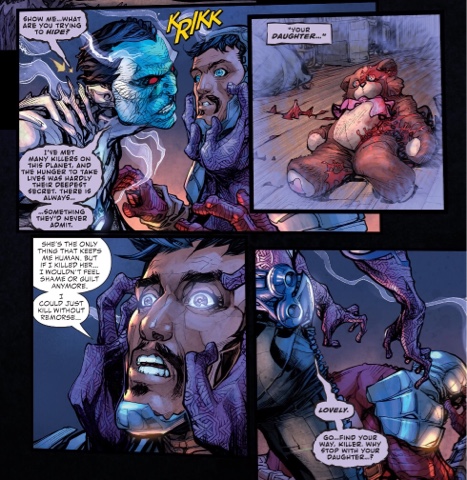 That's dark. And I don't believe it of Floyd Lawton. That isn't revelation, it's corruption.
It's Eclipso's attempt to mess around with Killer Frost, though, that backfires. The thing she'd never previously admit to herself is just how much she wants to do good. And that gives her the strength to pull off Batman's plan to take down Eclipso.
What we get is a classic JLA solution to a problem and seeing it enacted by someone who was previously an antagonist makes it extra sweet. This is where Killer Frost earns her shot at Justice League membership, with Batman making the offer in an extended epilogue that sees the League and Squad members mingling merrily. 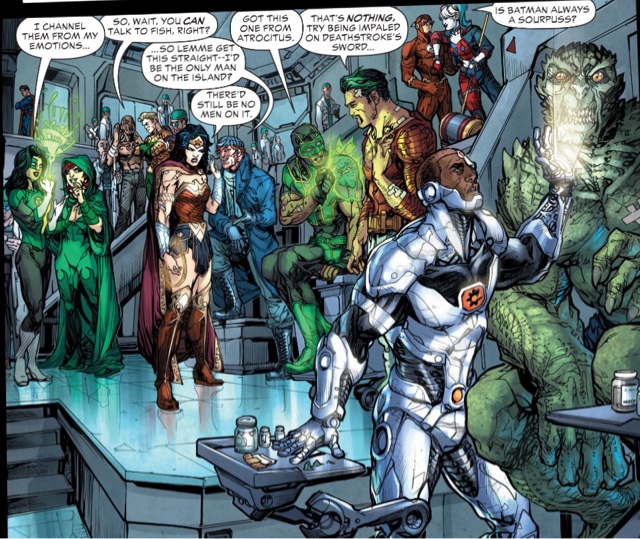 As much fun as this moment is, my favourite scene in the issue is the subsequent chat between Killer Frost and Superman, it's a terrific spotlight on the characters. 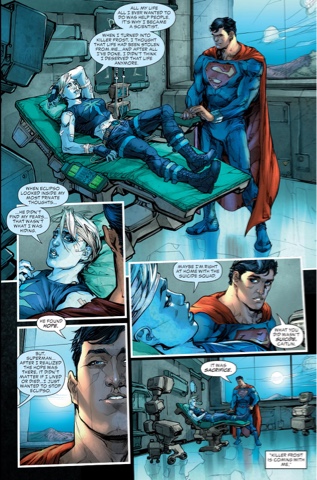 Writer Joshua Williamson once more shows how he just gets the DC Universe, and has a Geoff Johns-style knack for seeding stories. The last pages of the comic set up further appearances by members of the first Task Force X across the DC line. They include the already announced search for Saturn Girl in Supergirl, making this the most exciting tease. 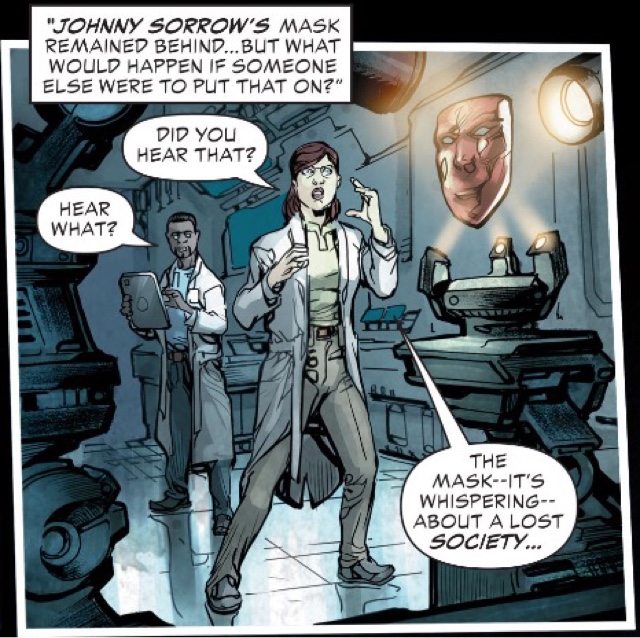 The Justice Society of America? Yes please.
One loose end that needs tying up immediately is the whereabouts of the Black Diamond that allows Eclipso to reincarnate himself in whomever holds it. The sheer carnage wrought in this crossover demands speedy action by the League and Suicide Squad boss Amanda Waller.
Speaking of whom, the back-to-normal Max paints her in a truly awful light here. She doesn't confirm his theory, and I hope it's not true, as it's too dark even for a woman who regularly deals with devils.
Hopping on for this final issue of what has been a superb series is artist Howard Porter, whose muscular compositions are perfect for the blockbuster brawling. He recently drew a 31st-century Eclipso in the much-missed Justice League 3001. The Max Lord version here is surprisingly sexy. 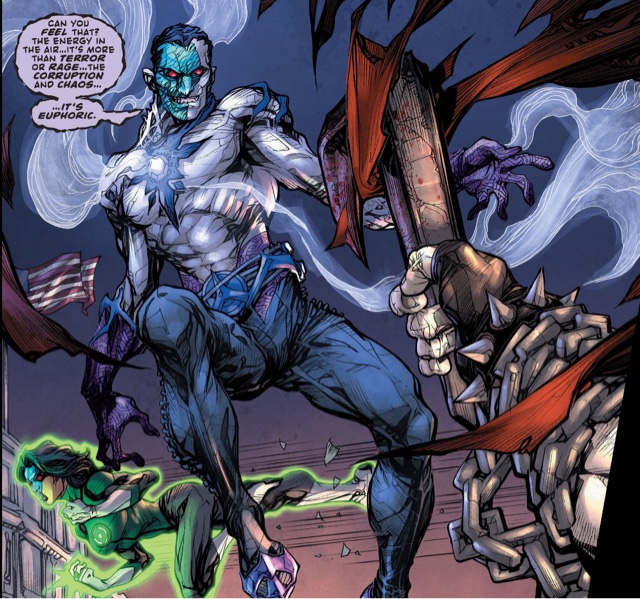 Porter has a gift for packing his work with people, props and backgrounds without the pages ever looking a mess. The important information is always right there in the foreground; the other stuff, that's delicious gravy. Colourist Alex Sinclair gives us plenty of Eclipso's signature purple but never swamps the art, while letterer Rob Leigh cleverly adjusts the 'sound' for drama throughout.
Porter and Sinclair's mass market cover is exactly what this story suggests, while the variants provide unexpected treats - Amanda Conner and colourist Laura Martin's El Diablo vs Green Lanterns is gorgeous, while Jose Luis García-López* and Tomeu Morey's Cyborg vs Killer Frost is my favourite of the series. García-López has been covering DC's books since the Seventies and it's rare to see his work today - the weird thing is, I think he's peaking... 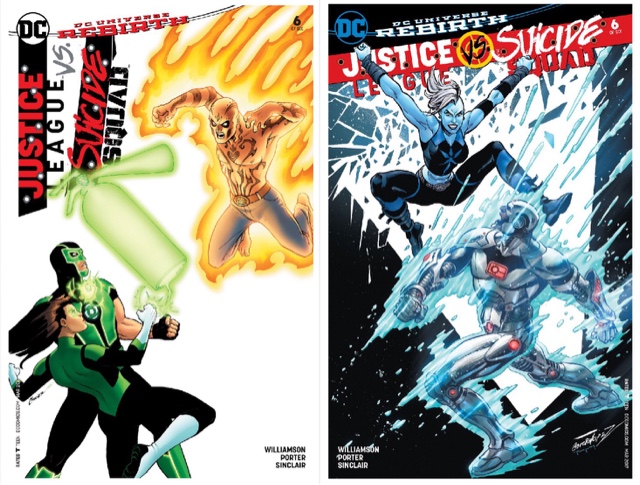 In its speedy six-week run, Justice League vs Suicide Squad has proven to be the best superhero crossover in years. Kudos to everyone involved, from Williamson and Porter to editor Brian Cunningham and his gang of assistants, associates and one consultant. Get started on the next one, huh?
* PRAISE BE HIS NAME
Alex Sinclair Amanda Conner Brian Cunningham DC Rebirth Eclipso Howard Porter Joshua Williamson Justice League Vs Suicide Squad #6 review Laura Martin Rob Leigh Tomeu Morey