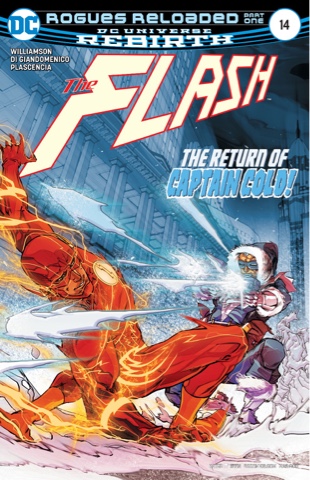 Things have changed in Central City. The Rogues who bedevilled the Flash for years have teamed up with him a few times recently to save the people from bigger threats. They've been pardoned, and vanished from the scene. New supervillains have emerged hoping to inherit their reputations. 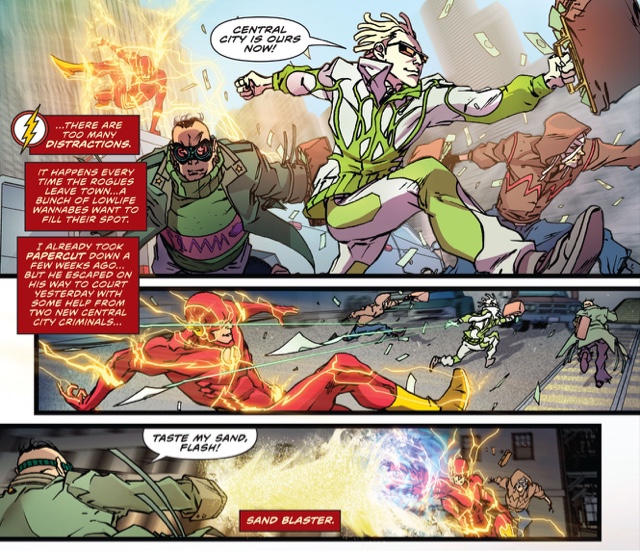 So far, they've been more of a nuisance than a threat, but the Flash knows they have to be taken seriously... even Captain Cold started small. And that's something we find out this issue as the Flash questions people in an attempt to learn just where Cold, Heat Wave, Golden Glider, Mirror Master, Weather Wizard and the Trickster have gone. He hopes they've gone straight but as a policeman and a superhero, he wants to know they're not causing trouble somewhere.
He starts out with the one man common to all the Rogues. 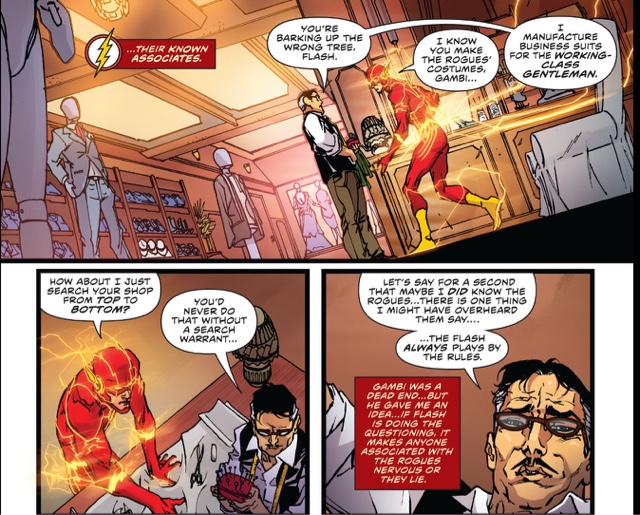 This is a job for Barry Allen! In his less flashy role, he speaks to people associated with the villains, from an ex-girlfriend to victims to Golden Glider's old ice skating teacher, before finally getting a real lead...
Once upon a time DC Comics did annual digests featuring the Year's Best Comic Stories and if they revived the practice, this issue would be a dead cert. It's a fast-moving superhero detective tale with a compelling lead, likeable supporting characters and dastardly villains. Writer Joshua Williamson lays out the history of the Rogues, showing how their relationship with the Flash and Central City developed and changed. He reminds us that while they've done some good things, they've left a trail of devastation, setting things up for this new story arc entitled, appropriately, Rogues Reloaded.
One reason this title is more apposite than Rogues Rebirth is that the New 52 changes, which saw the villains' powers internalised, look to have been jettisoned. Once more, it's all about the weapons, as is made clear from the cracking opening page on. And I love the return of Paul Gambi who, like the Rogues, dates to the early Silver Age. Plus, Iris and Wally West join Barry for a horror film marathon (John Constantine seems to even buying a ticket) to progress the Rogues plot and set up some future Kid Flash business. 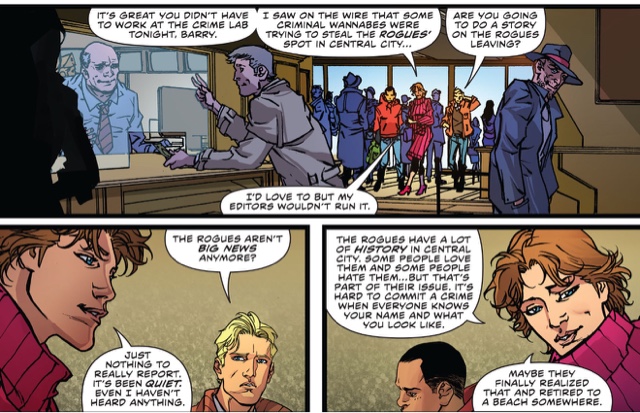 And the colours of Ivan Plascencia add a gorgeous vibrancy to the pages - together, the artists bring Barry's world to magical life. Every page looks superb, with the opening spread - complete with a literal Rogues' Gallery - especially eye-popping. 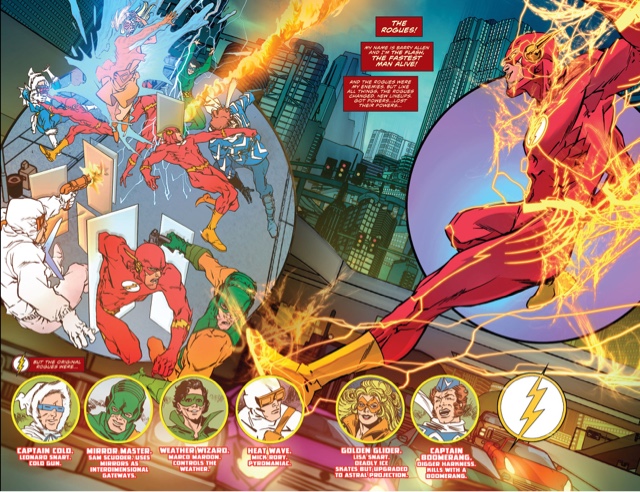 And I love this unusual presentation of the Flash in action. 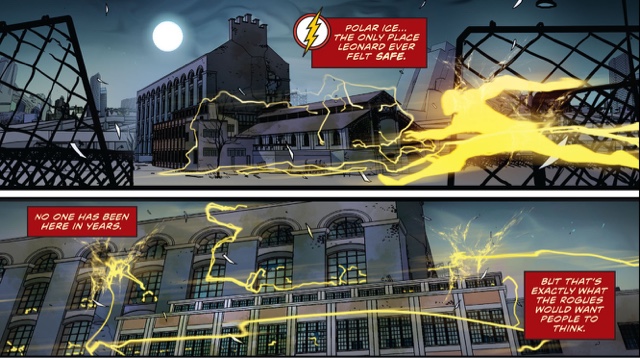 Then there are the small touches that see this series honour its past, from the Infantino Theater to the font Wands uses which nods to classic DC calligrapher Ira Schnapp's Silver Age Flash logo, specifically, the 'The'. 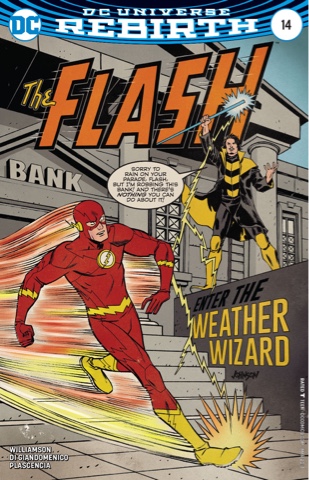 As for the regular cover, a full-colour piece by Di Giandomenico, it's excellent on its own terms.
If you've not been reading this series - edited by Brian Cunningham, Amedeo Turturro and Diego Lopez - here's a fabulous jumping-on point. It's a stylish update of classic Flash action and the best issue in years.
Amedeo Turturro Brian Cunningham Carmine Di Giandomenico Dave Johnson Diego Lopez Ivan Plascencia Joshua Williamson Steve Wands The Flash #14 review