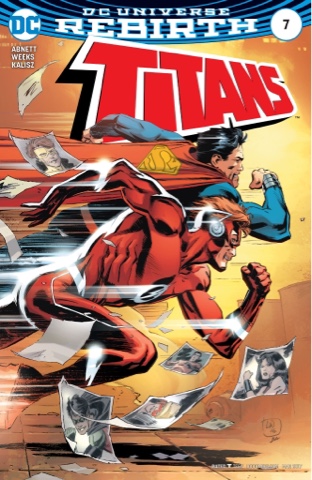 The Titans have moved to New York. Manhattan, to be precise, due to Lilith psychically spotting the word in the mind of just-defeated nemesis Abra Kadabra. Knowing he's from the future and obsessed with the Titans, they figure that's where they need to be. So they're building a headquarters and equipping themselves for action. With money from Bruce Wayne, an invisible jet from the Amazons and the incredibly impressive Atlantean equivalent of an IKEA flatpack, they're getting ready for action.
Helping them is lawyer Dale Cendali... 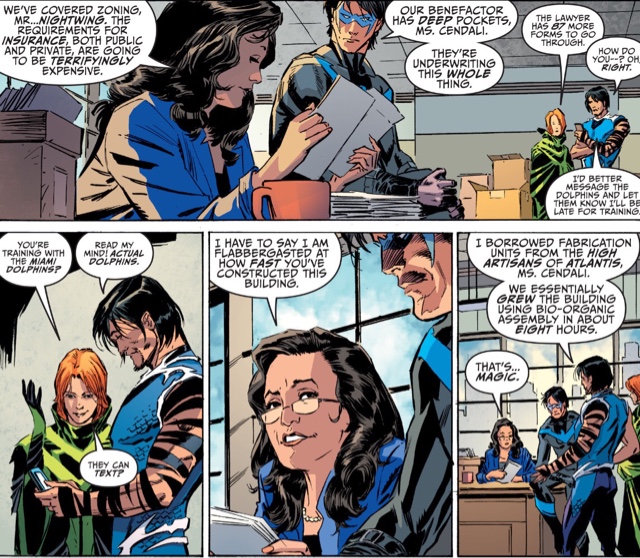 ...while new villain Tyler Wendt - let's hope he gets a codename should he return - is very definitely hindering things. 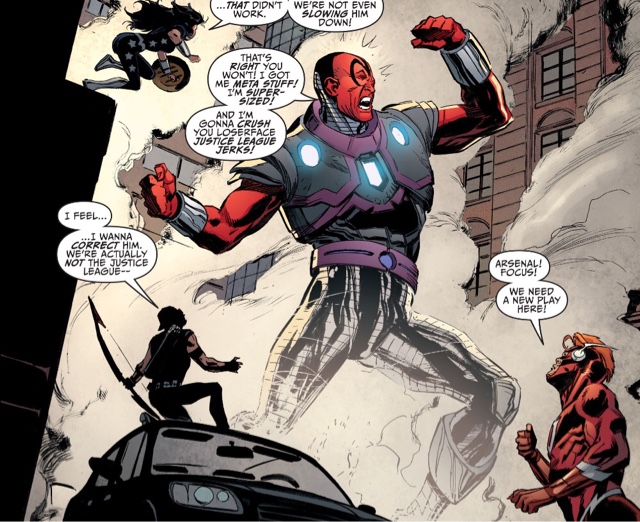 I like that good as Donna and Wally are, they're looking to Roy for a plan. And after he's had one, and calmed things down, there's some good old-fashioned Wally/Roy bickering with Donna in between. 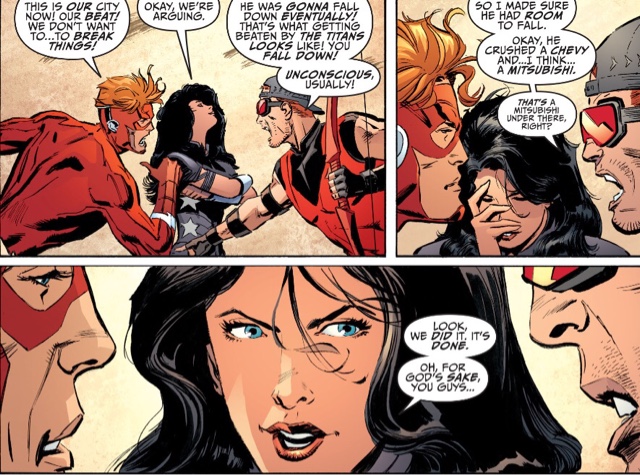 The arrival of Superman, though, helps Wally regain his focus - Donna and Roy are a tad overwhelmed - and soon he's talking to a hero who, like him, remembers another reality. 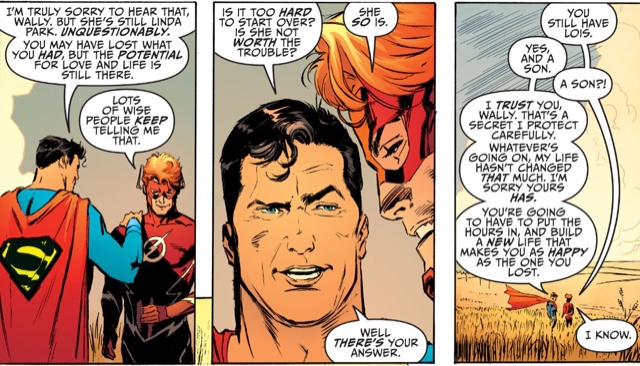 It's a wonderful encounter, typical of writer Dan Abnett's sure touch. Whether he's writing this book, Aquaman or Earth 2 Society, he fits characters and story together beautifully. Conversations are just right without being predictable.
And that's not the only heartwarmingly good moment this issue, as Donna and Roy confront the mysteries of the young Amazon's past. What's that you say, Donna's origin was seen in Wonder Woman within the last couple of years? 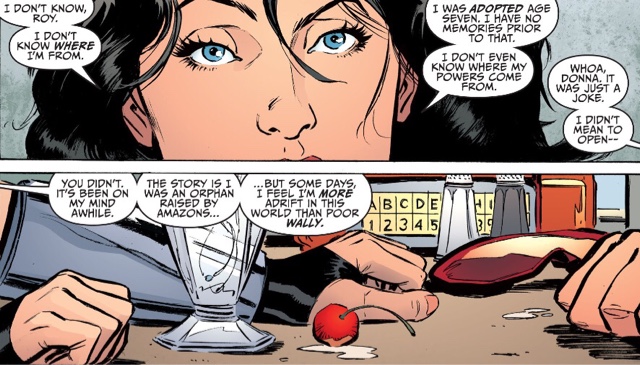 Oops. And thank the Greek gods for that, the New 52 Donna Troy was one awful mess. Here we have a Marv Wolfman/George Perez/Phil Jimenez Donna, something DC Comics always needs.
Oh, and look at the panel with the food - cherries in art can symbolise rebirth, as in DC Rebirth and Donna's neverending cycle of origins. It could not be more perfectly placed by Weeks.
Or it could just be that Donna fancied a sundae but not the topping.
Also this time, having not been around since the Titans Hunt mini-series that preceded this book, Karen and Mal Duncan are back to investigate Karen's Bumblebee powers - and wait til' you see who they hope will help them.
Lee Weeks, who I've not seen at DC since last year's wonderful Lois and Clark mini, is here to spot regular artist Brett Booth and it's a joy to have him. He gives the characters the emotional shades demanded by Abnett's script, as well as drawing the best Superman/Flash race yet. I won't spoil that one, so you can get your money's worth, but here's another taste of how he draws Clark and Wally together, with colours by the ever-excellent John Kalisz.

The issue ends with a look at the Titans' new headquarters. You're imagining it in your head now, aren't you? I was too, but it's nowhere near as naff as the original Titans Tower. 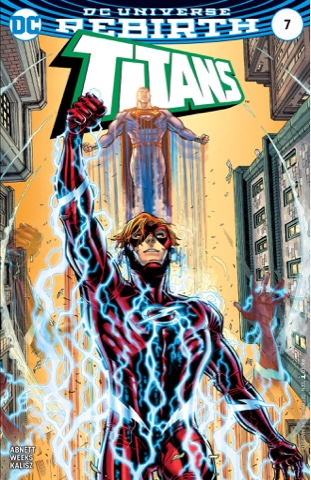