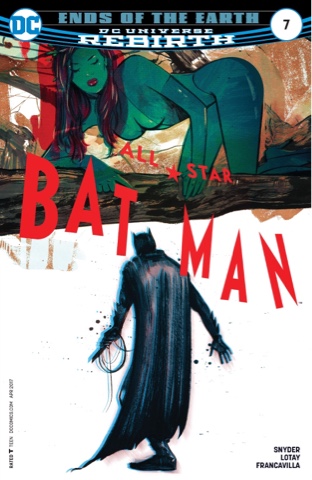 Poison Ivy is on the Nevada\California border minding her own business when Batman arrives. He wants her help stopping a killer virus released by Mr Freeze. He tries to appeal to her sense of humanity. 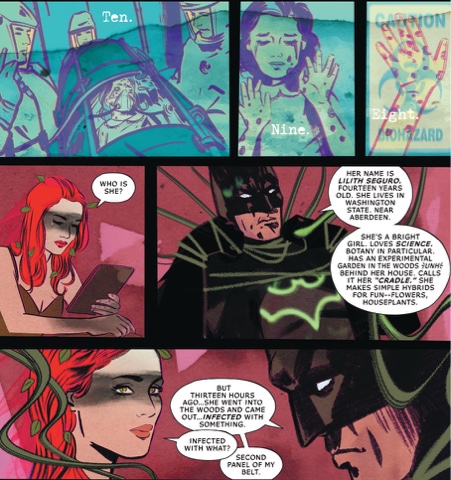 Meanwhile, a squad of Blackhawks are approaching, hoping to steal any biological advances Ivy has created from a Tree of Life she visits annually. Will Ivy release Batman from her deadly tendrils and help him or will she unleash the full force of her plant powers and kill them all?
It's fair to say Pamela Isley hasn't lacked for exposure over the last few years. She's appeared in all DC's animated titles, teamed up with Harley Quinn a lot, co-starred in Birds of Prey, had her own mini-series and of course, turned up in the Batman Family books. While I've liked the character since I was a little kid, her transformation from plant-gimmick villainess to Swamp Thing in a bikini made her less interesting to me. With this issue, though, writer Scott Snyder finds a fertile middle ground, making the goddess knowable once more. An opening snippet of a lecture reminds us of Ivy's beginnings as an academic, before an encounter with a bitter divorced dad shows us how truly human she is. 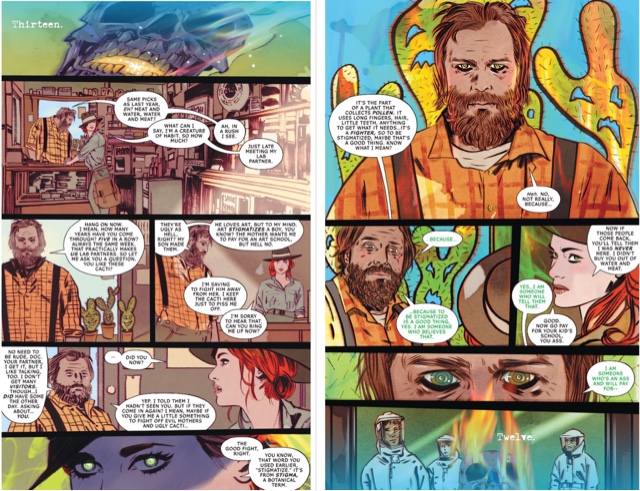 The rest of the story is basically a conversation with Batman but it's anything but talking heads, as Snyder wrings every drop of tension from an encounter between two people who really could be friends. It's Batman who comes out of it looking worse, not because he's the arrogant Bat-God of recent years, but because he simply can't trust that someone who has done terrible things would do the right thing simply because it's the right thing. 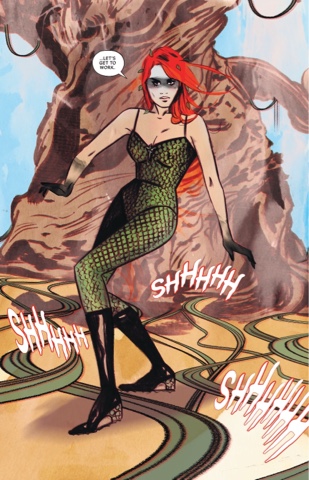 Tula Lotay pares back the over-sexualised Ivy whom fans have gotten used to of late for a stripped-down look closer to her original appearance, giving her a delicate strength, and the approach serves the story well. This male's gaze stays firmly 'up here', where Lotay has the eyes tell the story... Ivy is a woman with a deep history, a rich inner life, someone who has occasionally given in to her darker impulses yet still has hope for the planet. By the end of the chapter, after Ivy throws in a proviso that addresses something that had bothered me, I'm wondering why the heck Killer Frost is invited into Batman's new Justice League, but not Ivy.

Lotay draws and colours the story, impressing with such sophisticated yet unshowy touches as the map background for Ivy's roadtrip. Snyder, meanwhile, sets up a countdown approach to the narrative which pays off beautifully. And letterer Steve Wands ensures the script looks crisp and even. 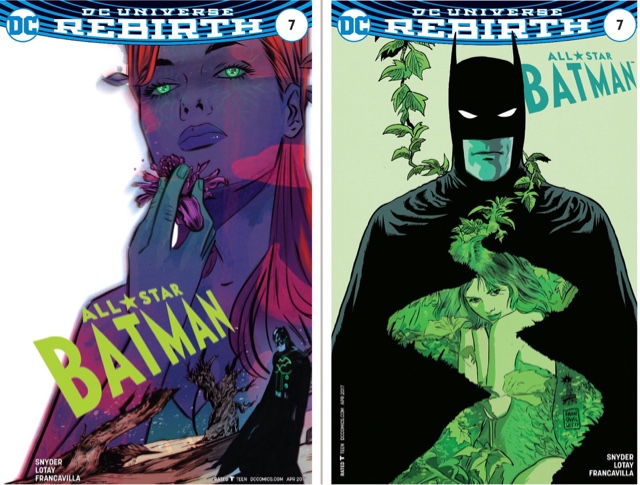 Francesco Francavilla contributes a moody variant to complement Tulay's main cover and another alternate, also by Lotay. The main cover has an unusual layout but its Ivy is rather too 'come hither' for my liking. Lotay's other cover is wonderfully eerie.
The back-up tale continues the Cursed Wheel serial, in which new not-sidekick Duke tries to understand how he fits into a hue-based psychological concept of crimefighting devised by Batman and Alfred. 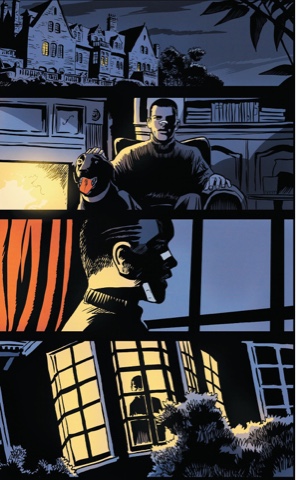 These eight-page chapters by Snyder are intriguing, and with collaborators like Francavilla - here also providing full-colour art - look wonderful, but coming and going so quickly, they're unsatisfactory and a little frustrating. I'm looking forward to all the chapters being out there so I can read them in one go... like Duke, I need to see the big picture.
Still, All-Star Batman gives me a wonderful portrait of Poison Ivy, the best I've seen in years.
All-Star Batman #7 review Francesco Francavilla Poison Ivy Scott Snyder Tula Lotay