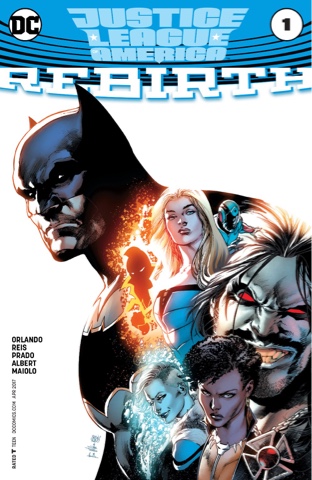 Having proved she really doesn't want to be a villain, Killer Frost is taken by Batman to the cave once used as an HQ by the original Justice League of America. She's to be the first member of a new team, one with a specific remit. 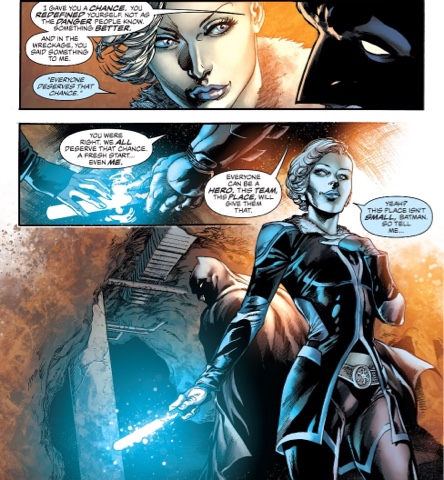 Soon, Caped Crusader and frosty friend are on a tour of the DCU, gathering members. They don't all obviously need a second chance. 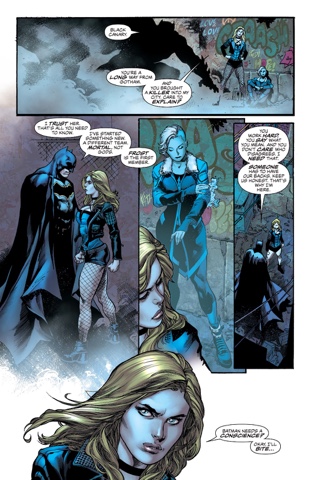 After Black Canary, it's Lobo, the Ray, Vixen and new Atom Ryan Choi - Batman was hoping for his mentor, Ray Palmer, but he's missing in action.
As getting the team together issues go, this is pretty straightforward. It's also pretty great as writer Steve Orlando wastes no time in getting to the introductions. Straight away, sparks fly between the characters, with Black Canary and Lobo an especially fun dynamic.
And the prospect of cosmic mechanic Lobo becoming a replacement mentor for Ryan - the Fonz to Ryan's Richie Cunningham - is as surprising as it is fascinating. 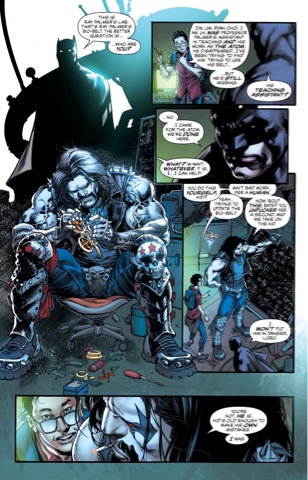 After that we get an update on Ray Palmer's old trick of crossing the world by telephone. I've missed this unique bit of Atom business. 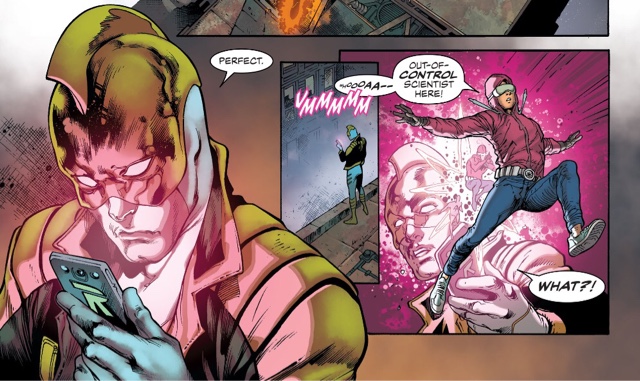 I'm intrigued by Batman's in-passing remark that something big is coming and curious as to why on Earth someone who wants to be seen as a heroine might keep the name Killer Frost - maybe we could have a Name That Heroine contest... though I suspect Lobo would win. 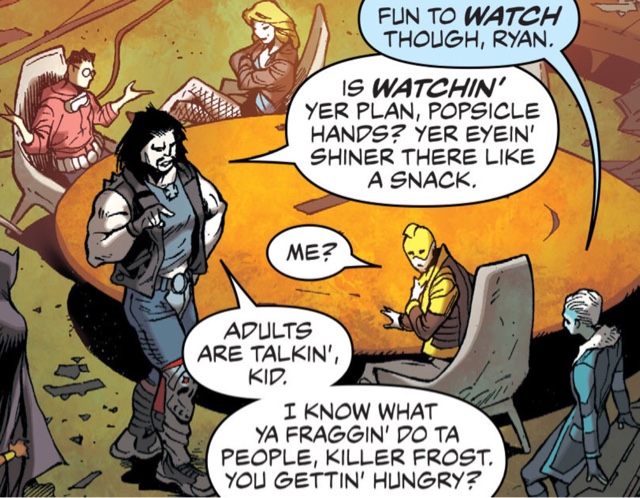 Certainly we could have a guessing game as to what Lobo's twice-uttered term 'Tribb' means - I have it on good authority it's a treat for 'deep-dive Lobo fans'. Any ideas?
The big question is why on Earth Batman might believe he's got the time - see several dozen existing sidekicks - or the character- 'GET OUT OF MY TOWN' - to shepherd this bunch into a team. And what's with this business of 'heroes they can know, not gods to inspire them', it's not that far off the kind of talk that makes us hate Generals Lane and Eiling, or Lex Luthor. In what Bat-reality are characters as insanely powerful as Lobo and the Ray less 'godly' than such Leaguers as Wonder Woman or the Flash?
I don't know, but Steve Orlando is sharp enough to have a plan. He's brought together a cast of characters disparate enough to be interesting together, and as none of them bar Batman have solo strips he likely has leeway to go wild. Certainly the Geoff Johns-style 'coming soon' page at the end promises great things.

Penciller Ivan Reis, inkers Joe Prado and Oclair Albert and colourist Marcelo Maiolo make a great team; Reis' smart storytelling chops are on display throughout, with strong character work and ambitious angles pulled off with apparent ease, while Prado and Albert ensure things look sturdy, but never lumpen. As for Maiolo, his colour sense and mastery of light sources is terrific. And having condemned Ryan's latest costume in my Atom Rebirth review, I must say that a simple red hoodie and blue jeans combo works for him. 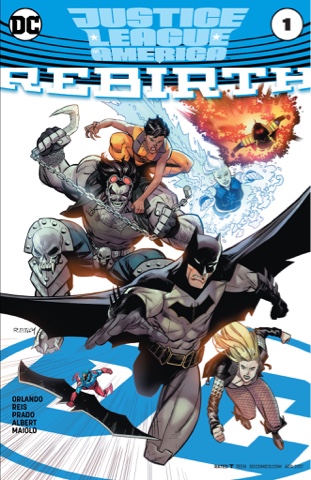 The art team provides the main cover, which is really nice if you ignore a rather lost Ryan in that horror of an outfit. The variant by Invincible's Ryan Ottley with colourist Sonny Gho is all-out lovely - now that's how to present a Tiny Titan.
Justice League of America: Rebirth is a splendid beginning to the new series. I was dubious about Lobo's inclusion, but Orlando returns to us the Main Man I liked from his L.E.G.I.O.N. days. As for the actual heroes and wannabe good gal, Orlando does them proud, especially Vixen, whose animal channelling is more imaginative than ever. With such intriguing bits of business as a Museum of Unnatural History and a cameo by a useless villain from DC's animated universe, I love the world of JLA. This new group may not be the World's Greatest Super-Heroes, but they might just make the upper echelons.
DC Rebirth Ivan Reis Joe Prado Justice League of America: Rebirth #1 review Marcelo Maiolo Oclair Albert Ryan Ottley Sonny Gho Steve Orlando