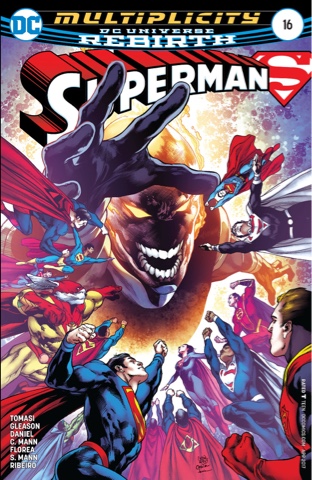 Superman has allowed himself to be captured by the monstrous villain known as Prophecy. As it turns out, in his own mind, Prophecy is a good guy. 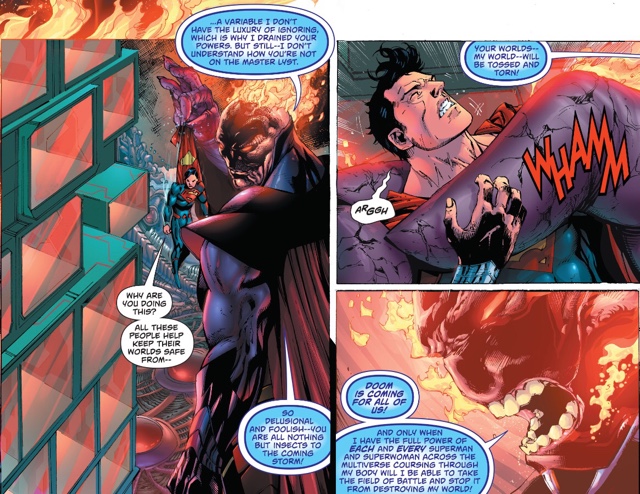 Superman's not convinced, given he's had his powers drained and is tossed into a big hole where previously defeated Supermen are being forced to dig their own graves. Among them is New Super-Man Kenan Kong, who's been itching to meet his inspiration.

Superman aims to lift the general tone of despair. 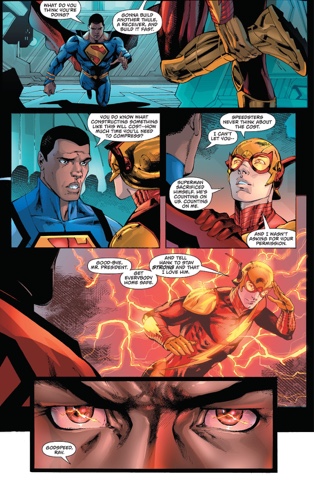 Well, if you've read the seminal series Crisis on Infinite Earths you'll know where this is going. Where the alternate Supermen in the grave are displaying a surprising lack of hope, this Flash has the indomitable will of Barry Allen, the shining spirit of Supergirl.
His sacrifice allows Justice League Incarnate to reach Superman's side and the new Ultimate Thule craft is key to the defeat of Prophecy, who winds up the prisoner of the mysterious Mr Oz. But to what end? What does Prophecy mean when he speaks of a coming storm, a threat so big he felt he had no choice but to steal the powers of (other?) Supermen.
Of course, belief in the rightness of your actions is no excuse for the torment he puts his captives through. I hope writers Peter J Tomasi and Patrick Gleason give us Prophecy's full story at some point. After he disappears from the battlefield and everyone goes home, we get a lovely, sweet scene between Clark and Kenyan, just hanging out. 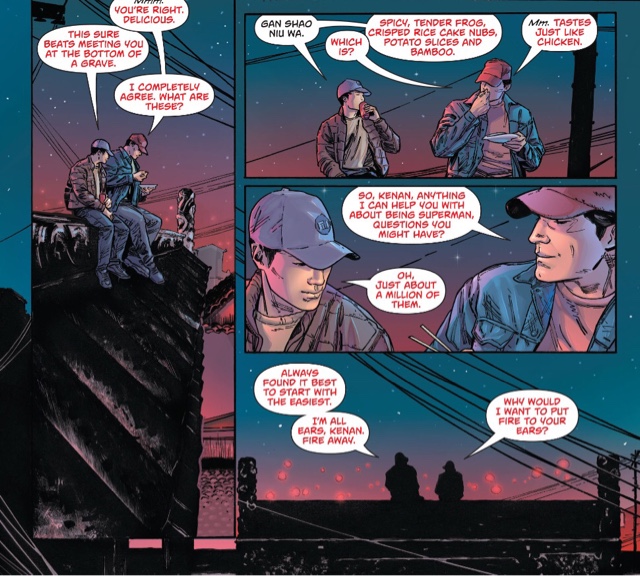 Hopefully they'll have a proper, honest to goodness team-up before long.
I admit, I'm not great at recalling the details of such Grant Morrison stories as Superman Beyond and Multiplicity; the broad strokes are there but such things as how music powers the Ultima Thule? Forget it. It's all just stylishly self-conscious superhero magic, but I get enough of the concepts to understand the story. Gleason and Tomasi pace their tale such that there's no pause for breath, especially when they begin transitions back and forth between a desperate Red Racer, a pensive League and a delightfully matter-of-fact Superman. It makes for an exciting, suspenseful sequence.
Pencillers Tony S Daniel and Clay Mann, and inkers Sandu Flores and Seth Mann together bring us a lovely looking comic, full of big, eye-assaulting images and more intimate moments. Giants are common in comics, for instance, but the way Prophecy dwarfs his captives and underlings is something else. 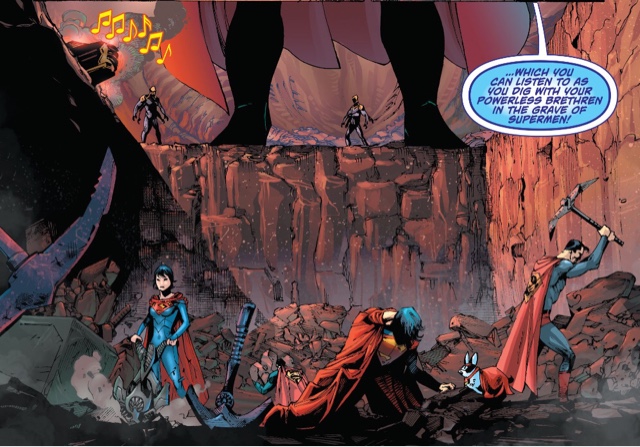 Dinei Ribeiro isn't a name known to me but his colours make the multiverse seem that much more marvellous, with suddenly glowing 'S' shields a great visual signifier of returning power. Rob Leigh's lettering is as fine as ever, with Prophecy's full-of-foreboding speech treatment worth a mention.
Once more, digital buyers get to see both covers. The 'standard' image, by Ivan Reis, Oclair Albert and Marcelo Maiolo, makes a big impact, while Daniel's variant, with colourist Tomeu Morey, is a moody masterpiece - yes, I've said many a time that red-eyed, grim Superman is a terrible cliche by now, but look, he's shattering his own logo! I can't resist covers with the masthead interacting with the art. 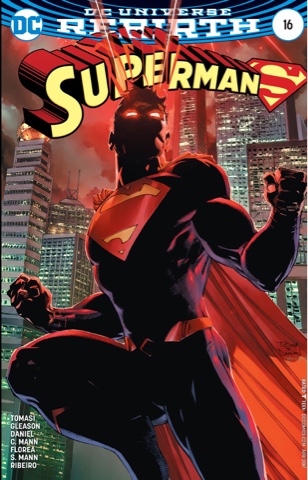