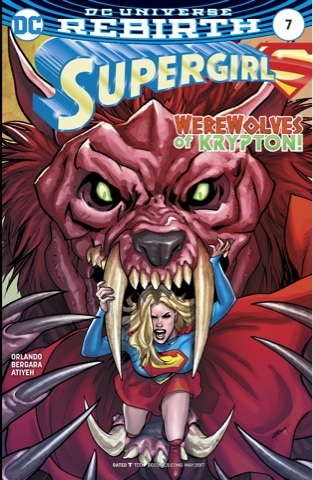 The big opening epic is over so Kara has some downtime. When you're Supergirl, mind, downtime means trying to help one of your former antagonists. Namely Lar-On, the werewolf from Krypton. He's in stasis after Supergirl stopped his dangerous rampage, triggered by his escaping the Phantom Zone, into which he'd been projected by Kara's father, Zor-El, when he failed to find a cure for his cosmic lycanthropy (phew). 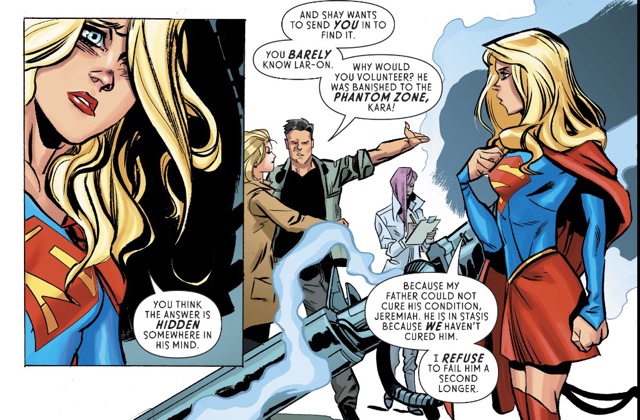 That's our Supergirl, feeling some responsibility, owning it, but not in an angsty way. She's too busy moving forward, ready to risk her own freedom to find a way to cure Lar-On, by understanding what causes him to transform.
She meets a young man who dreams of going to the stars, while his father constantly brings him down. She meets him in wolf mode, multiple Lar-Ons, a pack of bitter, disappointed souls. Also there is the boy Lar-On, a pink pre-teen wolf. Kara has only a few minutes before she has to leave Lar-On's psyche, and he's the one controlling the horizontal, the vertical. 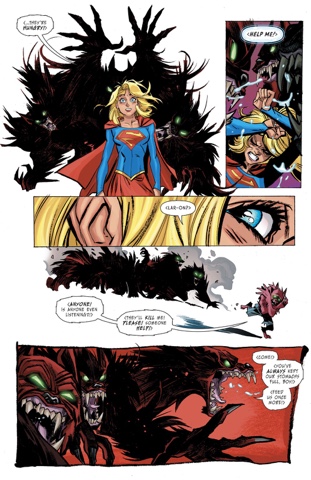 And when things do look brighter, in comes pappy once more, to gnaw away at his son's sense of self. 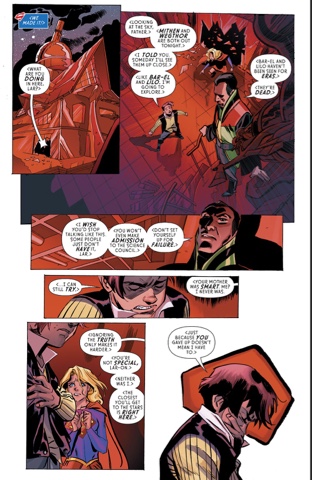 But when the father goes, Kara can intervene. Not with a lecture, but by listening to a boy who's never been able to find his voice. This is true super hearing. 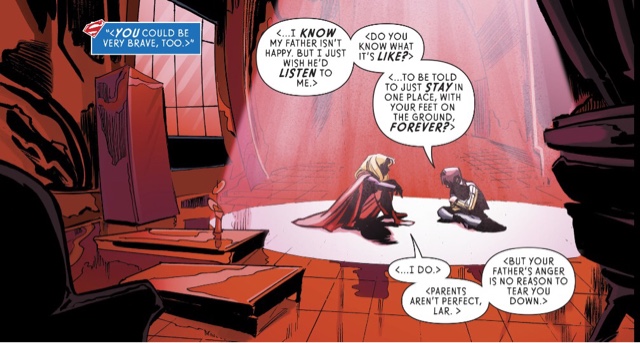 There follows a moment of real catharsis, one that inspires the boy and will likely lead to the man flying free. It's a terrific illustration of the character of Supergirl - she never gives up, and she gives others every chance to follow her lead.
We see more of Kara's compassion in an epilogue acknowledging the recent losses in National City. This issue also gives us a little more information about Dr Shay Veritas' current status and a possible hint of romance, we see Kara's adoptive father Jeremiah Danvers being charmingly protective, and Kara gets a visit from some guy in a cape. 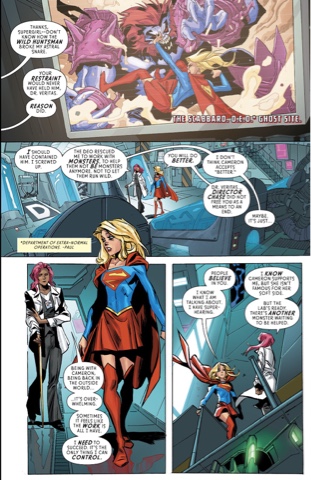 It's another terrific issue for writer Steve Orlando, cementing his version of Kara, a young woman who's a hero first and super second. If she wasn't a flying powerhouse she'd be serving and protecting in some other way.
Orlando presents Lar-On's father as really terrible, but not a one-dimensional loser; he's broken, wallowing in his bereavement and transferring his negativity to his son. What a shame he never had a Kara to help him.
Trivia nuggets for ancient fans such as myself include obscure villain the Wild Huntsman, and All-Star Superman alumni Bar-El and Lilo.
Guest artist Matias Bergara grabs his chance to show off, taking Orlando's script and squeezing out every last bit of emotional weight. Kara's resolve, Lar-On's fragility, Jeremiah's concern... it's all there. His Supergirl is lovely, and he respects the body language regular artist Brian Ching has developed for Kara, while making her look less doll-like. And there's a real energy to scenes such as Kara dropping right out of a panel. 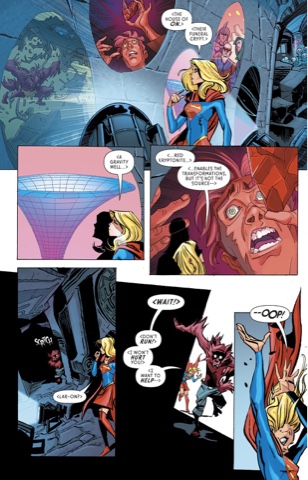 I hope he comes back whenever Ching needs a break.
Also contributing to the visuals this time are Emanuela Lupacchino, with a cover that gets to the heart of the issue, and Bengal, whose composition would benefit from a stronger wolf shadow. 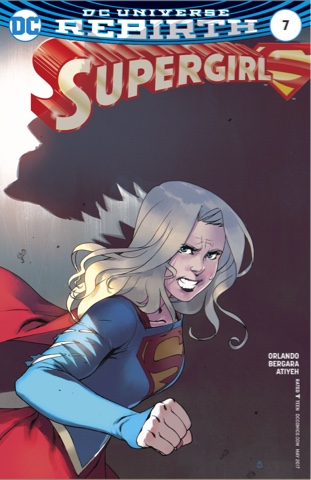 Next issue looks to be the true beginning of the return of the Legion of Super-Heroes to the pages of DC Comics. On this form, Kara would make a worthy member.
Bengal Emanuela Lupacchino Matias Bergara Steve Orlando Supergirl #7 review