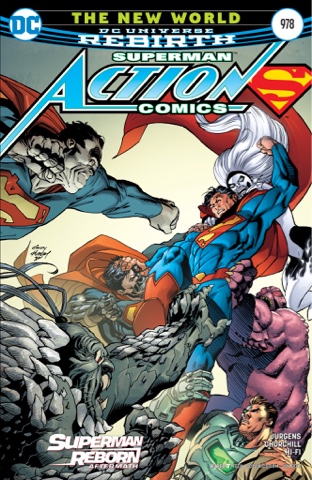 Superman continues his trip into the past via the Fortress of Solitude's crystal collection (not available on QVC). Having been told by Mr Mxyzptlk that his history was altered, he's out to learn what doesn't match his memories.
The problem is, that as his memories were tweaked, reality was tweaked too, so what he sees is what he recalls. Emotional connections are intact, so he's none the wiser by the end of the issue.  While the reader notices that Jackee, the reporter introduced by writer Geoff Johns a couple of years back, was now at the Daily Planet before Clark, likewise Steve Lombard with ugly moustache, for Clark it's history.
This concluding part of a two-issue primer on Superman's life takes us from his first day 'on the job' to the recent Mxy encounter, via his exaggerated death, marriage to Lois and the birth of Jon. 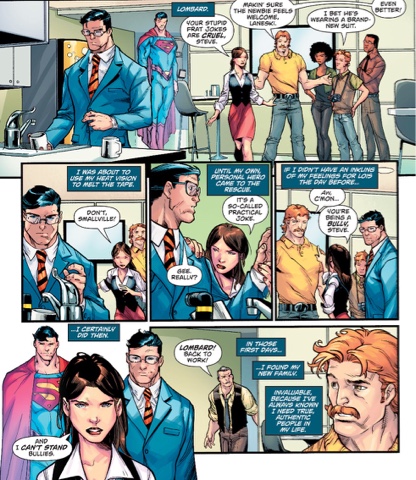 As of now, Jonathan and Martha Kent died at the same time; he donned the New 52 costume just after his 'resurrection' post-Doomsday; he had Batman and Wonder Woman present at Jon's birth to keep enemies at bay; he and Lois moved to California as a safe space for the baby to spend his first few years, then back east. 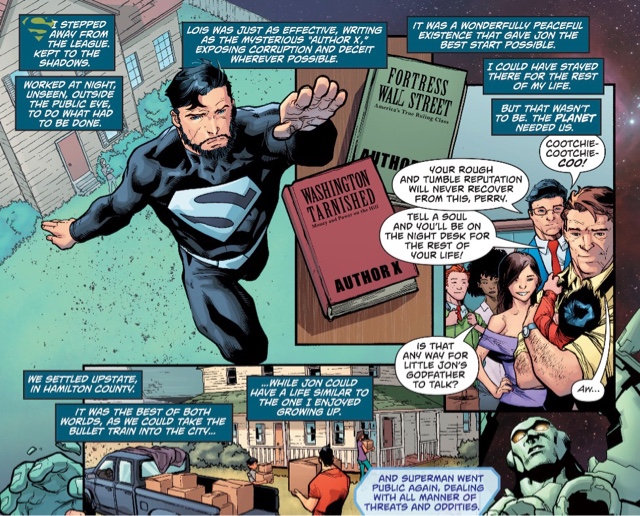 All the detail might be exhausting were it not fascinating to this old fan of super-minutae - writer Dan Jurgens elegantly blends Superman eras from the Eighties onwards, while setting the scene for new adventures.
But while Superman really can't say anything is wrong, and he's certainly in a happy place with Lois and Jon, the nagging feeling doesn't go away. Finally, it becomes manifest. 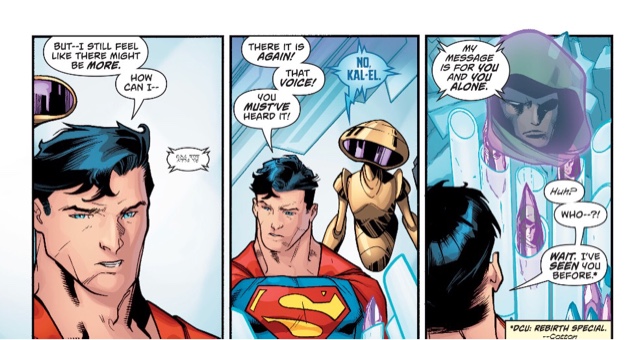 This is new. When Mr Oz previously unveiled himself to Superman he was content to be enigmatic, and since then he's stayed resolutely behind the scenes. Now he's attacking the Fortress, wrecking something that means a lot to Clark. Warning, or declaration of war? It doesn't matter, the result is the same - one angry Superman.
On the Moon, meanwhile, the mystery being who last issue gathered the Eradicator, Metallo and Blanque shows himself. That's a last-page reveal so me no spoilee, let's just say that traditionalist Supergirl and Superman fans will likely approve.
The only thing I don't approve of is this panel. 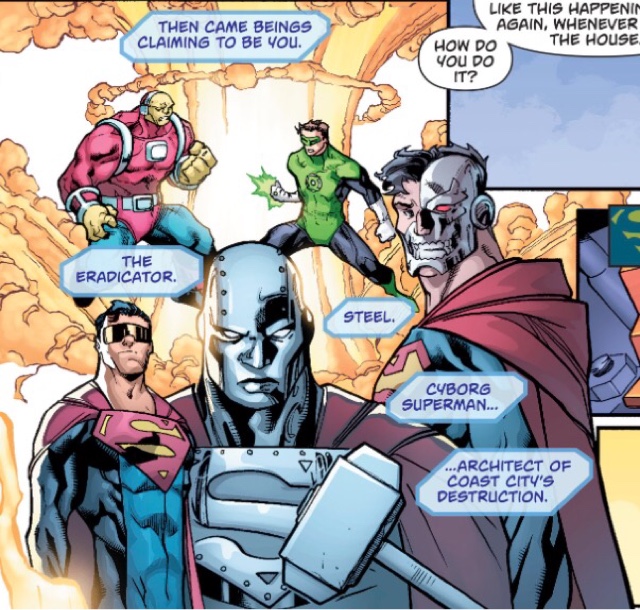 Never mind the eradication of The Kid, Kon-El, unless I missed an earlier continuity tweak, Steel never claimed to be Superman, though Lois considered the possibility that Superman's soul had somehow taken over John Henry's body. Unless the idea comes up again, I'm just going to assume this is Jurgens having a forgetful moment, rather than the reality rewrite, as I can't imagine how it might improve Steel's legend.
Last issue's Ian Churchill art was a gorgeous surprise, and I'm disappointed he's not around this time. That said, this issue's pencil and inks team of Carlo Barberi and Matt Santorelli produce good work, packing the panels with villains, heroes, friends and family, while keep the storytelling not just legible, but stylish. House of colour Hi-Fi add extra layers of goodness, with the entire art team - and I include regular Superman letterer Rob Leigh - particularly popping in the space-set scenes. 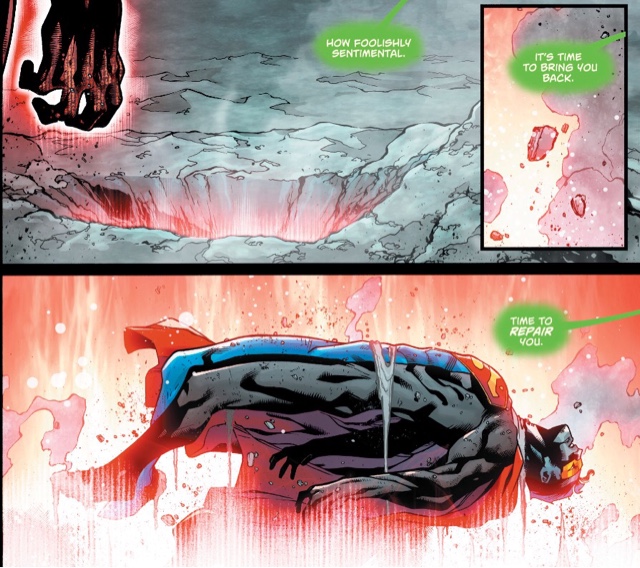 Illustrator Gary Frank and colourist Brad Anderson continue their run of gorgeous alternate covers with a variation of this issue's opening scene... imagine how great this would look with the classic costume seen within. The regular cover is an action-packed image from Andy Kubert, again coloured by Anderson; it's a little busy - the removal of the ever-ugly Doomsday would certainly help, and the choice of dull sludge for the background doesn't help. 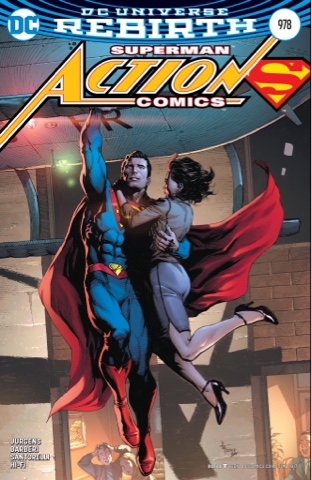