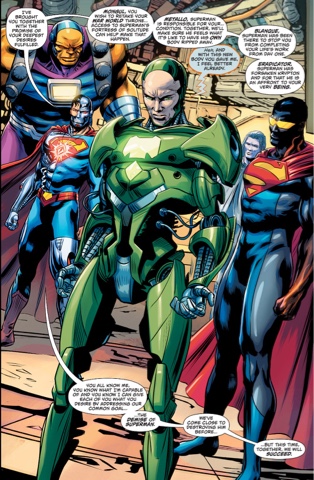 So nobody wants a brain, a heart or the noive?
In Metropolis, Superman has become aware that Blanque, Mongul and the Eradicator wrecked his secondary Fortress and fears for the safety of his family. 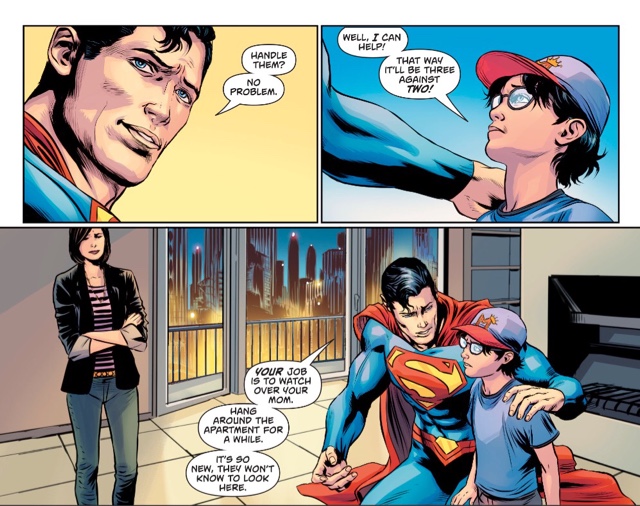 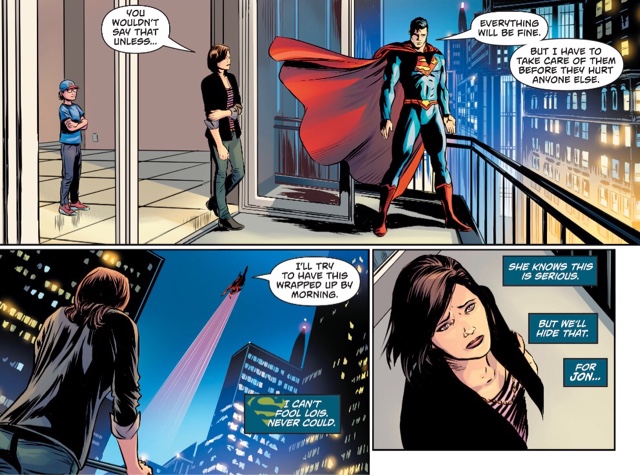 That's a surprise. I was expecting him to take them to the JLA satellite, or secrete them in the 31st century. Hide them behind the couch? Something. But leave them in Metropolis, assuming they're safe, despite knowing his enemies' resources? The Eradicator can home in on Kryptonian cells, Blanque is a psychic, Mongul... heck, he's Mongul.
Also taking me by surprise was this exchange at the aforementioned JLA Watchtower.

This isn't Superman being challenged to a game of Kryptonian ping pong, he knows he's facing two enemies who destroyed Coast City, and a third who considers mass murder to be art. This shouldn't be a matter of pride, if Superman fails, millions could die. Superman seems to have caught Batman's old arrogance disease, whose Latin name would translate as 'Get out of my town'. I'd be amazed were Batman not on the blower to other heroes the minute Superman shoots off.
Our hero zooms down to Belle Reve prison, which was taken over by General Zod in this week's Suicide Squad #18.  The Eradicator and Cyborg Superman want to recruit Zod, but to get to him they have to get through the Black Vault energy field.  Comprising a nightmarish version of Phantom Zone energy, it makes living beings face their fears. For Cyborg Superman, it's becoming a monster and losing his wife.
For Superman, it's something equally close to home... 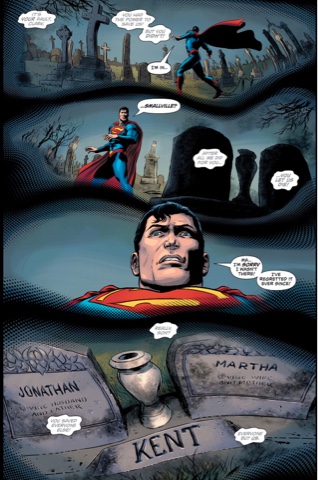 Superman's fears are pretty classic, and I doubt they'll last much past this issue's cliffhanger. Cyborg Superman's last just long enough to clue readers in on his origin; his vision doesn't address the little matter of alternate Cyborg Superman Zor-El, which has me suspecting that's been waved away as of Superman Rebirth.
Knowing writer Dan Jurgens, he has a plan to deal with my earlier quibbles. If Lois and Jon are left as potential prey to villains, it's so they can be awesome when an attack comes. If Superman says he'll handle something alone, you can bet there's a metahuman cavalry coming. For now, we get a splendid exchange between Superman and Batman around Task Force X, Amanda Waller's Suicide Squad. 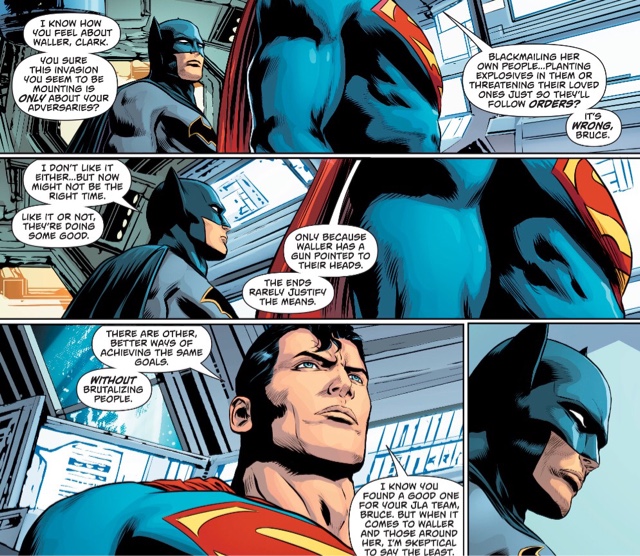 Superman's moral compass remains sound.
The Cyborg Superman/Eradicator duo make for a formidable pair, but how the heck they think they can get super-psycho Zod on side is beyond me. We'll find out soon enough.
Patch Zircher's storytelling skills just keep getting better. From little Jon to great big bruiser Mongul, Zircher gets his people and postures right; just look, for example, at the worry etched into Lois's face, above. Heck, all three Kents in that balcony panel can easily be 'read'.  While I don't yet see that Supeman's nightmare vision is needed to progress the story, it does give Zircher a chance to go wild with horrific images. My favourite pic this issue is the splash page shot of Superman flying downwards - a rarely seen angle that proves a real winner.
The only thing I don't like about the art is Metallo's new body, which is like a cross between Lex Luthor and the slinky robot design of late Eighties Brainiac. Plus, it's too epicene - Metallo should look like a bruiser, not a slinky cyborg. Still, he is after a new body, so an upgrade may be coming. 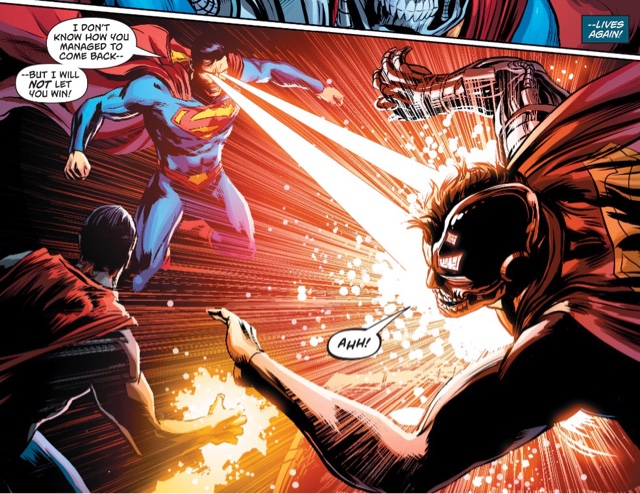 Colour house Hi-Fi, as is often the case, particularly shine when alien energy is a-flaring, while Rob Leigh keeps on keeping on with those fine letters. 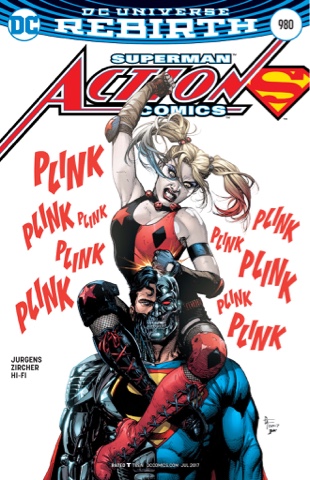