The Fall and Rise of Captain Atom #5 review 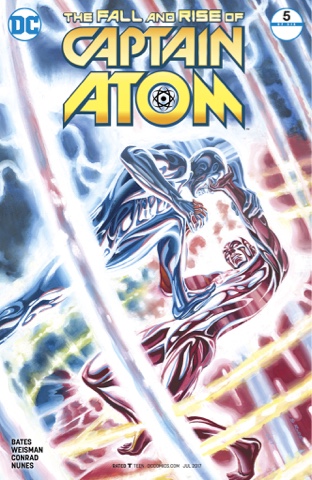 A freak connection to Captain Atom has made condemned man Max Thrane a quantum killer. He's beaten Cap - Nathaniel Adam - and gone on the run, but is our hero's boss, General Eiling, worried about what he may do next? 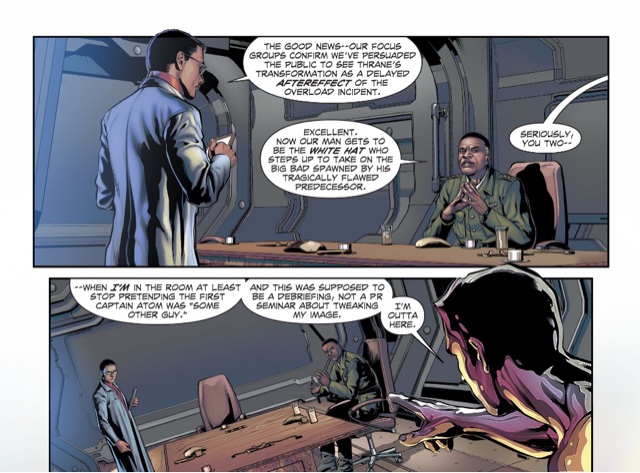 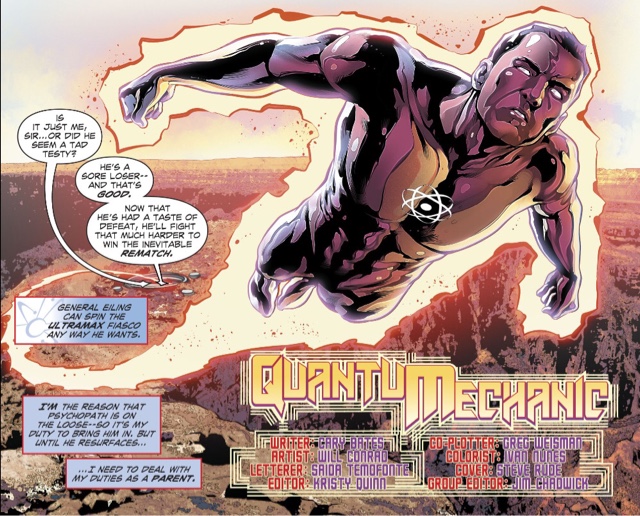 Nope, the man is addicted to lying, alway finding some excuse to disseminate that ol' fake news. With no leads on Thrane, Nate decides to take some personal time, find out more about the son he's only just learned he has. Don't think 'deadbeat dad', think 'time-displaced poppa' - Nate would have found out his wife was pregnant had he not been thrown forward in time from the 1990s. Now he's in 2017, she's in the grave and son Genji's in a strop. 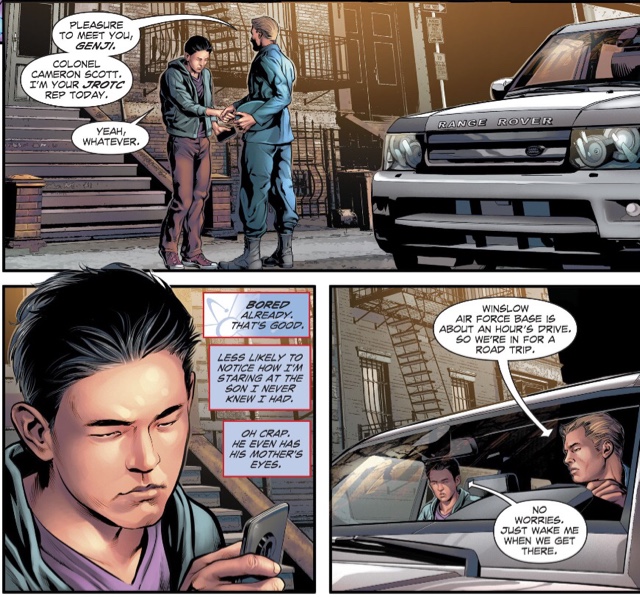 Thane, meanwhile, is insisting on being addressed by his new villain name. 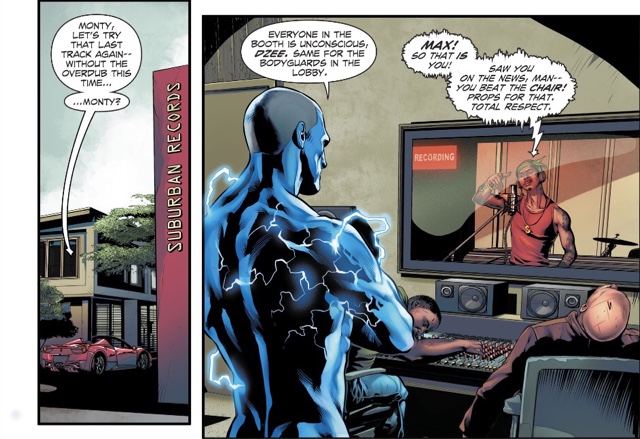 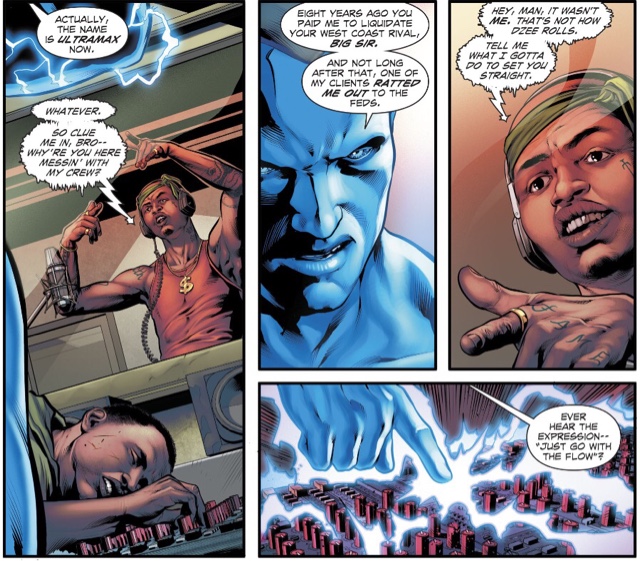 He's also killing off old employers - well, folk who made use of his particular skill set, convinced one of them sold him out to the authorities.
Having wormed his way into Genji's good books (not telling him he's his long-lost father helped) Nate gets to know the lad some. 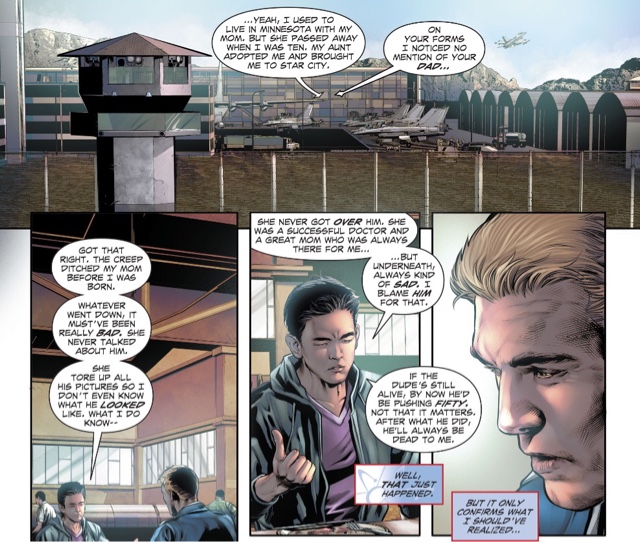 Poor guy. It's hardly his fault. The only thing that could make the day worse would be another run-in with Ultramax. 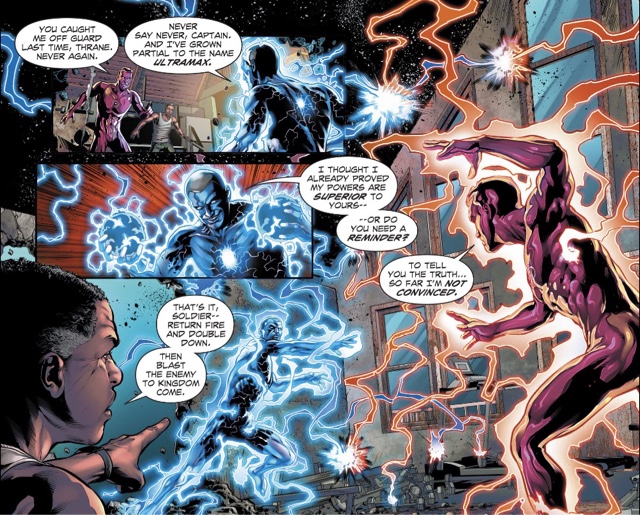 Excellent. There's nothing more fun than a superhero having a rough day, and it's not like Captain Atom doesn't win out in the end, demonstrating that experience beats raw power any day of the week. There's probably an Aesop's Fable in there somewhere. The Quantum-Powered Hero and the Quantum-Powered Villain or something.
Writers Cary Bates and Greg Weisman could likely come up with a snappy title because they're good. Very good. In just a few issues they've remade the New 52 Captain Atom into a hero recognisable as the Justice Leaguer they wrote in the Eighties. OK, so the villain, Ultramax, looks more like that Captain Atom while our guy is more like Major Force with his shiny purple bod, but they've a whole issue left to straighten that out.
Or not. Given that General Eiling and Dr Megala have retained their New 52 looks, it could be that the change is permanent. Well, indefinite, this is comics, after all. But silver is as close to iconic as Captain Atom ever got - purple is just weird.
Does that sound like a complaint? It's not, really, more me musing, a request, perhaps. Because I'm hugely pleased with how this mini-series is turning out, as Bates and Weisman rebuild old worlds and open new ones. The voice they've given Adam is convincing, he's a good man in a tough situation without enough faith in happy endings to tell his son the truth. And it's difficult to blame him.
Ultramax is a decent utility villain, but I wish he weren't another quantum type, we've already seen Major Force in this series. While Nate's sheer power level makes similarly charged foes an obvious go-to, it's not like Bates, at least, lacks experience creating challenges for almost infinitely capable heroes - he wrote Superman and the Flash for years.

The art continues to look amazing, with Will Conrad's illustrations, coloured by Ivan Nunes, making this a glorious feast for the eyes. Hero and villain blaze with power, while the supporting characters look to have real emotional lives. And if some trees appear more like refugees from a snowglobe app than marks on paper, I can live with it.
Steve Rude makes a rare visit to DC, gifting us a gorgeous cover. I wonder, though, how many casual readers looked at it and puzzled over which guy was Captain Atom.
There's been no announcement of a continuation or sequel series as yet; I'd love more, but if this is the only solo outing Captain Atom gets in the next few years, at least it's been a great one. Bring on the climax!
**** 8/10
Cary Bates Greg Weisman Ivan Nunes Steve Rude The Fall and Rise of Captain Atom #5 review Will Conrad